Watch Dremo perform "Talk and Do" live on Glitch Africa 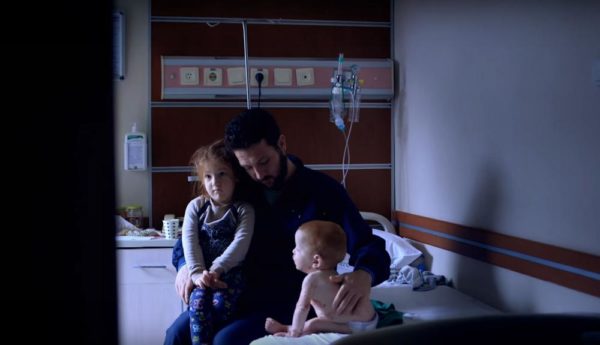 As U.S. President Donald Trump’s revised travel ban takes effect, a Fault Lines documentary on Al Jazeera highlights the consequences of a blanket policy that closes America’s doors to those with the most to lose. In February, Trump suspended America’s entire refugee program for 120 days and signed a revised 90-day ban on travel to the US by citizens of six predominantly Muslim countries – Iran, Libya, Somalia, Sudan, Syria, and Yemen.

His initial travel ban was suspended on legal grounds within a week, but for some families, the damage was already done.

The Ban tells the stories of a pair of siblings in Turkey, aged six and two, in need of life-saving medical treatment, and a two-year-old cut off from his parents.

The Syrian family were due to travel from Turkey to the U.S. in December for treatment but at that point, Abdul Ghani’s youngest son, two-year-old Abdul Jawad, was too sick to fly.  Their trip was postponed to 1 February 2017, but then cancelled. Some sources suggest the family’s security clearance may have lapsed, but Trump’s executive order would have stopped their trip anyway.

Days later, Yahya’s health took a turn for the worse. “He got sicker after he heard he wasn’t traveling anymore,” says his father. “He was badly affected. Very badly affected.”

Yahya passed away during the making of the documentary, a child in an adult ICU at a hospital that lacked a pediatric ward.

According to medical records, Yahya’s brother Abdul Jawad probably has the same condition. His health is deteriorating as the United Nations High Commission for Refugees (UNHCR) looks to move the family to Germany instead.

“Where’s the terrorism in them? Look at them,” an emotional Abdul Ghani says about his sons in the documentary.

The Ban also tells the heart-rending story of Dilbireen, a two-year-old Iraqi burn victim in Michigan, separated from his parents by the ban.

“He needs surgery for up to a year,” says Adlay Kejjan, the 29-year-old paramedic who took care of him during this time. “So to separate the parents after he suffered so much, I think that’s inhumane.” Dilbireen’s parents finally got their visas and reunited with their son on February 20 2017, after two members of Congress intervened. His parents hadn’t held him in three months.

When asked what he would say to the likes of Abdul Ghani and his family, Republican congressman Lou Barletta told Fault Lines’ Sharif Abdel Kouddous:

I sympathize. Yeah, sure I do, but I sympathize with American victims. So we can’t just give examples on one side and be ignorant to the Americans, innocent Americans who expect their government to protect them first… My question would be, so who are you arguing on behalf of? Those outside of America or the American people? Aren’t you worried about the American child and the American family who has done nothing wrong in their own country – that we have allowed people to come into America to slip through this program or any other program and do harm?

A Department of Homeland Security report obtained by Associated Press found insufficient evidence that citizens from the seven countries affected by the original immigration order posed a terror threat to the U.S.  Similarly, the Ninth Circuit Court of Appeals said the Trump administration had shown “no evidence” that anyone from the affected nations had committed terrorist acts in the US.

Watch Dremo perform “Talk and Do” live on Glitch Africa