Kate Nkechi Okoh: When Will the Lights Stay On? 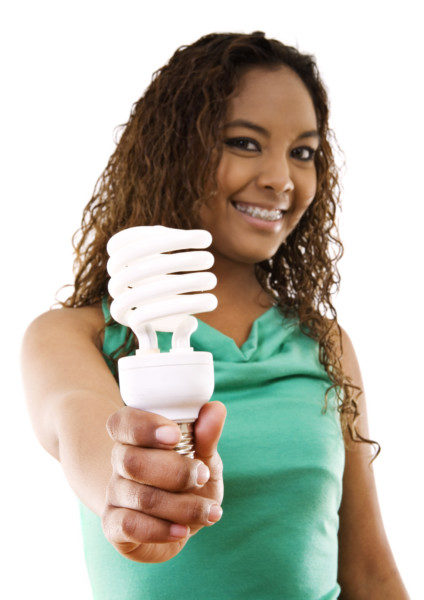 Anecdote
Registrar, call the next case on the cause list, the judge said. This was the 19th case on the cause list sometime in 2012 at the High court, FCT Abuja – at about 6pm going to 7. The preceding and penultimate cases were trial cases that had taken so long and ran late into the afternoon, but still the judge was determined to hear all cases and decongest his cause list.

The courtroom was warm, as the generator had been turned off since it was past the official closing hours of the court. The judge further ordered all Counsel to take off their wig and gown, as the heat in the room was unbearable. In what followed as a joke – a serious joke, the judge requested for a table lamp. All these orders from the judge were the effect of the sad reality staring us in the face.

This was a courtroom, what happens in emergency, labor and theatre rooms in the hospitals where life is at stake?

In fact, to demonstrate the gravity of the situation, people have attributed the epileptic power supply in Nigeria to a spiritual problem and sought heaven’s intervention for a solution to the crisis by holding a Power Sector Prayer Conference from 25th-27th June 2009. This has not yielded much result, and fast forward to 2017, there is still incessant power failure.

Background
The history of electricity in Nigeria dates back to 1896 when electricity was first produced in Lagos, 15 years after its introduction in England.
Of all the discoveries of modern science in the last millennium, the discovery of electricity by Michael Faraday and its commercial production by Thomas Edison of the United States of America is said to have incredibly transformed and altered the outlook and lifestyle of modern man the most.

Electricity generation and consumption had become the indices for measuring the development in modern societies. The classification of nations into developed, developing and subsistence economies is directly or indirectly linked to the aggregate production and consumption of electrical energy. Therefore, it has become imperative for any nation that aspires to join the league of developing and eventually developed economies to map out strategies for providing adequate or optimum electrical energy supply for a total transformation of her citizens’ living standard, as well as industrialization.

…. With all said and done, what is the problem in Nigeria?
There are technical and commercial challenges inherent in the system. In Nigeria, it is estimated that a total investment of approximately USD$3.05 trillion (approximately ₦485 trillion) is required to deliver quality infrastructure across varied sectors of the economy. 33% of this sum is required to develop the energy sector to its optimal capacity/potential.
Notwithstanding the electricity reforms in 2001 vide the introduction of the National Electric Power Policy (NEPP) and the privatization of the sector in 2013 (described as one of the world’s largest privatizations and a landmark achievement to stem the tide of epileptic power supply in Nigeria) there are still incessant power outages.

Commercially, there is severe illquidity in the sector. In a two-day interactive power sector workshop, organized by the National Assembly in February 2017, it was stated that the sum of ₦2.74 trillion has been spent on the sector from 1999-2015. The Energy Market And Rates Consultants (EMRC) disclosed in its 2016 Quarterly Market Review that the total sector deficit is conservatively estimated to be ₦809 billion at the end of 2016 and it is presently growing at around ₦40 billion/month. There is so much debt and unaccountability in the sector, that the funds injected into the sector have had minimal effect.

Conclusion
It is my hope that the reform process is successful to achieve maximum electricity output that can satisfy the entire populace. The impact of this will transcend the power sector and affect all sectors of the economy, ultimately acting as the key catalyst to transforming the infrastructure growth in Nigeria.

Soul Prince: What Does Body Count Have to Do with Anything?

Kate Nkechi Okoh is an energy and infrastructure lawyer in Abuja. She holds an LL.B from University of Benin and an LL.M from University College London (UCL) as the UCL John Carr 2013 scholar. She also holds training certificates from the ICC & International Court of Arbitration, Paris as well as the Harvard Negotiating Institute, Boston in arbitration and negotiation respectively. Her articles on infrastructure and mergers & acquisitions are published by International Law office (ILO), London. Read more about her HERE