U.S. Drops "Mother Of All Bombs" in Afghanistan 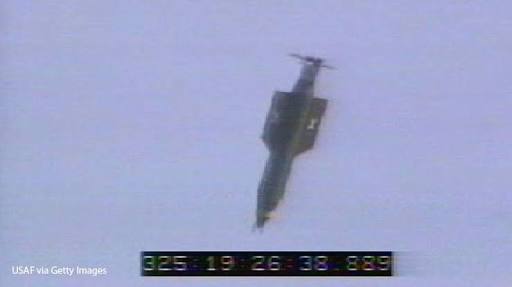 The United States Air Force dropped a massive GBU-43 bomb, also known as the “mother of all bombs,” in eastern Afghanistan on Thursday against a series of caves used by Islamic State militants, the military said.

It was the first time this type of bomb had been used in combat and was dropped from an MC-130 aircraft, Pentagon spokesman Adam Stump said.

The 21,000-pound bomb, first tested in 2003, is known as the Massive Ordnance Air Blast bomb, or MOAB. In military circles, the acronym is known better as the “Mother of All Bombs.”

CNN, which first reported the bomb’s use, said the MOAB bomb was selected because the area targeted was in an extremely remote portion of the country, meaning the risk to civilians was minimal.

The sheer power of the blast would also be more effective in destroying underground tunnels carved out of the rocky terrain that other conventional bombs might not penetrate.

The MOAB is so heavy it is carried over the target by a C-130 cargo plane, then essentially shoved out the back when it’s ready to be deployed.

The target was in Nangarhar province, which borders Pakistan’s tribal area, a porous border that extremists have exploited in eluding coalition forces.

A U.S. Marine was killed in that province last week amid ongoing counter-terrorism activities.

So far, the extent of damage is not known.

General John Nicholson, the head of U.S. and international forces in Afghanistan, said: “This is the right munition to reduce these obstacles and maintain the momentum of our offensive against ISIS-K.”

It was not immediately clear how much damage the bomb did.

Never take this Off of You