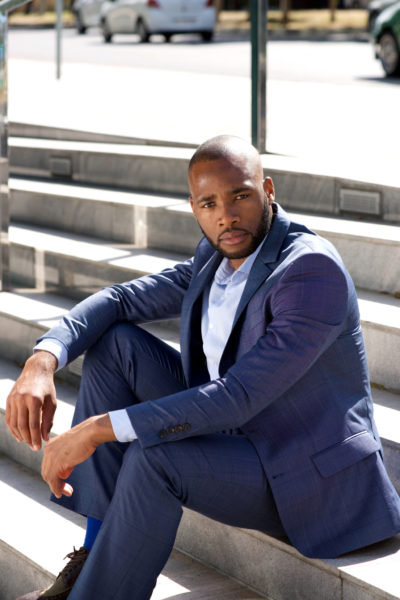 Coming out of a long relationship and being single again can be really tough whether you are the one who instigated the breakup or the one who gave up on the relationship. All the time you spent on getting to know someone, opening yourself up to them, adjusting your routines to flow with theirs, trusting them and the effort put in… they all just go down the drain.

Usually, your system goes through the shock of having to function outside of a role it has become accustomed to. Not only are you faced with the prospect of having to rebuild your life, you have to tackle the challenge of being single after a long time of viewing yourself as part of a couple. Here are some of the struggles you can relate to when you find yourself single after ending a long relationship:

The enveloping loneliness
In the last days of your relationship with your ex, you probably fantasized about the freedom and independence you would get when it eventually ended. You figured you would be alone for a while, but you never imagined that, ‘excruciating loneliness’ would also be something you would have to deal with. Despite all the activities you throw yourself into, and the crowd of people you surround yourself with, it is not the same. With no one to text during your lunch break or cuddle up with while you sleep, you find yourself wallowing in a tough and lonely existence. You miss having someone to miss, but there is nothing you can do about it –  except feel sad and unsure of yourself. Boredom and frustration become a huge part of your life.

The awful social stigma
This usually comes up when the circumstances surrounding the break-up was not a very simple one. Perhaps you dumped your partner after they have been there for you for years. Perhaps you’re the left behind bride/groom at the altar, or you divorced a spouse over a reason that most people do not consider strong enough. People look at you with pity (when they consider you the victim), or they judge and criticize you for not trying harder to save your relationship. You feel resented and ostracised by family and friends who blame you for the breakup; it’s hard for you to blend back into old friendships and relationships. A few may make the effort to understand and support you, but generally, it sucks.

You don’t want your ex back, but you also don’t want anyone else
You are done with your ex; you don’t want to go back into that toxic relationship. Despite the pain, you are actually relieved. However, when you actually throw yourself out into the dating field and start to talk to possible mates, the excitement and relief start to ebb, because you realise you don’t connect the way you hoped you would. None of the people makes you feel like your ex did. They don’t seem to get you and it’s taking too long.

As a matter of fact, it starts to seem that the more you explore your options, the more you miss what you used to have. You start to prefer boring nights watching TV at home, than going out for first dates and first kisses over and over again.

You wonder about your ex and stalk them on social media
You are strong. You are done with your ex. You are moving on. But one moment you are calm and rational, and the next moment you are crying buckets and wondering what your ex is doing. You fill your head with imaginations of what their life is like without you. As you stuff your brain with imaginations of what your ex could be doing, you build up your curiosity; before you know it, you are stalking your ex’s social media, checking their Instagram, Twitter, and Facebook. You even stalk the person they tag on pictures for clues. You wonder if your ex gets butterflies when they are with that person, or if they are the person that is going to replace you.

The thing is, a few minutes after doing that, you regret it. You feel like you have taken might steps backward and your healing process has regressed.

The heart attack when you run into your Ex
Running into your ex is basically the worst feeling in the world, especially if the breakup was nasty. You are constantly afraid of meeting them at the grocery store, or the restaurant you both loved and used to go to every Friday night. You try your best to avoid places you know that you could run into them, because you are not sure your heart can take the pain of seeing them again – especially if you have the nagging feeling they may have moved on without you.

When you are invited to events by mutual friends, the first question you ask is if your ex was invited as well. And if yes, you make up an excuse not to attend. In the case where you surprisingly do run into them, and you realise there is no escape because they have seen you, you pretend your heart is not enduring a mini seizure and smile bravely at them. Other times, you just decide you don’t give a f*ck and you snob them anyway.

People trying to set you up
You are single again and all your friends, in the bid to “make you happy again” test their matchmaking skills on you. It’s like they have single friends in other social circles or at work that are just waiting to be set up with you. They introduce you to all sorts of Dick, Tom, and Harry. They send you pictures of who they think you would like or who you just have to meet and start dating. Perhaps it is your constant sad demeanour or them having your best interest at heart that motivates them to do this. You appreciate their efforts, but deep down, you are not really that interested in all that. You just need more time and space.

Your Game Seems Off All the Time
You are a catch, but for some reason, your game is off. You try to flirt with someone you consider attractive, but it feels like you have forgotten how to interact with other human beings on dates. You wonder if it is because you are still in the couple mode; you realise that you need to brush up on your communication and flirting skills. Basically, you need to relearn how to be single again, because apparently giving off that “I’m available” vibe is longer instinctive  and you need to re-train our social muscles.

The awkwardness of not knowing when someone is interested
Because you were in a relationship for too long, your “someone is hitting on you” radar gets covered in rust. You realise you can’t even tell when someone is actually flirting with you. You wonder why someone is staring at you so intensely from the across the room, and you wonder if something is wrong with what you’re wearing. When they even come to talk you, you are self-conscious and wonder if they are just being polite. Someone could literally ask you out and you would not get it.

The weirdness of being your own “Plus One”
You have been a couple for years, and so you are used to going almost everywhere with your significant other or partner. Now that you are broken up, you still have to go for important functions and events, but the thing is, you have to go alone. While you realise it is not the end of the world and you will survive, it feels really weird…like you are missing an important accessory or something. It is worse if you are an introvert and you don’t know anyone at the event. Since you are alone, you are forced to make small talk with strangers.

The nagging suspicion that you will be alone forever
You have tried dating and putting yourself out there, but it just does not seem like life wants you to move on. After months of being celibate, you wonder if you’ll ever meet someone, or worse, if the pain will ever subside. You obsess and philosophize about being single, so you talk about it about it to anyone who will listen. Yes, you hope and have faith for love in the future, but it seems like it’s one of those things that will probably never happen… so, you find yourself breaking down in the shower or crying yourself to sleep. You even get a dog but no matter how you try, there’s the nagging suspicion that you are old, alone and done for.

BN Book Excerpt: Motherhood and the Society by Oluwatosin Arodudu