Office of the Citizen with Chude Jideonwo: Not Too Young To Run... So What? 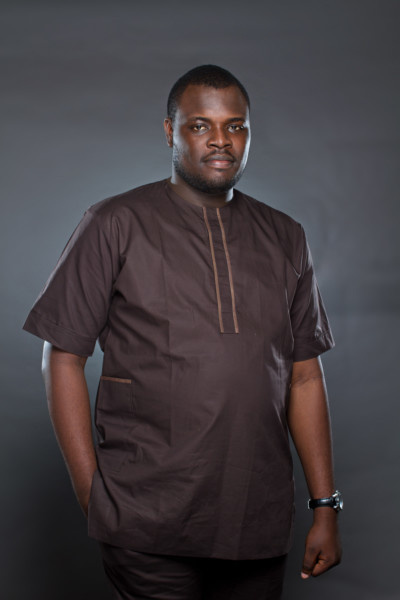 Let’s start from the beginning – I am completely in support of the #NotTooYoungToRun campaign.

The campaign is based on a bill before the National Assembly that seeks to alter sections 65, 106, 131, 177 of the 1999 constitution of the Federal Republic of Nigeria (as amended) – to reduce the age qualification for several political offices; the office of the President from 40 years to 30 years; Governor 35 to 30, Senate 35 to 30, House of Representatives 30 to 25 and State House of Assembly 30 to 25. The bill also seeks to mainstream independent candidacies.

On its merits, this is abundantly reasonable.

There is no logic to the present limits we have on running for those offices. It speaks only to the deep-seated ageism on which our society runs, and the network of conventions, mores and traditions that aren’t based on any utilitarian set of assumptions; existing only because that is how things have always been done.

As young people have validated their participation in leadership of large scale businesses, corporate organisations, civil society bodies, cultural coalitions and faith-based institutions however, it has become clear that there is nothing in politics, especially in a modern, connected world, that lends itself to a complexity beyond their grasp.

So there is, at the least, nothing at all objectionable about asking that unnecessary restrictions on the age that people can run for office in a country that desperately needs every of its best hands that it can find, should be put aside.

The only problem with this goal is to the extent that it might be, at best, a cosmetic solution to a structural problem.

Here is how you know it runs the real risk of being cosmetic: There are so many positions that young people can run for at present, at local and state levels. What is the evidence of serious-minded candidates already running for those offices, before we scale?

There is, as you may have guessed, very little.

Reducing the age of viability to contest elections might be a useful psychological boost, and may even be a galvanizing force for youth political engagement, but it may be dangerous if it distracts from the real problem, and the real Nigerian problem is a lack of high-quality leadership, of any age.

The oft-repeated example of Dimeji Bankole, who at below-4o was definitely a young man is a cautionary tale of the possibly seductiveness of a youth-based demand for good governance. The youngest Nigerian governor today is from Kogi, and while he is an attractive addition to the political landscape, it will be remembered that his biggest contribution yet to the national debate has been sheer number of his appointees into paid public office.

Then we remember that those who led Nigeria when it became an independent country were resolutely young, in their 20s even – Anthony Enahoro, Yakubu Gowon, Olusegun Obasanjo and the entire brigade of leaders who have held us to ransom over the past 50 years.

Young people have successfully validated the demand side of governance over Nigeria’s history, leading revolutions that have weakened dictatorships and toppled establishment, but by and large have failed to validate its supply side – succumbing, where instances have arisen, to the same temptations that have always hobbled the Nigerian state, and making it difficult to make any baseline assumptions that a congregation of youth candidates for office is the magic bullet for change in our state of affairs.

As one may tire of reminding people, the three major candidates for presidency of America last year represented every possible shade of popular desire: Bernie Sanders represented a very progressive, socialist agenda that focused on income inequality and wealth distribution; Hillary Clinton ran a liberal agenda that prized open societies, mutual respect, and the breaking of all kinds of ceilings; and Donald Trump created a platform that prized economic prosperity above everything else, promising to restore a vision of American glory that inspired those he called the ‘forgotten men and woman of America’ to regain what they consider rightful places.

These three candidates energized and electrified the entire populace of every stripe. And each of these candidates was either almost or over the age of 70.

“The problem is not their age,” Babatunde Fashola famously said at a governorship debate six years ago. “It’s the age of their ideas.”

While there is certainly no harm to reducing the age of aspiration, the #NotTooYoungToRun bill deserving the support of those who are opposed to artificial barriers and presenting a deeply useful debate around which we can organize youth, it begs the question of priority.

More importantly, shouldn’t we be insisting on safeguards that help ensure that the very best of us, of any age, are presented as options during elections, rather than the present obscene crop?

In answering these two questions, there are two imperatives:

One, we need wide-scale investment in political engineering in our society so we are able to attract the best ideas and the best people to the center of political debate and political action.

And two, we need to deepen the quality of the selection processes for candidates at the primary levels of the parties, as well as the quality of minds that lead those parties in the first place. We need enough positively engaged old and young people joining and leading the highest offices of these parties so that they can elevate the quality of options that are provided to the general electorate. The quality of many democratic options depends on internal party politics.

There’s a question that needs our immediate answer.

Of course, I am aware that there might appear a bit of hypocrisy in this piece. I, after all, despite spirited engagement in the private sector and civil society, am disinterested in being an active player in the partisan political process at this moment – either as party member or official.

However, that appearance of hypocrisy will be misplaced. Nigeria needs players in nation building from many angles. The media (where I play, and am playing today, even by writing this piece), civil society, business and other non-partisan groups are as important to re-making Nigeria as politicians.

The duty is not to push those who are disinterested to go into politics; that is not even necessary. There are many people who want to go into politics, and have the qualification and the skill to do well. We need to immediately find out the actual barriers to entry for them, and bring those down – including access to finance and access to networks.

That is the more important priority that should engage the fullness of our attention.

Reducing the age for contesting elections by five to ten years might meet our bias for action, but it is most likely a cosmetic solution that obscures a much larger, more fundamental problem. In the midst of all of this, let us please never forget what that real problem continues to be.

Drop the Weight with Ej Ogenyi: 3 Reasons Diets are a Waste of Your Time

Cisi Eze: Marriage Is an Achievement