Uru Eke: Did You Go Through the Hoe Phase? 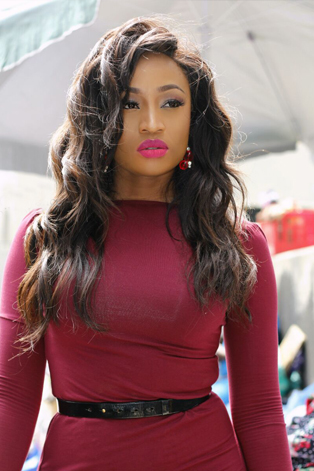 I don’t think I went through much of a hoe phase, but not because I didn’t want to. Thinking back now I feel like I missed out on a lot. I don’t drink or smoke, so a lot of the time I was very aware, with my inhibitions staring right back at me.

I wish I had a few one nightstands and dabbled in the casual dating scene a bit more or maybe just experimented in general.

According to Urban Dictionary, the hoe phase is a phase in your life that occurs frequently when you are fine with exploring promiscuous activities and connecting with random people.

These activities do not always end in sex, but can lead to it. You have a high tendency to dance provocatively with strangers, be a tease in social settings, flirt non-stop, make-out with others, and get caught up in the moment.

This phase helps you establish what you like and what you don’t. You explore your sexuality, and have fun. You have the ability to stop these actions or snap out of the phase.

Please if you are a member of the moral police, take your judgmental hat off and read, or just skip this post and keep it moving. The inspiration to write this article came from reading stories from Joro Olumofin’s page; if you don’t follow him you better start.

Now there were a few posts where some couples got married, but throughout their entire courtship they decided against having sex. Come the wedding night when the goods were being sampled, it’s either they didn’t know what to do, or the husband was an indomie man (premature ejaculation issues).

There were also men who complained about their wives’ just lying in bed like bed linen and not adventurous or exciting enough.

Some people complained about how tepid their marriages had become, and how cheating brought back the excitement.

There was one lady who was getting married a virgin and scared of sex as she had been circumcised and thinks she might never enjoy it.

A particular story stood out to me the most; it was about a married lady who is sleeping with a dad (also married) in her daughter’s school. She claims she’s been with her husband for 13 years, never cheated on him prior to getting married or through out the marriage up until this point. Right now she doesn’t know what’s come over her and she doesn’t think she can stop. She says she’s doing things with the man she’s never done before or with her husband. Sex in different places, various positions, she even mentioned in broad daylight against the wall. Wow!! That, I certainly never tried.

The closest I ever came to a hoe phase was in an article I wrote a while back about DTFing (Down to F%$king) with this hot mocha latte I met. It was supposed to be a drive by, on both our parts… but I found myself holding onto him. Ever since that ordeal, I’ve locked up shop and checked into the celibacy hotel room 101. But with the wedding epidemic hitting us left right centre, I’m wondering if I’ve been out there enough, dated enough, had enough wild uninhibited sex, so that when I do tie the knot, I will be experienced enough for my husband and won’t feel like I’ve missed out on anything or crave any other man aside from him.

I know what the Bible says about fornication, but the practicality is the hoe phase does in a peculiar way play a role in ship shaping us. When you’ve been there, done it all I doubt anything will faze you. You would have had your fill and peaked!

There’s this guy who’s been asking me out for a long while. To me, he looks like he’s been around the block; plus I’m way too scared to date him. I doubt I ever will, because he reminds of the type of men I run away from.

During one of our conversations I asked him why he hasn’t given up on me, and in his words “Uru I’ve been with beautiful women of all shapes and sizes, from different races. I’ve seen it all. You are the sort of homely girl I want to settle with” I rolled my eyes and told him to take several seats. Was that supposed to be some sort of compliment? So I’m not beautiful, just homely? Rubbish!! Anyway, clearly he’d been through his hoe phase and was ready to hang his boots, I think.

Some people are of the opinion that women should go through their hoe phase in their 30s, maybe that’s why it’s labeled the dirty thirties,

I guess maybe because women reach their sexual peak in their 30’s and start to know what they want and how they want it (sexually), Wendy Williams would suggest you go through your hoe phase in your twenties – this is going by some of the advice she gives her audience during her ‘Ask Wendy’ segment.

If you havn’t been through a hoe phase and have arrived at the marriage juncture, there’s no going back, although that’s easier said than done.

I put myself in the shoes of the lady who’s having an affair with someone at her daughter’s school, and to be honest I don’t know what I’d do. Maybe she’s doing it a result of several things;
1. Dynamics between husband and wife
2. The loss of excitement in the marriage
3. When spouse turns to sibling. i.e so used to each other they seem like brother and sister

Whatever her reasons are, I’m thinking maybe if she had her hoe phase, this gentleman that she’s cheating with may not have had the chance to sway her.

In conclusion, I would agree with Mark Zacchiomy “regardless whether you’re a male or female, before you settle down with the one you care most about, you should go through a promiscuous phase at some point in your life.
Date people. Date a lot of people. Date more than one person at a time. While you’re looking, you might as well see what’s out there. When you’re in search of a new car, you don’t just go to the first one that interests you and stick with it; you shop around.

You don’t have to sleep with someone you’re dating, but it’s your prerogative and you shouldn’t be judged one way or the other”. You may never know what you want in life until you know what you don’t want first.

XPloreNollywood: How Do You Rate Your Cinema Experience in Lagos?