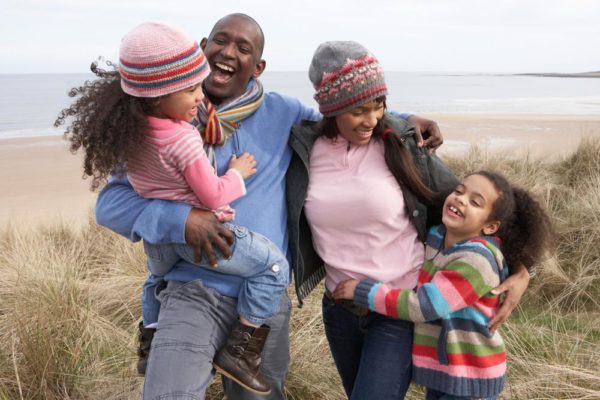 Going on vacation with the family is not something you really want to do… unless you are below sixteen or you are married with kids.

While it is a great time to reconnect with your family and bond over shared memories, it seems like an antithesis of your independence, because you basically have to lean on a number of other humans, or at least interact with then for the entire period.

Most discouraging is that, with all that happens throughout the holiday, you most likely will get your batteries overheated, rather than recharged. Here’s what inevitably happens when you go on holidays with your family:

You will fight a lot
It is not just one stupid fight. You will have a lot of fights…and sometimes over irrelevant things. Either you have a clash with your sibling over which side of the bed you want to sleep on, or you argue over who ate more pieces of chicken e.t.c Actually, most of the fight occurs during the trip to your destination. You argue over what time to assemble at the airport/ who did not pack what. If you are driving to your destination, it will most likely be an argument about who should drive and how the person is driving.
You know at the back of the mind that you will eventually have to compromise over a lot of things, but you are not the type to give in without a fight.

You will master the art of sharing
To cut costs, you will all have to manage two rooms in the hotel, or rent an apartment that has fewer rooms than the number of people going on the family trip. You will not only share your money, you will share bed space, phone charger, towel, robe, shower cap, deodorant, and toothpaste…maybe even toothbrush. You won’t even get the chance to complain, because you will not even be asked before your stuff is used.
You will just wake up one morning, enter the bathroom, find that your toothbrush is wet and tasting somehow. When you ask: “Who used my toothbrush?” No one will say anything. A cassava ghost used it apparently.

Your embarrassment could come from the silly things they do such as sharing intimate information with strangers, haggling unnecessarily, kicking up a fuss over trivial things, such as change or attempting to fake an accent in a bid to impress the locals of the city you are visiting.

The worst is when they tease you in front of a stranger or do something silly like ask a handsome stranger if they are single… so that he can “please come and marry my daughter because she has refused to marry.”

You will not be able to explore the night scene as you’d like
You are with the family, so you have to be proper and not doing anything they consider ‘extra’.

You may be an adult, single, but you will not be able to go out on your own and explore the nightlife of the city you are visiting because that will be a form of betrayal. The family has to stick together. Even if you inform your family that the only friend you know in that town invited you for a drink at night, one person will insist on tagging along… to ensure they ruin the fun for you.

FOMO becomes too real
It may just be a 2 weeks holiday, but by day 3, you are already suffering from FOMO (fear of missing out). You are separated from your friends, work e.t.c, so you keep getting that nagging feeling that in the two weeks you will spend enduring your family (who you also love by the way) you will miss out on something important. Worse is if you are still connected on social media and you see how your friends are living it up on the other side of the world. Perhaps a friend threw an impromptu party where you could have finally bonded with your crush, or free tickets for Flavour’s concert are offered, but you are away on holiday and cannot benefit from it.

PS: The essence of a family holiday is to be with you family 24/7 for a period of time. It can only happen with you on board. It may not be the greatest of holidays, but it is much more fun when you put your grievances aside and enjoy the trip.

Mrs Kush: Get Rid of the Annoying Tiny Cockroaches in Your Kitchen

Diaspora Chronicles: Why Won’t You Come Back Home?