Atoke is Going to Manchester with Adekunle Gold & KLM! 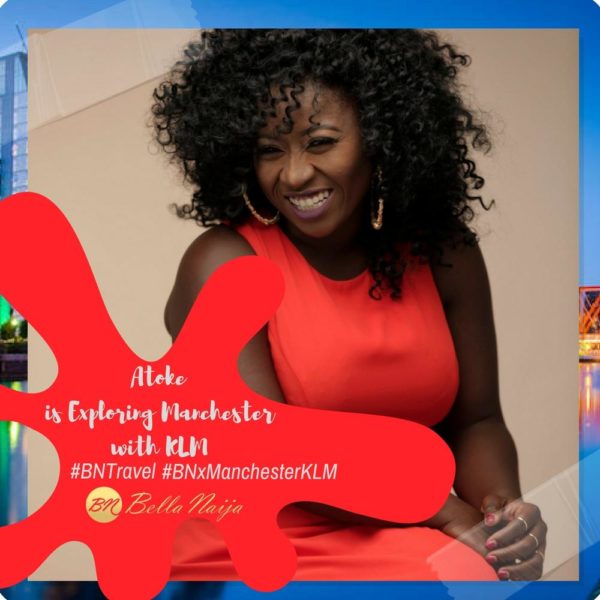 A few weeks ago, KLM Royal Dutch Airlines announced a new campaign called ‘Celebs Around Town‘. Scheduled to have actress, Kate Henshaw visiting Rome, Filmmaker Kunle Afolayan, visiting New York, actress Rahama Sadau visiting Berlin, comedian, AY Makun, off to London, and musician Adekunle Gold, to Manchester. {Click here if you missed it}
For the trip to Manchester, I am truly honoured to have the opportunity to accompany Adekunle Gold and a few other people chosen by the KLM team.

KLM has a package deal in the works for Nigerians who choose Manchester as a holiday destination . In preparation for that, Adekunle Gold is going to explore the city, and share his experiences. Of course, I’ll be tagging along to get all the scoop on behalf of BellaNaija.

So, we’ll be touching down in Manchester, on Sunday, the 18th, courtesy KLM . I’ve never been to that city and I can’t wait to see and explore the city with Adekunle Gold. As a JJC, I’d need BellaNaijarians who live in Manchester, or have toured it, to please recommend some places to see, go and even to eat.

Please recommend some sights and sounds from Manchester and we’ll definitely put it on our list.

Don’t forget to keep your eyes on those upcoming KLM ticket deals! For real, they’re gonna be huge, but it’s almost going to be blink and you miss it.

I promise not to disgrace myself and ask Adekunle Gold to sing Nurse Alabere. I can’t guarantee, though,  that I won’t ask for the inspiration behind ‘Temptation’.

BN Community Centre: Baby Nathaniel is only 2 Months Old & He Needs Your Help to Live