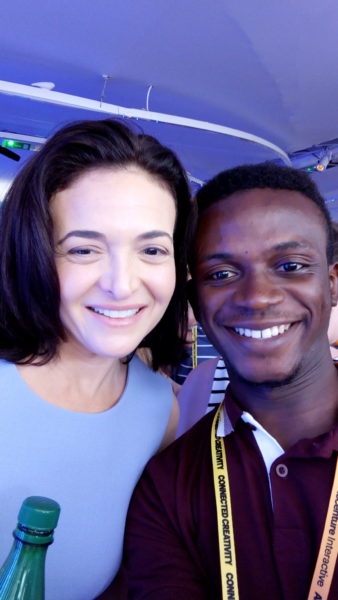 In the year 1954, a group of creatives in the Advertising/Film industry decried the absence of a platform that appreciates, and rewards the exceptional work produced by those within this industry. They did something about it, and came together to form the International Advertising Film Festival the first event taking place in Venice, Italy.

Over the years, the Festival evolved to become the Cannes Lions International Festival of Creativity, moving from Italy to the South of France – Cannes – a small city about 1 hour away from the popular Monaco.

Today, Cannes Lions is a 7-day long festival that celebrates the work of the Creative Communication Industry, bringing over 15,000 people to network, learn and celebrate.

The Festival celebrates the creative works of Ad agencies, PR agencies, Product Designers, Charity campaigns & just about any campaign or concept that required innovation at its best.

Deserving teams that have produced impactful, metric defying, innovative and interactive wonders in Video, Out Door ads, in-door ads, still ads, product design, digital campaigns and many more categories, receive a Lion Award – a symbol inspired by the Lion Statue located in Piazza San Marco, Venice – the coveted award being a Grand Prix, a recognition that says you are the best within a category.

With the array of multiple events held daily, various training & mentoring sessions, the various experiences are worth writing about.
I’ve outlined my top lessons from the personalities that had a great impact on me during my stay at Cannes.

1. Sheryl commenced her session by asking us – the audience – a series of questions.

2. I asked Sheryl a question; How have you consciously improved yourself as a person both in your personal relationships and in your work in the Tech Industry?

Sheryl: Feedback. It’s honest feedback from the people that are closest to you. They should know you and be completely honest with you in constructive feedback.{Paraphrased}

In my experience, people seldom give feedback, but if you want it you should ask for it and do ask for the down-to-earth no BS version.

3. Sheryl went on to say that once you receive this feedback, and identify areas for growth, you should go all the way and double down on your effort to grow.

She gave an example saying that her advice to a lady in her office, who has a very quiet-timid voice and hardly ever gets her opinion heard or even accepted at meetings, is for such a person to have a goal to be ‘too loud’ during conversations. ‘Speak up and much so louder such that your colleagues have to tell you to please keep your voice down.’ In doing so, this lady began to speak up and get her opinion heard.

David Droga – Founder Droga5 (Winner of over 200 Lion Awards and ‘The Lion of San Marco Award – 2017)
A seasoned chief creative officer within the industry, with years of experience in Saatchi & Saatchi, and The Publicist Network before going on to found his own Agency in 2006 – Droga5.

David has won over 200 Cannes Lions, & Droga5 has amazing clients and even went on to win the Independent Agency of the year award this year – 2017. In his speech, as he received the Lion of San Marco award – an honour that speaks of his legendary works – David said:
4. ‘… and to my children, who are probably the only ones in this place who do not know what they want to do yet. Do what you really care about. Caring makes you want to work harder, people can’t pay you to care, people can’t teach you to care. When you find something that you care about, you give it everything that you’ve got and you never settle and you always push to learn to be better and to support everyone around you. All I’ve tried to do throughout my career is care, and I hope you see that in my work.’

In my opinion, those of us ‘who know what we want in life’ should re-evaluate our goals and ambitions to align with what we really care about.

My question as I end this article is to just one person.
Dear friend…
Who, Me?
Yes, you.
What do you really care about?

Amarachi Alisiobi: Are We Okay with ‘Bad’ Because ‘Worse’ is a Greater Fear?

Adeleye Adetona is the Operations Director and Co-founder of VeriCampus (Vericampus.com) – a technology company that builds Mobile Apps for Schools. He has a solid background in digital marketing, gained from working at Grappleline Ltd for 5years. Adeleye currently lives in Lyon, France. He enjoys cooking, documenting his personal life lessons and has taken great interest in learning to dance Kizomba.