To celebrate its 100th anniversary, Forbes Magazine released a special issue that features essays, lessons, and ideas for the next 100 years from today’s most influential business leaders around the world. 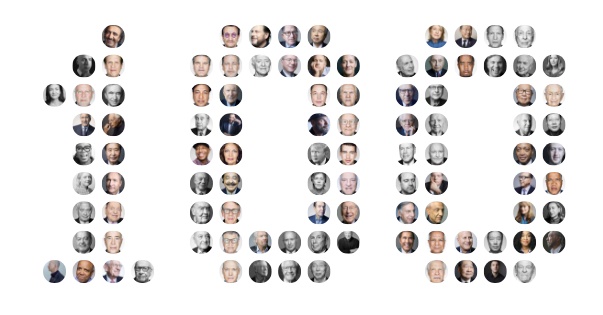 The 100 quotes are meant to inspire and inform future entrepreneurs, the generation that will build and shape the next century.

While creating the list, Forbes included people who have either created something with a lasting impact on the world or innovated in a way that transcends their given field.

Check out the quotes from the six African Americans on the list:

If I give the customers my best and service them differently, whether music, clothing or vodka, I’ll get a return on my hard work.

I’d said to my partner Stedman, ‘What am I going to talk about for ten days and ten nights at Nelson Mandela’s house?’ And Stedman said, ‘Why don’t you try listening?’

We ran our business differently and it worked–we paid our workers based on profitability, with bonuses based on aspirational targets.

If you’re present and awake, you become this great thinker, this great worker. You become a fine-tuned machine.

Read the full article on www.forbes.com.