According to a new study by CNN, Lagos ranks third on the list of most stressful cities in the world. The list was compiled based on factors ranging from traffic levels, public transport, percentage of green spaces, financial status of citizens including debt levels, physical and mental health, and the hours of sunlight the city gets per year.

Lagos ranked third behind Baghdad in Iraq and Kabul in Afghanistan. Other cities on the list include Dakar, Cairo, Tehran and more.

On the list of stress-free cities however, Germany leads the way with 4 cities in the top 10 including Stuttgart, Hanover, Munich and Hamburg. 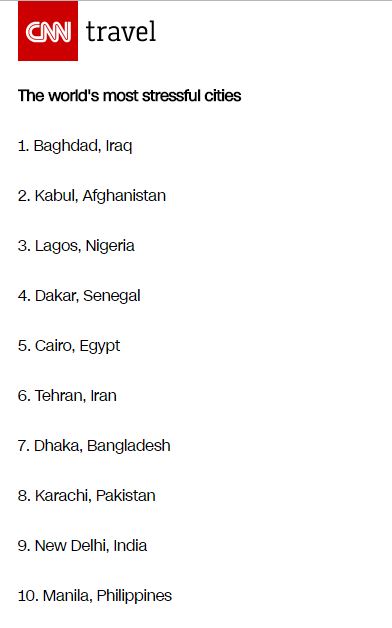 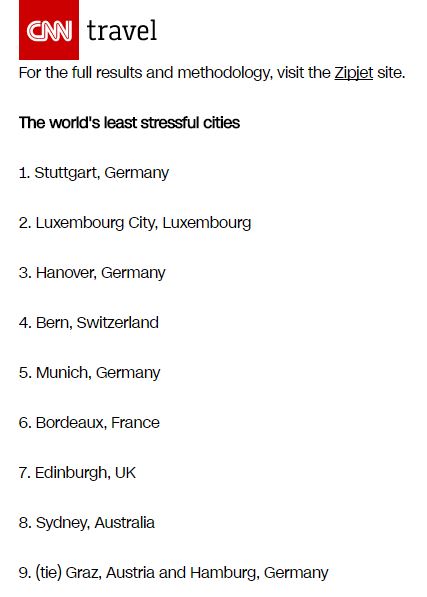 Related Topics:BN NewsCNNlagosMost stressful cities in the worldNews
Up Next