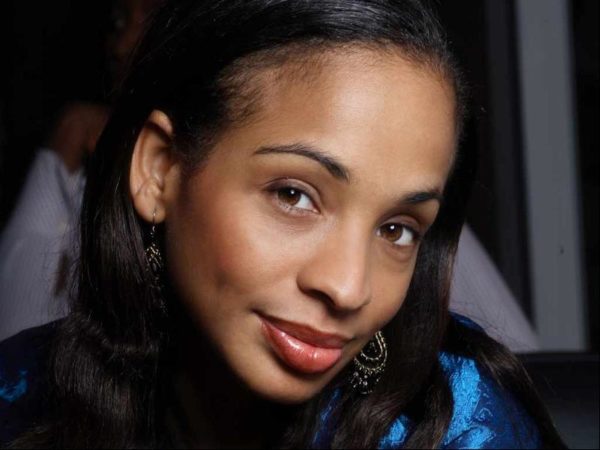 When I moved back to Nigeria in 2011 I was invited to speak on a “Building Your Business from Scratch” forum. It was a panel discussion that held at Life House which used to be at 33 Sinari Daranijo Street until it was shutdown.

My addition by Ekene Onu was very last minute and only happened because I was an author, and also to likely balance the panel as it was all female at that time. So I basically had no idea who the panelists were.

And even if I did, remember that I had just come to Nigeria so I was completely oblivious about who was who in Nigeria. #bigmistake

So I show up to this panel with my sneakers and my kaftan and this one book I had written and sold like maybe 2000 copies off. I had not even started @okadabooks then. I was basically a nobody in entrepreneurship, a JJC.

And as a JJC, I arrive early. Very early … My big mistake. When you arrive early you get rewarded with speaking first.

So I sha take my sit at the front of the stage. And then comes in this lady … light skin slim and just sophisticated, next comes another lady dark has an aura about her but reserved. Next strolls in another lady, you can feel her quiet rebellious independence.

So we start;  remember I came early so I speak first. I talk about my book, and average speaking career. I feel like a don.

Next up light skin lady speaks, she talks about a little big organisation she started called LEAP Africa, and how she is working to grow food in Nigeria. It turns out she is Ndidi Nwuneli, a name I am kinda familiar with. I start sweating in my boxers.

She says “find what makes you angry and turn it into positive energy” that’s how she started LEAP Africa. I still quote that today. In fact, that very thinking is what started Okadabooks

I am clearly out of my league, or so I think….until the last speaker arrives. She is late; I look up and it is none other than Linda Ikeji!

So Linda Ikeji shows up. This is 2011… she has not Banana Island blown up yet, but you can already see the zeal for success burning in her eyes.

She takes her seat. 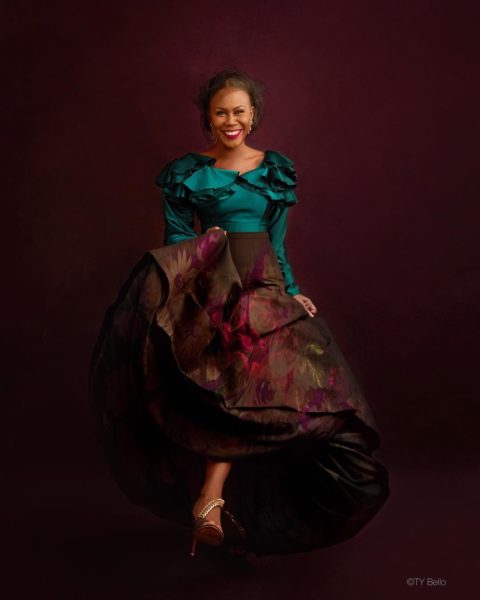 The next lady speaks. Talks about how she started a make-up line, how she trains women to do make-up, and how fast her company is growing – so fast that she avoids interviews. It turns out she is none other than Tara Durotoye business mogul.

I am just there like there, begging for the seat to swallow me up. I am sweating everywhere … Boxers drenched. My claim to fame is my single book and a handful of speaking engagements.

Anyway, the next lady speaks, she is Nwamaka Okoye I ran into her several times after the panel. She talked about how she went to work one day and was basically like … screw it! I quit!

And she started her own interior decoration business just like that is now the Managing Director and Co-Founder of Housessories Limited.

When I ran into her at the airport in Port-Harcourt she was headed out for another job. She was talking about business expansions and other stuff. Her talk was gutsy. I was still there hating my job, but afraid to quit and with my one book. She would later become one of those that inspired me to quit: see The Day I Quit My Job.

I had already started sinking inside the chair. It was like “2004 Blackberry Curve” was speaking on the same panel with “Iphone 7.”

But I can’t, I have to sit this one through. I mean I had written one book, still worked a 9 to 5 and here I was in the midst of legends that had already started national/international businesses that would change Nigeria ?

So Linda Ikeji starts talking about how she started blogging, and how you should do things for passion and not for money. Pretty much the same Linda Ikeji message she still gives today, except with banana flavor. But the way it was delivered was done in this gisting laid back manner.

It was just an unscripted talk, with little gloss and lots of honesty.

One thing she shared that stuck with me was how she would pre-sell adverts in her magazine and people won’t pay after. Or as she said it, she will be chasing people for the money. But now people chase her to give them their money.

After the talk, people probably forgot I was there ?

I quickly found my way out from one backdoor and just drove home quickly. I remember placing a call to my girlfriend then and saying 2 things:

1. I have not achieved sh*t in my life and I need to, because I was inspired.
2. And lastly, that Nigeria needs a female President.

Because now, I have been privileged with the little time that I have to work in the communities of Nigeria especially in Education.

One thing I observe is that most of the time, the women are the most open to learning new ideas/skills to improve their communities and are amongst the most active when it comes to ensuring their children stay in school. And it’s not just because of motherly love, but rather for the most part due to a lower amount of ego/pride when compared to men in the same community. Men who are worried by what others will think of them learning “how to make and sell soap.”

Thus, women in those communities have a greater chance of coming up with innovative businesses, because they are willing to try different things to make ends meet. According to inc.com “when women hold a portion of leadership roles at companies that prioritize innovation, those companies consistently generate better financial gains.”

The diversity of experience a female leader brings to the room, pushes people to try different ideas, Nigeria is in need of new ideas and we have an untapped stack of them in our women.

But it’s not just innovation, “a study by Harvard Business Review finds that companies who transitioned from leadership positions held by 0 percent women to 30 percent women see a 15 percent increase in profitability for the average company, or 1 percent bump in net margin.”

But getting more female leaders in Nigeria is not going to be easy.

Because, the moment you mention that only 6.4% of the current Senate is made up of women or that only 5 of the 36 current ministers are women, people will be quick to point to Stella Oduah, Diezani Madueke and Kemi Adeosun, but will forget the scores of male ministers or senators ahead of them that have done little or nothing to move Nigeria forward.

So please, let’s give more female leaders a chance in Government just like we have done for the men.

Because time and time again, women in Nigeria have proven themselves more than capable in their personal businesses, growing them into national brands, from LindaIkejisblog.com to LEAP Africa to Tara Cosmetics, and I am a living witness to what women can do for Nigeria!