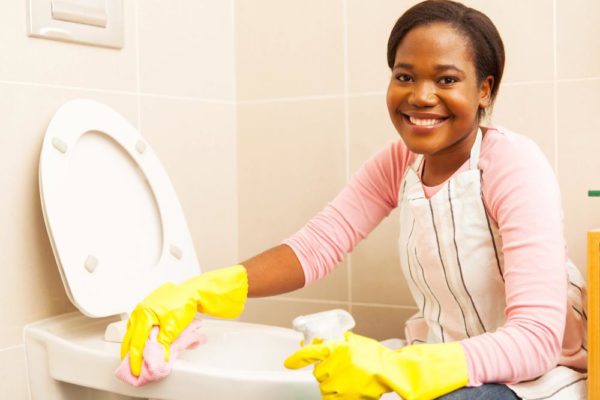 When the word “maid’ is mentioned in our part of the world, the picture that pops up is someone from an underprivileged background. The person is most likely from the village, someone who cannot speak English fluently, but can communicate. The candidate should be a very hard worker – emphasis on ‘very’.

There is also this subtle thinking of the kind of treatment she is entitled to. We think and conclude that someone who is coming from such a background shouldn’t expect to live with privileges. They should be able to fit in and adjust to whatever circumstances they are offered.

I find that picture and thinking a bit flawed, because it is often backed by an idea that the maid has no right and has no say in whatever situation she finds herself. It fosters the idea that the employer is doing a favor by hiring.

This thinking is the reason why families even become suspicious of people who may look decent, seem to know what they are doing and are confident. Potential employers become intimidated. You hear things like “This one will be my Oga”, “She knows too much”, “She will take over my house from me”.

But is the problem really about the person being too qualified? Are families really scared of someone who has proven to be able to do housekeeping excellently well, is knowledgeable enough to take care of their kids in their absence? Or  in reality, they feel that hiring someone who is enlightened will strip them of their ability to have full control and be a lord over them.

It baffles me why anybody thinks it is okay to subject another human being to inhumane conditions, or to think that having or demanding basic human rights is a luxury or sign of  pride. How do people even nurture the idea that some people are not entitled to have rights?

When I hear stories of what some of these maids are subjected to, it is nothing short of heart-breaking.

In all fairness, I do not expect nor advice that maids be offered the exact same privileges given to their employer’s children. This is because many times, employers still have boundaries in their minds that the maid is unaware of, and when she crosses them thinking she is now a member of the family, it becomes a big problem.

Boundaries may be as little as eating the children’s cereal, or as weighty as trying on madam’s clothes or wigs; but how do we expect someone who has been made to feel she is now a member of the family behave, if not like a family member? The other side to the child treatment is that employers somehow feel that making the maids feel like family will encourage them against doing the wrong things. Many maids have, however, used this opportunity to manipulate their bosses, and still gone ahead to do those bad things.

In contrast, maids should be entitled to have a clearly defined employer-employee relationship with the family they are outsourced to. There should be a contract in place, which clearly states each party’s responsibility – where expectations are clearly stated with guiding rules. It should be a relationship where the repercussion for doing otherwise is clear. The law of cause and effect guides this type of relationship. Every action comes with its reward – whether good or bad.

I have seen a situation where a family who lives in a duplex employs a maid and asks her to sleep underneath the staircase. They expect the maid to be “grateful” that she even lives in a duplex. A particular “madam” who always insisted that there should be no waste in her house will gather every other person’s leftover and warn the maid to eat it, while putting her on a guilt trip that God doesn’t like waste.

With a clearly defined contract, these instances would almost be impossible. It is by far easier to manipulate someone who is in an unfamiliar terrain and is probably scared to death of what will befall her if she doesn’t comply with her employer’s rules. Someone who has probably burnt every bridge and has nothing left to fall back on, who was lured to the city in promise of greener pasture.

But you know, these are the type of maids many employers want; maids they can do all sorts of things to and subject to any condition. I find it an irony that after all the treatment given to these maids, employers would still leave them in charge of their homes and sometimes kids when they are off to work, and expect them to be kind. If the maid ends up carrying out a wicked act, they end up with the “All maids are bad” story. Many maids are definitely bad, but we hardly ever get to hear their sides of the story – though nothing at all justifies whatever wicked thing they might have done.

Since you believe all of these maids are truly bad, then one of the ways to stop them from doing further wrong may be to encourage the good, educated people who are willing to carry out the task in the most excellent way, to start to take up housekeeping jobs. These people, however, know and would exercise their rights. They have a clear picture of how the employer-maid relationship should work in ideal situations.

But they have only have one question: Are families who need them ready to stick to a strictly business/contract-based relationship, or do they still want to stick with their maidservant mindset with corresponding actions?

Dear Oga madam, you cannot have it all.

Nkem Says: It Is Not A Woman’s Job To Handle Her Man’s Scheming Ex

Forbes Africa “30 Under 30” 2017 List is Out! See the Young Entrepreneurs Doing Great Things