Peculiar Okafor: Not All Wealthy People Are Thieves 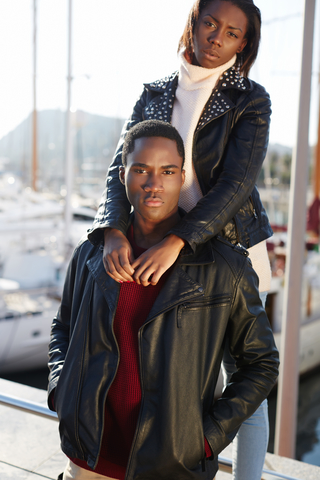 I listened in on a conversation between two women; I know, I was eavesdropping but hey, I was waiting to buy stuff and generally, I was bored.

The conversation was centered around wealthy people that had been caught in various crimes and they began to say things like ‘later, dem go dey carry big big jeep dey waka, dey spray money, you go dey jealous dem. I like my life, so long as I see food chop, see money enter okada, I dey alright.’ I quickly hurried to buy stuff and drove off, conversations like that bore me.

On my way home, I kept thinking about  those women and if they were honest or just consoling themselves. While I agree that crime is bad and all, were they really happy to just feed and barely get by? That’s a question only they can answer.

The truth though, is that a lot of us hide behind lies like these to feel better about ourselves. I remember when I just started driving, I realised that being beautiful (the fact that I look like a super star has been over flogged *tongue out*) and driving in Lagos came with its own insults; I was called prostitute, wife of a ritualist e.t.c. I used to react negatively to these words, until one incident made me realize that some of these people may be hiding behind these vile statements  to be feel better about themselves.

The excitement when a slay queen gets heartbroken or treated badly by a man is scary and I’m tempted to ask if it’s really about teaching the next generation values or something else.

When the rich have challenges, we seem to gloat and extol our virtues.

But then, it doesn’t have to be one or another; you can be successful and still have honest values. You can be a slay queen/siren/man magnet and still be a decent, dependable and successful person.

You can be a handsome, wealthy guy with swag and still be a goddamn decent human being.

And while you are in the process of becoming what you want to be:

… during this process of becoming, do not for one day lie to yourself – just because the dream seems tough and unattainable. Don’t make statements like; ‘all these people, we know they are thieves‘ ‘all these girls, abeg it’s a man that pays for the lifestyle’.

While I agree that there are successful people who do all manner of despicable things, holding on to ideologies like the statements above  cripples us and makes us feel like we are incapable of attaining success. It also tells the younger generation that evil actually pays better.

We are all on our personal journeys in life, hence we need to be true to ourselves and go after our dreams maximising all available resources armed with the knowledge that not all successful people are evil.