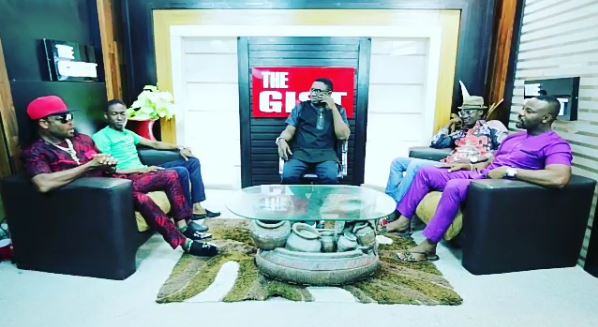 Okey Bakassi, Sound Sultan, African China were guests on Emma Ugolee‘s The Gist and they discussed drug use in the entertainment industry.

Okey Bakassi claimed that conservatively, 70% of Nigerian celebrities are on some substance that makes them high.

African China also weighed in on the matter. He said, “Thank God for my days,” after which the host said “when it was just weed.”

Okey Bakassi continued, “Now you hear all manner of names. From SK to Kush to Loud. The names come like everyday and you’re struggling to keep up with the nomenclature of it.”

The comedian did admit that he dabbled into the use of drugs when he was much younger, claiming it enhances creativity in the short term.

He said, “I did some of it too. Creativity is part of it.”