Arit Okpo: #DearYomi - a Case of Context in Communication 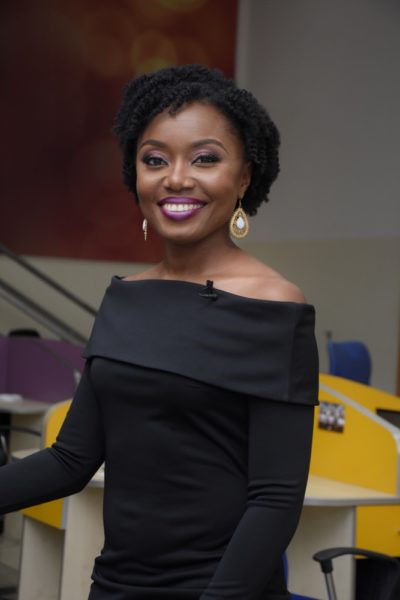 When I was in JS3 (abi it was JS2), we learned about formal letters. We were taught that formal letters were usually sent in official capacities and to people we didn’t know. There was also the semi-formal letter, which was some strange hybrid that I don’t recollect too much about. But anyway, there was the formal letter and the salutation had to be Dear Sir/Madam/Other official title (e.g Dr) and then the person’s surname. Use of the person’s first name was a faux pas worthy of getting your letter tossed into the nearest bin with haste and alacrity.

I recalled this when I read ACP Yomi Shogunle’s tweet. He shared a DM with a cheerful (and informal) ‘Dear Yomi’, noted that the person was born in 1992. He concluded with the observation that he was already working when this person was born, and as such the use of his first name was a disrespect almost too grievous to bear.

I took a minute to commiserate with the ACP; he was born in the era of formal letters. He started work in a time when people who wanted to communicate with him would send carefully worded letters with proper salutation and due recognition of his rank. When you add his culture to it, I could clearly see the sense of personal affront that prompted that tweet. I could actually imagine him saying it and then typing it, all the time thinking of the sheer disrespect that passes for communication in the Nigerian engagement space called Twitter.

Nigerian twitter was not so sympathetic and so I read responses such as – What if this younger person was your boss/You are a public servant, take what you get/Isn’t Yomi your name?/If it was a foreigner you would accept it jare!

Let me digress a little…

At my most recent place of employment, my team members called me Ma, which was quite frankly very acceptable to me, as they were minimum 8 years younger than I was. The only one who dared called me Arit would follow it immediately with a Ma! –  As in, “Good morning Arit, Ma!” I found it hilarious! The day a team member dared to try out my first name in a sentence, I made a casual sentence along the lines that we were not on a first name basis, she promptly apologised and we went on as before. Then we got a South African team lead who we all, without compunction, called by her first name. She didn’t care and it didn’t diminish her respect; it made me think.

Today, I encourage people to call me by my first name. I realise that my personal discomfort with being called my first name then, was because we were taught that it is disrespectful to call a senior (by age or position) by their name, and no amount of wokeness was going to change that.

So, back to ACP Shogunle and the Disrespectful Youngster…

My opinion? Hmm, let me word this very carefully…

The ideal method of communication would have been Dear Mr Shogunle/Dear ACP. This has nothing to do with age or respect, simply the ideal method of first time communication with someone you don’t know personally. If “Disrespectful Younster was the ACP’s boss or a foreigner, those extenuating circumstances would of course make the use of his first name acceptable.

Now, I am not the spokesperson for Nigerian Twitter and ACP Shogunle has gotten an all too familiar experience of the democracy that is social media, meaning simply that no matter your preferences or usual experiences, you have to expect that people will relate to you on their terms, not yours. His personal discomfort irrespective, he really had no choice but to get on with it. Sharing his sense of affront just fetched him some very harsh feedback from people who quite frankly, don’t care. As far as Nigerian Twitter youth were concerned, it only served to show how out of touch our public servants are with the modern reality.

I will say this though, context is important in communication. The people who call their international/expat bosses by their first names should recognise that this is the context said bosses are used to. This is not the context in Nigeria and it is a bit unrealistic to expect that because you call your boss Roger, you can come here and call a public servant 20 years your senior by his first name with a reasonable expectation of a positive response. Ko le happen.