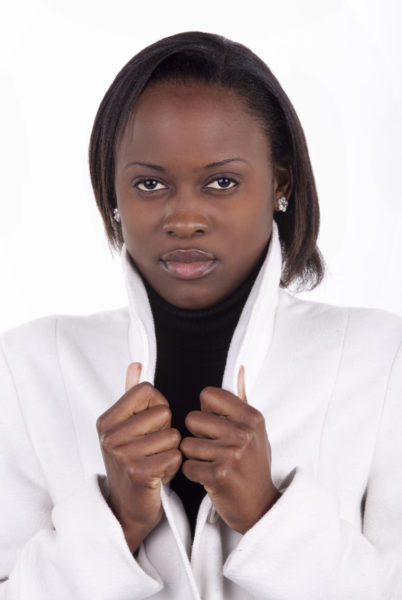 During my days in university, I encouraged and supported my friends to vie for political positions while I stood aloof. Not because I was did not have any interest in getting involved myself, but because as an introvert, I felt I was deficient as regards the temperament and charisma needed to be an ideal politician. That was until I found out that the greatest presidents the United States of America has had, Abraham Lincoln, was an introvert. This discovery boosted my confidence to give politics try, although eventually, my only political achievement was a consolatory departmental position.

My experience in school politics made me discover that our society has a subconscious bias against introverted leaders and leadership. There is this general perception that introverts do not have as much leadership potential as extroverts do. A survey carried out in the United States shows that 65 percent of the respondents who are mainly business executives are of the view that introversion is a barrier to effective leadership in business. This is opposed to the fact that, at least 3 out of the top six richest men in the world including Bill Gates are confirmed to be introverts.

The lopsided conception as to who our leaders must be and the temperament they must exhibit has cost Nigeria and other countries a lot. Nigerians have continued to sacrifice visionary leadership on the altar of rhetorical and mundanely charismatic politics. This has not helped our country in anyway.

Leadership in it ideal sense means the ability of a person or organisation to lead others to achieve a set goal. It does not merely entail spurring people to vote for you in an election, as it is typical in Nigeria. Rather, it involves vision-driven leaders propelling and inspiring their followers to achieve common objectives.

Introverts might not be assertive, verbose or socially energetic, but they have certain personality traits that make them effective leaders. Some of these qualities include:

They are Able to Focus
Although, introverts are not bossy or assertive, they have an obstinate ability to keep their eyes on a goal till it is achieved. Unlike extroverts who are reward driven, introverts are goal-driven. This means that introverts are inspired to see a course through, not because of the benefits involved in achieving the goals, but because of the gratification of achieving the goals. Extroverts on the other hand, are motivated by the reward of such success. Introverts are inspired to see a course to the end because they are usually obsessed by goals they intend to achieve. This makes them a vision driven leaders.

In the words of the great introverted scientist, Albeit Einstein, “It is not that I’m so smart, it’s that I stay with the problem longer”.

They are Great Listeners
Because introverts have a quiet disposition, they tend to attract emotionally needy individuals who wish to talk their hearts out. People express their sense of importance through talking, and to get someone who listens to them means a lot them. This ability to pay rapt attention grooms introverts for leadership roles. You will agree with me that the best set of leaders are those who are patient enough to listen to the opinion of their subordinates. The ability to listen is valuable for any leader who wants to have an effective team.

They are Retrospective
Introverts leverage on their quiet nature to think things through before they act. They examine carefully the pros and cons. If need be, they consult other people to get their opinion. They don’t just react spontaneously, they are careful enough to weigh the issue on ground before coming up with a decision. Likewise, they select their words before speaking. Introverts allow others speak while they think and at the end of the day, they usually come up with the winning idea.

They Lead from Behind
The disparity between the leadership style of an introvert and that of an extrovert is that, while an introvert leads from behind, an extrovert leads with his team behind him. This is not to say that introverts are cowards because they ensure that they carry every member of the team along. With introverts, no one must be left behind.

Richard Stengel, while working on Nelson Mandela’s biography pointed out that Mandela, being an introvert, believed in leading from behind. This was as a result of the lessons he had learnt and from his experience as a herd-boy in charge of his family’s cattle.

They are Usually Considerate
Introverts are empathetic not emphatic leaders. They would rather go easy but firm on their subordinates because they don’t believe in working in an environment where subordinates fidget in fear. They prefer an environment where the relationship is cordial and relaxed instead hostile. By so doing, unnecessary pressure on the team members would be reduced.

They can Work Alone
The fact remains that leaders would at one point of their leadership career have to work alone, especially when the vision is still in the cradle. Great leaders start their extraordinary course alone and eventually bring more people on board. Uche Pedro started BellaNaija alone before others bought into her vision. Working alone is an important and unavoidable phase in any leader’s journey to relevance, and for introverts it is quite easy since they love solitude.

Steve Wozniak, the Co-founder of Apple believes that introverts can leverage on their ability to work alone in order to become great leaders. In his words, “Most inventors and engineers I have met are like me. They are shy and they live in their heads. They work best when they are alone.”

While this write-up is not out to insinuate that one personality trait is more desirable or better, I believe that our society needs to be weary of its preconceived notion about leadership. We need to judge people and leaders, not on their temperament or personality trait, but on the genuineness of their intention and the validity of their vision.

Arit Okpo: #DearYomi – a Case of Context in Communication