BN Book Excerpt: When We Speak of Nothing by Olumide Popoola 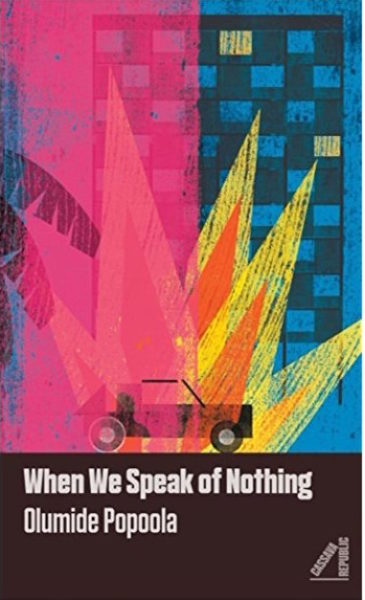 The way she walked in gave her mood away. Karl hid in the living room. Hiding was pointless. You couldn’t get lost in their one-point-five-mini-bedroom mansion. Everywhere was present. Like over the top. When Rebecca entered, he pretended to be tidying up. But there were no stray papers or clothes, nothing to put away or straighten. Nothing. It had all been taken care of. The day before yesterday. The day his mother came home energised. Ready. Because it hadn’t been a relapse. Karl stood with half of his back to her. His face towards the TV. Rebecca waited. It was rude. You didn’t treat your mum that way. Ignoring, pretending, avoiding.
‘I thought I’d skip counselling this time.’
It wasn’t a laugh that came out of his mother’s mouth. ‘And you failed to mention it beforehand?’

‘I thought I’d give you time. So you could have proper chat and all …’

She left the room. Not pleased. So not pleased. Karl could hear her bedroom door open, then the water in the bathroom. He sat on the small couch and checked his phone. No messages. Abu was out with the twins and his mother. Visiting relatives. He was stuck with his own life.

He could smell the bath oil from here. His mother returned, already in her bathrobe.

‘We don’t have to have these sessions. It’s something we’re doing for the both of us. If you don’t want to go, say. But don’t take me for a ride.’
Karl was staring at the TV. ‘Sorry mum.’

‘Sorry? Can you explain yourself? Much more important than your apology. What were you doing?’
‘Nothing.’
It was true. He had begged Godfrey not to say anything and Godfrey had agreed. For the time being. And then his mother came home all chirpy and ready to proper gel again.
‘Karl! I’m trying to talk to you!’

She had loosened her hair. It was falling over the top of the purple robe. He hated that thing. Or seriously disliked it, if you wanted to be more therapy talk like. It looked too cheap, too old, too unglamorous for his mother. Rebecca always laughed. ‘It’s perfectly fine, does the job,’ she would reply. She would laugh even more when he claimed it didn’t do her justice. But there was no use buying her a new one. She didn’t need one, didn’t want one, loved this one. The softness from endless washes. The familiarity. She wasn’t wearing it to show off. She wanted to be comfortable. Rebecca retied the belt, held on to the loose ends.

‘Karl, I’m waiting for an explanation.’

‘Just ground me or something.’

Rebecca’s mouth would have hit the street if it had been big enough to make it through the lower floors. It flapped open, heavy. ‘You want some form of punishment?’

Karl shrugged. He was pushing the boat out, major operation. He was already lost but once you ride a wave you have to keep bending your knees and go in, all the way.
‘For what?’

He had been grounded once. In seventeen years. And that was because of Piers. Aunty Sarah had insisted because Karl had broken Piers’ tail light. The grounding consisted of not coming along to an outing with them, which is what Karl had gone for in the first place. Piers gave offensive lectures while eating, walking, breathing. Basically he couldn’t stop his mouth from hating Karl. Ever. No therapy could soften that.

His shoulders moved up and down again. It wasn’t easy to be whatever on his mum. Not easy at all.

She grabbed her book from the table next to the couch. Her legs brushed his as she walked by.

‘I expect you to explain yourself. It’s not OK to leave other people hanging. You have a mouth; use it. We’re all reasonable people.’ She had been looking at him but walked out of the room now. ‘If you want, consider it your punishment.’
A text came in. Abu. On his way home.
‘We can talk tomorrow. Properly. You’re right, I should have come to therapy. Let’s talk about it next week.’ Karl, in the hallway as well, took his jacket off the wardrobe.

His mother was only a few steps away, hand on bathroom door. ‘I thought you wanted to be grounded? I expect you to stay here until you have given me a reasonable explanation. Suit yourself when you want to do that.’

Godfrey came by the next day. Agreed that the joint therapy sessions were to be joint. Like they had discussed and agreed. All of them. Unless Karl said so beforehand. Or his mother did. It was worse. They really hadn’t done any sessions for a while. This one was supposed to be a catching up to see if everything was still going well. They did that from time to time. How was it with their alternative-style family? Were Karl and Rebecca still on track, meaning close? How was Karl doing in general? How was Rebecca? Did they spend enough time with each other or did they get lost in their own lives? Especially when Rebecca was ill a lot. It helped. The checking in. Rebecca stayed main parent that way even in those rare times when a depression shut her away for weeks.

Karl had simply forgotten. A father looming on the horizon can make you do that. Especially when you intend to keep that new intel from your very clued-up mum.
‘I was just dealing with some stuff. Got caught up.’
His eyes were glazing over. Now a proper reason. Twenty-four hours and he still hadn’t come up with a good excuse. He wasn’t unreliable, so people, his people, asked to get an answer, not for rhetoric.

‘Probably the stuff with the bullies from your year?’

Godfrey could throw a lifeline like no other. Didn’t agree one single bit with the not telling his mother, but he could understand it, somehow, could feel Karl on this one.

‘Yes, yes. Distracted. So much going on. I need some time out, for real. Don’t really know where my head is at.’

He was trying to work his Karl magic – smiled sheepishly, dimples and all – but Rebecca waved it away.
‘Don’t try your cutesy face on me. I gave birth to you. Been seeing it since.’

They laughed. The air had lifted a little. Godfrey got up. He needed to be off, had just dropped by because of being in the neighbourhood, which was true. He left out that he was glad to leave this situation behind, withheld info and all. Rebecca walked him to the door; Karl followed behind. They both watched as Godfrey descended the stairs. Rebecca put her arm around Karl’s waist. Would have been the perfect time to bring it up. To start with the beginning. Of the story. Of what he was planning. But Karl lowered his head to her shoulder without any of those explanations.

‘Really mum, I just don’t know where my head is. Let’s leave therapy for a while.’ 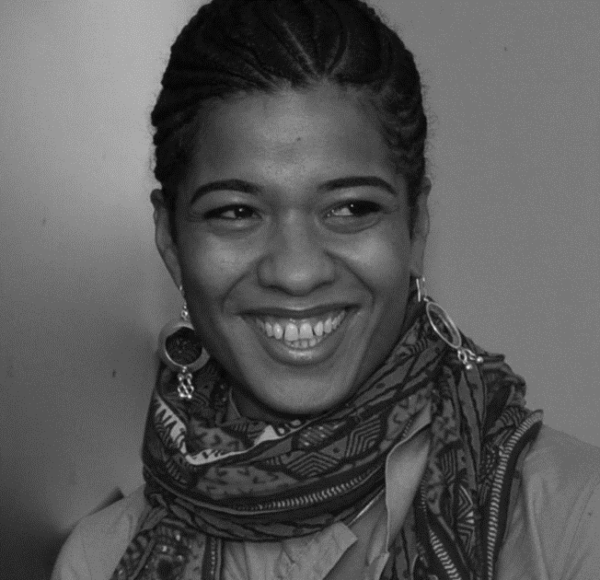 ***
About the Author
Olumide Popoola is a London-based Nigerian German author, poet, lecturer, performer and speaker, often collaborating with musicians or other artists. The scope of her work concerns critical investigation into the ‘in-between’ of culture, language and public space where, sometimes uncomfortable, a look at complexity is needed.

She holds a Masters and PhD in Creative Writing, and a Bachelor degree in Ayurvedic Medicine. In 2004, she won the May Ayim Award in the poetry category.

When We Speak of Nothing is available for purchase on Cassava Republic Press website (www.cassavarepublic.biz), Wordery and Amazon. It can also be purchased from Cassava Republic Bookshop in Abuja and any other major bookshop in Nigeria and the U.K.

Exploring Vulnerability, Brokenness & Renewal! Wana Udobang’s Poetry Album ‘In Memory of Forgetting’ is Out & We’re Here For It

Explore, with your Mind