BN Prose: In Loving Memory of Sacrifice by Grace Ogor 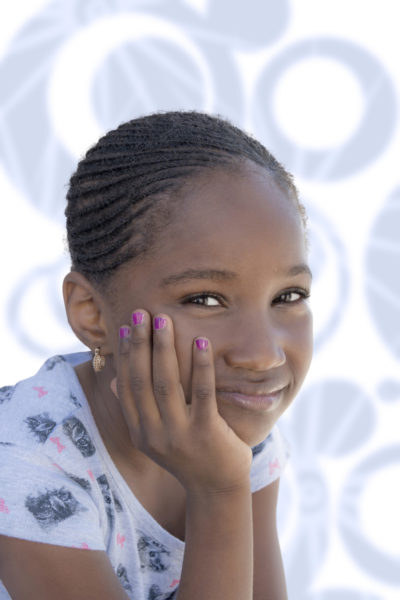 A lone scream pierced through the stillness of the night, jolting me out of my reverie. It was accompanied in quick successions by others, bringing me into consciousness. The hairs on my body pricked in fright and anticipation. Those screams were bloodcurdling and filled with terror and agony. It could only mean one thing; the marauders were here again.

I looked at the door and made a mad dash for it. Only to halt few feet away from death. A fiery arrow pierced through the door and would have gone through me had I not stopped, just in time. I coiled back in fright and watched, as the flames licked the wooden door like some sumptuous meal.

We were going to be burnt alive! I saw Mama get up quickly, began running around, searching frantically for something.

“Hadiza, get out of the house!” She said raising her voice above the crackling of the flames and hiss of the burning rafters.

“Mama, I can’t. We are trapped inside.” The heat and burning raffia floating across the small room made it become unbearable. I swatted my right shoulder in pain as a burning raffia landed on my shoulder, burrowing through my blouse, into my skin, scotching me. Large chunks of the fiery rafters began to drop and I knew it was only a matter of minutes before everything came crashing in.

“Come!” Mama ordered. “Come this way.” She led me to the opening at the back of the hut that acted as a window. She pulled an empty paint bucket, turned it upside down and stood on it. She turned to me with her hands outstretched, silently giving me orders. I ran into her outstretched arms and she lifted me precariously with strength I didn’t know she possessed.

“Go through it Hadiza!” She shouted. I placed my hands on the window and used my elbows for balance as I pulled my body through the opening.

“Hurry! Hadiza! Run to Baba Sani’s house. It’s on the way to the next village. If you don’t see him or anybody you know, keep running where everyone else is running!”

With that she gave me a rough nudge and I fell palms first. A sharp pain shot through my wrists but that was swallowed almost immediately up by the ordeal in front of us.

I stood up and removed a pebble that had burrowed deep into my right palm as Mama’s hands quickly disappeared inside. I turned around and saw people running helter-skelter. Houses and livestock being engulfed in flames. I watched as three doors burst open simultaneously and two men and a woman came running out all engulfed in flames as they cried for help. Everyone whose paths crossed their way, avoided them. The marauders had planned us this time. The acrid smell of burning flesh hung heavily as people struggled in vain to live. Another barrage of arrows came flying, picking people at random. I ducked to the ground and watched as an arrow picked Mama Rasheed, passed through three month old Rasheed and wedged them by the cane sugar bush.

“Mama!” I called out in panic. I stood up and tried to place myself on my toes so the wind could carry my voice above the din. Not minding if that was logical or not. Her hands passed through the window again and dropped a bundle wrapped in her favourite wrapper.

“It’s a few of your clothes, Hadiza.” Her voice came through the opening. “There’s money also tied in the handkerchief inside. Run, Hadiza run!”

“The window is too small, Hadiza. I cannot pass through it.”

“Mama!” I cried out as reality suddenly dawned on me. The picture of the people who just burst through their houses in flames flitted through my mind.

“Mama!” I screamed as my lungs and heart constricted in pain and agony. Tears ran freely down my cheeks.

“Hadiza, run!” Mama voice boomed with authority even though it sounded as if she was crying.

“I will not leave you here.” I screamed in defiance. It was the first time I openly disobeyed her and I couldn’t care less what’d she’d do to me.

“Okay, stand by the mango tree.”

And with a mighty thud, the roof came down. I turned in shock as I heard her screams. I dropped my bundle and lurched forward to go rescue her but fear from my very core gripped me. I just stood there in shock. Someone running knocked me to the ground but I barely felt it. An arrow whizzed past me, but I just watched on. I heard her stop screaming and I knew the inevitable had happened.

The flames hissed as if in mockery of my helplessness.

Run Hadiza, run!!! Her voice echoed in my head. With everything moving in a slow dreamlike state, I got up from the ground, wincing in pain as my left wrist throbbed painfully but my brain barely registered it.

I could hear chants from the terrorists as they proclaimed victory over another town. I looked all around me, the pandemonium, the stampede, charred bodies of men, women and children. Screams of terror as people ran past me. Everything was just surreal. I picked up the bundle and looked again, for the last time, at what used to be my home. We had just moved here three months ago after Dada and Musa were captured and killed in the raid that occurred in the neighbouring village; our place of origin.

I looked at the pile of rubble and heard her voice echo in my head.

Then with all the strength left in me, I turned toward the direction the general populace was running to, and I ran. As fast as my seven year old legs could carry me.

4 Things to Consider Before You Remarry

What does empowerment mean to you? Watch Tee A, Waje, Banky W, Mai Atafo share their Views