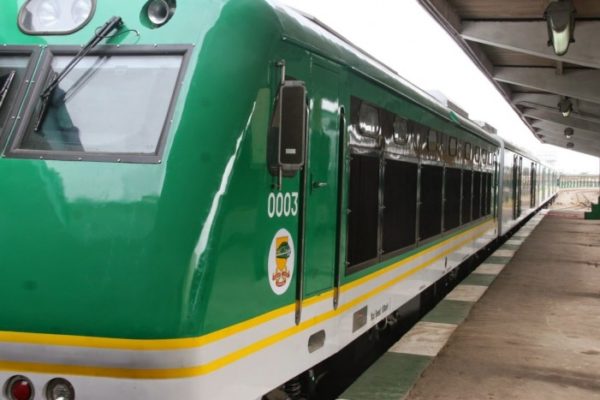 The Senate on Monday commenced a comprehensive tour of the railway modernisation project across Nigeria.

The oversight is to enable the Senate physically ascertain the project for which the government has requested approval for a $5 billion loan from the Chinese Exim Bank.

The Senate Joint Committee on Transportation and Committee on Local and Foreign Debt visited the Nigerian Railway Corporation to assess the work done on the Lagos – Kano and Calabar to Lagos railway modernization projects.

Senator Gbenga Ashafa who led the committee told newsmen that the purpose of the visit was to show the commitment of the Senate to ensuring accountability in spending public funds.

As such, the bulk of this Joint Committee’s work lies particularly in the areas that concern the activities of the Ministry of Transport and all relevant stakeholders in the expenditure of the loan.

As requested, the sum of $5.851 Billion being the total approved loan would be expended on the Modernization of Lagos to Kano, Kano to Kaduna, Lagos to Ibadan and Calabar to Lagos rail segments.

Having had the benefit of listening to presentations and from the Honourable Minister of Transportation and all other stakeholders as regards the progress of he project, it is our hope that the contractors on this project, (China Civil Engineering Construction Corporation CCECC) would keep to term and deliver this project for the benefit of all Nigerians in record time.

We are confident that the Lagos to Kano, and Calabar to Lagos railway modernization projects would in no small way further reinvigorate the Nigerian economy through the creation jobs.

We, therefore, call on CCECC to maximize local content in the in the area of raw materials and labour force,” he said.

He pledged the commitment of the Senate to supporting the executive in the actualization of every developmental project.

He said that there will be no going back on the Senate’s commitment to ensure accountability in public expenditure.

He said that the Senate will follow the project throughout its stages of implementation.

#NBAAfricaGame2017: How it went down over the Weekend