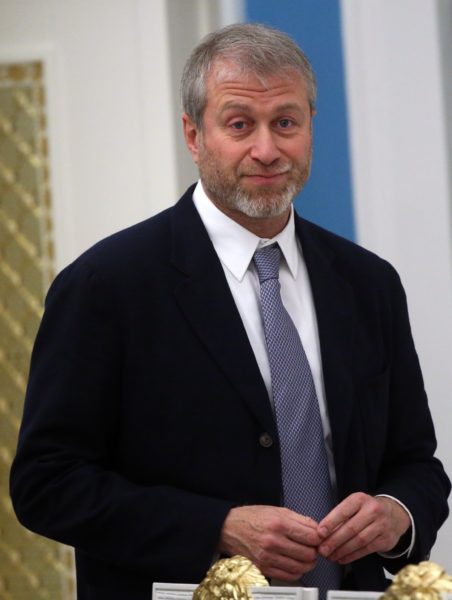 According to Forbes magazine, Abramovich is Russia’s 12th richest businessman with a fortune of $9.1 billion and he has owned Chelsea since 2003.

“After 10 years together, the two of us have made the difficult decision to separate, but we remain close friends, parents, and partners in the projects we developed together,” the statement reads.

The statement did not make clear whether Abramovich and Zhukova are married, although they have two children together, a son and daughter.

In the couple’s joint statement, they said that “We are committed to jointly raising our two children.”

According to The Guardian, Abramovich’s first marriage was brief, from 1987 to 1991 with Olga Lysova. He divorced his second wife Irina Malandina in 2007 after a marriage lasting 16 years. They had five children together.

Zhukova founded Garage, a popular contemporary arts centre and gallery in Moscow, as well as collaborating with Abramovich on the New Holland arts centre in Saint Petersburg.

The couple confirmed that they will continue working together as co-founders of the Garage Museum and the New Holland Island cultural center in Saint Petersburg.