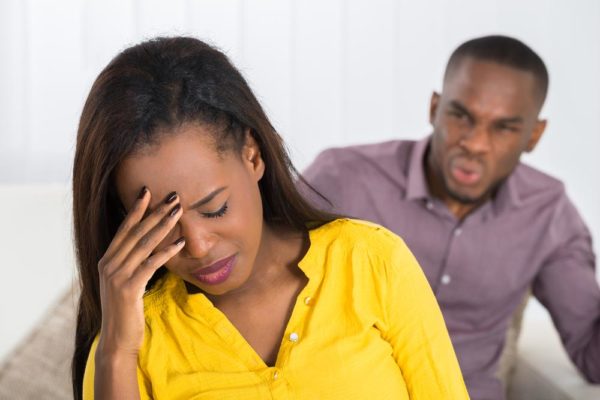 “I must have married the wrong person…” Sade thought to herself. “It’s been 4 years and we still fight and argue so much. I just don’t understand why Kunle is so self-centered and nonchalant. Our combined income is well over $150,000 annually and we still live pay check to pay check. He has to stop this reckless spending. Even though we make significantly more than most of our friends, they live in better neighborhoods, drive better cars and go on family vacations we can’t afford. It just don’t make sense to me that a grown man with a daughter, and another one on the way spends more than he makes.”, she further expressed.

“Worse still, are the reasons he gives for going over his budget. Last month, it was because he wanted to buy a $400 pair of shoes. The previous month, it was because he bought a $1,000 wrist watch. Prior to that, it was a trip to Italy with his friends that put a dent in our savings account. I still don’t understand why he had to fly 1st class. I don’t fly 1st class; in fact, I have never!” At this point, Sade was overwhelmed by her emotions and started to cry. “How did I get to this point in my life?”, she asked.

The idea that one married the wrong spouse usually stems from discomfort in certain areas of marriage. Often times, when couples are not fulfilled in life or marriage, they attribute the feeling to having married the wrong person. Perhaps, because they believe that the ‘right person’ will always make them happy and fulfilled. They forget that a successful marriage takes work.

For newlyweds, this thought often creeps in because they are in the adjustment phase of marriage, usually the first 7 years. At this point, they have moved past the infatuation stage, stopped dealing with superficiality and are now faced with real life. Understanding that human beings like to blame others for any mishap in their lives would help fathom why people may begin to think at some point, that they have married the wrong person. In extreme cases, they might even begin to wish they had married someone else. If this feeling is not blocked out of one’s head, they will always find faults in their spouse. Now let’s go back to our case study, Sade and Kunle’s story.

At this point, Sade was already convinced that she married the wrong person and allowed that thought give birth to many others. She thinks about the new car he wants to buy even though he can’t afford to. She began to wonder what his next plan would be, take a car loan, maybe? “But there is nothing wrong with his 2012 Lexus.” Sade thought.

“I saw the signs of Kunle’s reckless spending before we got married. Anybody who spends more than they make is reckless. All those expensive gifts he got me even though his pay wasn’t so much were enough to warn me. I should have paid close attention to them. With our second baby coming, this financial irresponsibility needs to stop. Maybe I should have married Gbenga instead, he seems to be doing well for himself now. He lives in a nice neighborhood, drives a nice car and he is a Senior Director of Finance.”, she wondered. Kunle on the other hand, had begun to wonder why he didn’t marry easy-going Chioma instead. “We would have been enjoying a fulfilling life instead of arguing the way Sade and I do. Sade is definitely the wrong person for me. She’s boring and too uptight about money”, he thought.

The reality is, for any marriage to succeed, you would need to erase the feeling that you might have made a wrong choice of partner. This internal battle is one that many couples face. However, the ability to reconcile this feeling is key to success in marriage. Regardless of who you marry, there will be issues and situations to work through. As such, the idea that marital issues do not exist if you simply marry the ‘right person’ is not accurate. Although, some issues could have been avoided if you had married someone else, it does not negate the fact that you might have had to deal with other issues.

You should not have married your spouse but you did, get over it. You cannot have a dog or cat and not make changes. Once you introduce a new variable or person into your life, you will have to make the necessary adjustments to accommodate them. Instead of sulking, do something about it; look for ways to resolve your issues and grow together. Always remember that marriage is a journey, not a destination. It should get better over time if basic principles are consistently applied.

If however, any form of abuse is involved, please seek help immediately. Your life and safety are of utmost importance.

For the Modern Dad! 6 Reasons Why You’re Hesitant About Paternity Leave

Uthman Oluwatoyosi Erogbogbo has a passion to see more Godly marriages today. With a conviction that society prospers when the family and marriage institution flourish. With MBA from Purdue University, Toyosi is the author of Marital Relationships. A committed husband to Damilola and they are blessed with two sons. He ministers at RCCG Victory House in Oak Park, IL. https://www.amazon.com/Marital-Relationships-Toyosi-Erogbogbo/dp/0991035925 - Book http://yourmarriagejourney.com/ - Blog