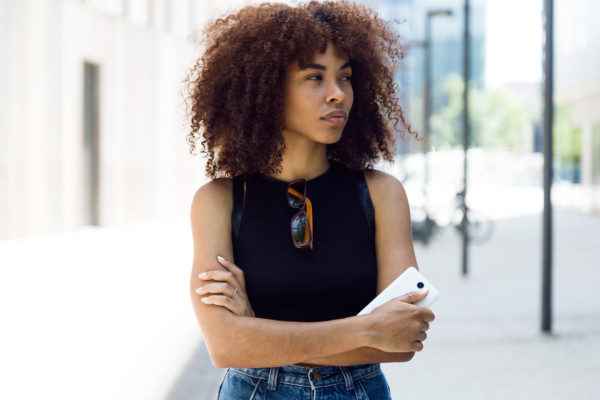 There is a saying in Igbo that what you don’t know cannot kill you‘ihe ina amaghi, agaghi egbu gi’
I found it to be true; ignorance may not be an excuse most times, but it sure protects.

I was watching a reality show on CBS Reality few days ago, called Moment of Truth. An engaged couple was on the hot seat while their families were on standby. They sat down holding hands together in the normal loved up pose of standing by each other through fire and ice.

The first round was for 10,000 dollars. They scaled through that without hassles, but by the time they got to the second round of questions, the lady’s face was already tense. She had gone through a range of emotions: shock, surprise, anger and curiosity. It was as if the show was revealing so many things about the couple that they didn’t know about themselves or would never have known. The questions revolved around what each felt about the other’s family, financial issues, relationships with the opposite sex.

By the time, they started the third round which was for 100,000 dollars, the hands were apart; tears had been shed. The anchor asked if they wanted to quit but they decided to carry through with it. I turned to my friend and told him ‘these guys are going to break up at the end’.

The questions kept coming. The final nail in the coffin was when the lady Bernice, was asked if Jeff (the guy) was the most important person in her life, she replied “no”. Then Jeff was asked if Bernice was the last woman he desired to have sexual relations with, he also said ‘no’.
Finally they won that stage, and when the next stage started, the girl was asked if she still wanted to marry the guy, she said ‘yes’. The guy said ‘no’

They came in engaged, they left disengaged.

So what happens when the truth scatters rather than builds up? There are times when ignorance looks like a blessing, because knowing may either hurt us or the other person.

In relationships, trust can only be gained with knowledge and knowledge can only be gotten by asking questions, but sometimes, we ask the well known questions and leave the less likely ones, because we do not consider it necessary. We are afraid of what the outcome might be, if we do ask.

Here are some tips to deal with the truth, if it comes out as raw as you hate it.

When you ask about finance:
Always bear in mind that you are dealing with a human being and we are all naturally self centered. This influences all we do, starting from finances, to family relationships. So, if your partner says no to a joint account, or keeps an unknown stash of money somewhere, it may not be a red flag. He or she just desires to have some sort of control over their money, at least.

When you ask about family and relatives:
We all have a right to think and feel as we like, so if you ask your partner whether he or she would like a relative come stay over, and it comes out negative don’t crucify them, or go on and on about how they doesn’t like your family or how they are trying to colonise you. Your partner is entitled to what he or she feels. It could just be a desire to maintain some degree of privacy, it doesn’t make them bad people.

Previous relationships:
Don’t forget you both didn’t start dating from the womb. There always will be other people in the picture, men and women with whom they have shared a part of their lives with. Some people may not know how to make a clean break from the past to avoid it messing up the present and the future. So there may still be some worms remaining in the can, even when you thought you poured it all out, or some pretty dried up skeletons in the cupboards.

The hardest part about knowing the truth is at the end, you wish you hadn’t. Deciding to shy away from it doesn’t mean it ain’t all there. It sucks, it really does suck, especially when you think you have known all there is to know about your partner and one of those days you just get a rude awakening, either he or she had been seeing an ex behind your back or the love isn’t just as hot as you thought it was.

Are you gonna die? No. Deal with it. The truth most at times ain’t sweet, it sounds like bad news, but still is the truth.

How Maureen surprised Blossom Chukwujekwu with an Intimate Birthday Dinner ?