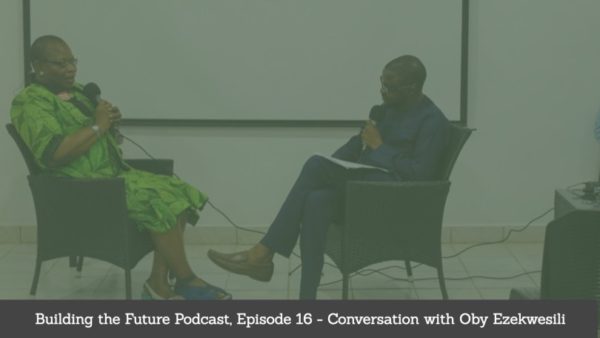 We’ve for a while now been hosting a new podcast series: The Building the Future Podcast with Dotun Olowoporoku.

We have entrepreneurs, industry leaders, founders of startups who are writing the narrative that will be told about the African continent, telling their stories directly.

Oby Ezekwesili, former Vice President, World Bank (Africa Region), and Time Magazine’s 100 Most Influential People in the world is the guest on this episode.

Ezekwesili, in this episode, discusses leadership, politics, and technology.

With lines like “Leadership is not a title or position. It’s about solving problems,” and “Not everyone is called to politics, but every citizen is called to governance,” Ezekwesili provides insight into her phenomenal mind.

Listen to the episode below: