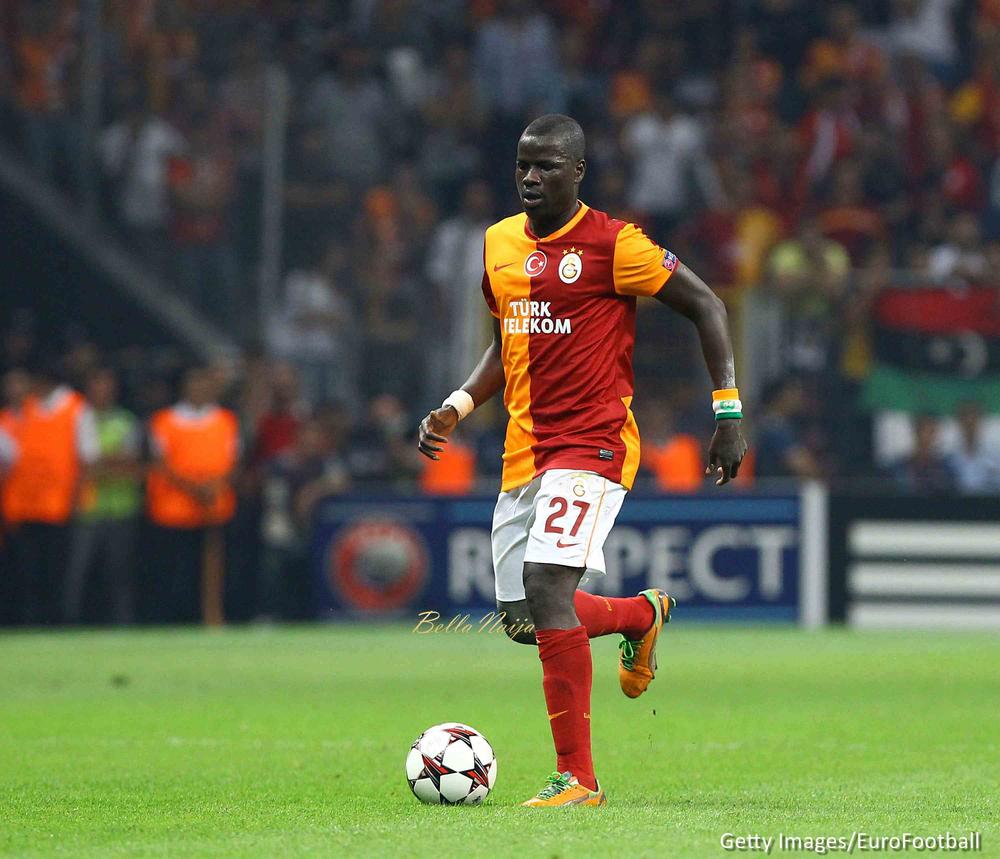 In 2006, Ivorian football star Emmanuel Eboue took to the pitch to play alongside the biggest names in world football at the time on European club football’s biggest stage -the UEFA Champions League Final. The match was between his then club Arsenal and Barcelona.

11 years after and his career is close to non-existent, he is divorced from his wife Aurelie with full custody of their three kids and all his assets given to her. He, at one time was sleeping on the mattress in his friend’s house; he now hides from bailiffs and wash clothes with his hands.

“Every day I wash my jeans, my clothes, everything. My hands are hard. As though I have been working on a farm.

I thank my grandmother because she taught me to wash, cook, clean, everything as a young man.

I continue to thank God. I have my life. I didn’t want what has happened. I don’t wish it on anybody,” he says.

Granting an exclusive interview to Daily Mirror, the former Galatasaray player tells his tale of grace-to-grass which has left him contemplating suicide on a few occasions. Being one with limited education, he left his financial affairs to his wife and is now paying the price.

He last signed for Sunderland Football Club of England although he did not play a single game. He was banned for 12 months from all football-related affairs for failing to pay a former agent and subsequently released form his Sunderland contract.

He lost a divorce battle with Aurelie and the court has ordered all his assets be transferred to her. He however has refused to let go of his Enfield home, he tells Daily Mirror:

I can’t afford the money to continue to have any lawyer or barrister. I am in the house but I am scared. Because I don’t know what time the police will come. Sometimes I shut off the lights because I don’t want people to know that I am inside. I put everything behind the door. My own house. I suffered to buy my house but I am now scared.I am not going to sell my clothes or sell what I have. I will fight until the end because it is not fair.

Watching former teammates on TV doing well for themselves triggers mixed feelings for him, he says.

He said: “When I see Thierry Henry I feel happy for him but ashamed of my own situation. When I see friends on TV that I played with or against I say to myself ‘I should still be there’. It’s hard to watch them.”

Eboue is still hoping to go back to the playing field, but is ready to accept help from anywhere.

“I would accept help from anywhere but if my previous club wants to help me then I would be very, very happy. Maybe I could help the young players?

The PFA helped me when I had my problems with my agent. If they gave me a job, even if it wasn’t a big, big job.

Maybe I’d see some of the people I played with or against and I’d feel embarrassed. But I would cope,” he said.

He wants young footballers to learn from his story. He said:

I look back and say ­‘Emmanuel, you have been naive… why didn’t you think about that before?’ It is hard.

Very, very hard. The money I earned, I sent it to my wife for our children.

In Turkey I earned eight million euros. I sent seven million back home. Whatever she tells me to sign, I sign.

She is my wife. The problems with FIFA were because of people advising me. People who are supposed to care. But it was because of them FIFA banned me.

Looking for an Indulgent way to Treat You & Your Family this Festive Season? The George Lagos offers an array of Festive Experiences

Just in time for Christmas! WATCH Sisi Yemmie’s Video on how to make the Perfect “Slay Chicken”