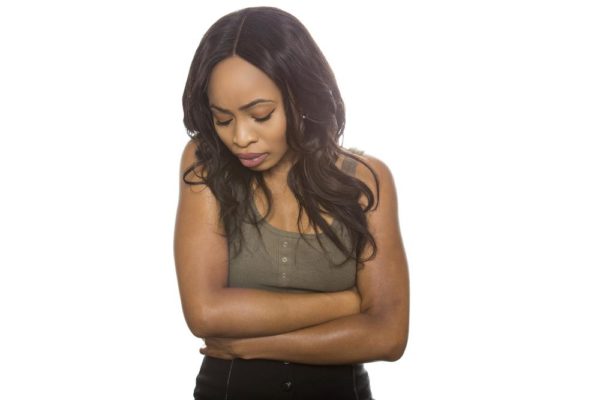 “Even with my bachelor’s degree, I still felt more comfortable at the strip club than anywhere else. And that feeling hit me the very first time I walked through the doors. While I initially started dancing to avoid eviction, I stayed because I felt more at home in the strip club than I did in college, at church and at my parents’. Not only was I accustomed to feeling degraded, I believed I didn’t deserve any better than the men at the club.” – True Story.

It’s not easy to deal with developmental trauma, however, understanding these basic themes, which are often a result of dissociative effects on the traumatized personality, can help people recognize areas of difficulty so they can begin doing the work of recovery, repair, and personal growth.

Here are key ways that identity tends to be shaped by earlier traumatic experiences:

Loss of childhood
“I never really had a childhood,” or “I can’t remember much from growing up.”
People who experience a very distressing childhood often can’t remember large chunks of their early life. They may remember particularly vivid moments, sometimes called “flashbulb memories,” which don’t have any context to them. They often don’t have a clear story of themselves as a children, through adolescence, early adulthood, and sometimes even later in life.

Missing parts of oneself
“I’ve always felt like something was missing, but I don’t know what it is.”
With chronic developmental trauma, children often disconnect important parts of themselves to survive, a form of dissociation. They may come to rely on one major persona to have stability and make it appear as if everything were OK — such as being an exemplary student — while having little or no real personal life. Later in life, they may feel like parts of themselves are missing. Through personal growth and therapy, they may rediscover and even create anew these missing parts. Sometimes they are there, stowed away for better times if you will, but younger-feeling than their everyday persona. It’s common for these missing parts to be associated with emotional states and memories, and reuniting leads to a fuller sense of identity.

Attraction to destructive relationships
“I’m the kind of person that always dates people who are bad for me.”
It is not uncommon for people traumatized by key caregivers to end up with friendships, romantic relationships, and even work settings which are not good for them. They find people who fit their traumatic identity, even when they are trying to make different and better choices, leading to re-traumatization through repetition of the past.

They may end up being around emotionally unavailable people, abusive or narcissistic people, or end up trying to rescue and fix people they date. Consciously, they want to find someone who can provide what they intellectually know they need and want, yet unconscious influences lead them down unwanted, familiar paths. Frequently, there is a powerful “chemistry” with new relationships, which makes it seem like the relationship will be different, only to learn with disappointment that it is all too familiar.

Avoidance of relationships
“I’m someone who is better off alone.”
Alternatively, people with negative developmental experiences involving intimate relationships may opt to avoid closeness and isolate themselves. Sometimes this starts early on and sometimes later, as an attempt to break the cycle of harmful relationships. But healthy relationships with other people are crucial for personal development, presenting opportunities for growth and change. Missing out on them in adulthood as a self-protective measure further impairs development of a fully adult identity, solidifying a self-perception of unworthiness and self-condemnation.

Avoidance of oneself
“I don’t like to think about myself; it only makes me feel bad.”
Especially when childhood trauma was a defining component of key relationships — parents, siblings, and other important people — any reminder of those experiences may lead to efforts to manage painful emotions and experiences through escape from oneself. Taken to the extreme, this may lead one to self-destruction.

Connection with oneself, as with others, could become a powerful reminder of prior trauma, activating memories and emotions which are often too much to handle. Self-care becomes impaired, and one learns to live apart from oneself as a matter of habit. They may not be able to reflect upon themselves at all, and flee from any encouragement to do so. Sense of self is often characterized by disgust and essential badness, reflecting a rigid traumatic identity.

Difficulty integrating emotions into one’s identity
“I’m not the kind of person who has strong feelings about things.”
When feelings had no place in one’s family of origin, emotions become split from identity. They continue to have influence, leading to confusion and an unstable sense of self, because one is unable to predict, let alone manage, strong emotions. We need that emotional data to be fully ourselves and to make decisions. Emotional dysregulation leads to problems with impulsive decisions and gets in the way of forming healthy relationships with others.

People may experience a sense of emotional numbing or (paradoxically) feel they don’t have any emotions at all. They may experience a limited range of emotions or feel muted emotions. They may, for example, only be able to feel vague emotions, such as frustration or boredom, or they may block out dissatisfaction until anger explodes. They may only feel negative emotions about themselves, such as disgust and self-loathing — and recoil from anything or anyone presenting a positive view of them, feeling uneasy with gratitude from others, “not knowing how to take a compliment” or feeling mistrustful when people express kindness. They may adopt an overly intellectualized identity, acting stilted or awkward around others.

While it can be disheartening to read about the effects of developmental trauma in adulthood, and daunting to contemplate doing the work of recovery and identity formation beyond that of the traumatized self, therapeutic efforts are effective.

With the help of an experienced therapist, you can develop the right skills to manage your emotions, create a balanced sense of self, and overcome the pain from the trauma. Recovery, grieving, and growth often take place over a longer period than one would want, and re-connecting with oneself has many layers. Developing a sense that long-term goals are attainable and worth working toward is important, even if it doesn’t feel possible or true. Working toward getting basic self-care in place is a vital first step, as is working toward feeling comfortable seeking help when trust in caregivers has been broken. Developing compassion for and patience with oneself can be difficult, but useful.

Folasade Owoeye: This is 30