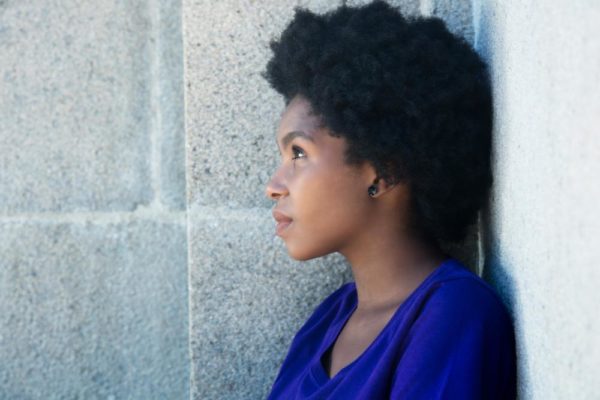 I recently returned from Iraq where I was working for War Child, an international charity that helps women and children rebuild their lives in the aftermath of violent conflict. There, girls and women are fleeing a brutal, genocidal regime which for the past two years has created an efficiently misogynistic system to control, degrade and ensure they do not enjoy the same privileges as men.

I met girls who had been taken from their families at ages 12 and 14, given as bounty to ISIS leaders or sold as chattel in markets, and raped and abused repeatedly. Even after they escape these nightmares, they invariably confront a new one: abuse at the hands of people in their own communities, who perceive them to be tainted, damaged goods, they are girls with simply no place at all – Samantha Nutt.

***
Earlier this year I received a call for help from a rape survivor I work with in Graham’s town. She said her friend had been raped over the weekend. The second rape survivor visited an Eastern Cape clinic the day after her rape to gain access to emergency services. While there, she said healthcare workers denied her access to post-exposure prophylaxis (PEP) because she had not opened a rape case with the South African Police Services (SAPS). Unless she laid a charge, they said, she could not “prove” she had been raped and did not qualify for PEP.

The survivor pleaded with healthcare workers for access to PEP for two days, and contacted me on day three. By that time, she had already suffered secondary victimization at the hands of the healthcare workers. Worse still: more than 72 hours had passed since she was raped. Raped survivors must begin their PEP course within 72 hours of their rape; if taken after this time frame has lapsed the drugs will be rendered ineffective in the prevention of HIV infection. – Michelle Solomon.

***
“I was a young girl with everything before me. I was a student doing well at Forbes High School, coming first in four subjects…However, my life and future was stolen from me by the criminal actions of an Anglican priest … Donald Shearman”
This is how Beth Heinrich started her private submission to the Royal Commission into Institutional Responses to Child Sexual Abuse. Shearman was an assistant Anglican priest, and he and his wife oversaw the hostel where Beth boarded. Beth’s detailed submission and her rape and abuse provides an extraordinary insight into how perpetrators prepare their victims, and just how vulnerable children are.

One day, after many months of sexual abuse, Beth was “labelled promiscuous” and expelled from the hostel. This is where Beth’s story begins a new and extraordinary trajectory. Her experiences – and the many documents that she kept – provide the most detailed case study of what is called secondary victimization. Shearman – and the church – kept Beth hostage to his abuse. Child rapists seek to corrupt the institutions that provides the cloak of concealment and confusion that denies the victim any chance of justice or recognition.

Once corrupted, to protect themselves, institutions often aggressively minimize the crimes and blame the victims. Researchers in the US have called this the “second rape”. Other terms include double or post-crime victimization. – Adjunct Professor Chris Goddard.

Other examples of secondary victimization include:
• Having a doctor who minimizes/trivializes the seriousness of what has occurred and its effects.
• Being stigmatized by society for having developed a psychological condition.
• Being shunned and ostracized by friends/family because of the trauma.
• Being made to feel ashamed about what has happened and its effects.
• Having the vulnerable nature that has been developed because of the victim’s mental condition exploited by an intimate partner (the risk of this is especially high as those who have suffered significant abuse in their early lives are frequently (on an unconscious level) driven to seek out intimate partners who are likely to abuse them further – this is sometimes referred to as a repetition compulsion).