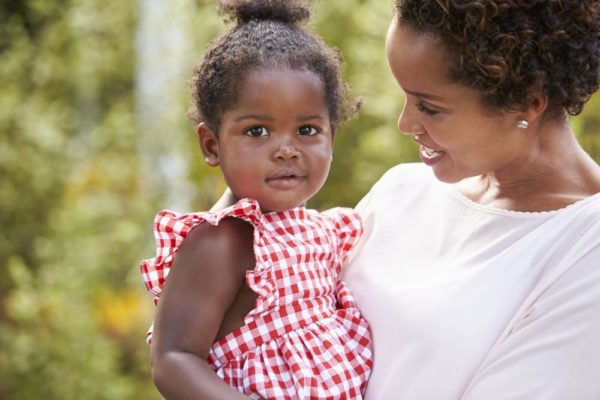 When I began to research this topic, it did not go as smoothly as planned in my head.

The consequence of this was that I was not able to feature any post last week as I was really scatterbrained. I had to reexamine everything I thought I knew about both adoption and abortion. I would like to say that I am closer to terra firma now on the issue than I was last week, but that is not true. For you see, there really is no concluding.

It is considered moralistic to advocate adoption over abortion. One involves the giving of life to another to care for; the second, the deliberate taking of life to absent the need for care. Some of us may consider it a no brainer.

Why should you wish to terminate life on purpose when there are many women who are infertile and who would be more than willing to take care of the child you carry? Why should you choose to do so, when there are people who would love to welcome new life into their homes such as yours, even after having theirs? Why should a decision deprive unmarried folks the choice of parenting a child?

The Bible in the same vein teaches that it would be great sin as each child is known and identified by God Himself. That it would be grievous to deliberately interfere with God’s plan. “Your (God’s) eyes have seen my unformed substance; and in your book were all written the days that were ordained for me, when as yet there was not one of them”- Psalm 139: 17. Also, “Did not he who made me in the womb make them? Did not the same one form us both in our mothers?”-Jeremiah 31:15. We should also not forget Exodus 20:13: “Thou shalt not kill”.

The law also has its own say. There are also two separate anti-abortion laws in Nigeria: The Criminal Code and the Penal Code, which specifically governs the Northern states. Various sections of this laws criminalize abortion and sentences those found guilty to imprisonment as well as fines (in some cases).

On the authority of Rex v. Bourne, however, a woman is allowed to have an abortion to save her life. Religion also recognizes this exception too.

There is no gainsaying the fact that despite the criminalization of abortion in Nigeria and in Africa as a whole, the abortion industry is well and booming. Almost all of us know one person or the other who has undergone an abortion. Some medical practices thrive alone on this sort of business and is contributory to the high maternal deaths in Africa. According to the Guttmacher Institute, almost all abortion related deaths worldwide occur in developing countries, with the highest number occurring in Africa. In 2014, at least 9% of maternal deaths (or 16,000 deaths) in Africa were due to unsafe abortions.

Curiously, in countries where abortion is legal, the number of abortions done was surprisingly low.

People often pith both concepts against the other. Some even go as far as saying that adoption is a far better option than abortion. I have found that it is an incredibly naïve way to think. Adoption will also not solve the problems caused by abortion, and vice versa. Both will never be the answer or an alternative of the other.

Abortion is not just a medical procedure, it’s an emotional one as well. But anyone who thinks the process of giving up a baby or a child for life to another is a far easier decision, needs a hard, fast rethink. Have you met anyone whose child went missing?

To quote Faith Hill who was herself adopted, “I have a lot of respect for my birth mother. I know she must have had a lot of love for me to want to give what she felt was a better chance” But we are all aware that not all children get the better life deal with the horror stories we hear. Over the week, in Kaduna, the state government was forced to stop Adoption and Fostering over claims that these children were being sold. One man claimed to have paid about a million naira altogether for his “adopted” children.

We should also consider the effect of adoption on the child. Watching reruns of Long Lost family and The Locator on cable, I remember only just one episode where the daughter was completely comfortable with the adoption. She was in her forties and welcomed her birth mother  with open arms saying “Thank you; thank you”.

Every child who has ever been abandoned feels that he was rejected and unwanted by his parents. In the orphanage, every time he gets passed over, and another child gets adopted, the loss is re-lived all over again and again.

Adoption and abortion both involve harrowing guilt and a huge loss of self-esteem and self-appreciation.  On adoption, one mother stated “I have never forgotten for one minute that I have a son “out there”… I basically did not go on with my life in some respects. Something in me simply stopped and never started again”.

A woman describing her abortion said, “I feel guilty about wanting children in the future because I had an abortion”.

This piece is not meant to discourage pregnant females from considering having their babies and putting them up for adoption. I am of the opinion that the decision to adopt or abort should be a purely personal one and not one made on her behalf by the state. My concern is that we do not paint the option of adoption with such flowery concepts, we deny the pain and agony that such parent will go through throughout their lifetime because of this singular decision. It is a huge sacrifice, one that we should honor with truth.

Government needs to take a stand. You cannot criminalize abortion and lose aching numbers in demographic dividend. 16,000 represents lives and aspirations that the country would never benefit from again.

If, however, the government chooses to maintain its laws on abortion as is, it needs to partner with the private sector to open homes where pregnant girls/women can be properly counseled in confidentiality, if they choose to give children up for adoption and to also possibly link these babies with families.

Of course this would require a review of the Adoption Law, a process I would gladly be part of. Thankfully, laws were made for man and not man for the law; as it (the law) seeks to accommodate changes in human law and society.

None is an easier choice and should not even be compared in the first place. But I would love to live in a Nigeria where either choice can be freely made with a supportive post care sector for both adoption and abortion, which will greatly assist the emotional and psychological process.

Rather than we all pretending that nothing happened.

Ireti Bakare-Yusuf: It Is Time For Nigerian Women to Stand up Against Sexual Predators