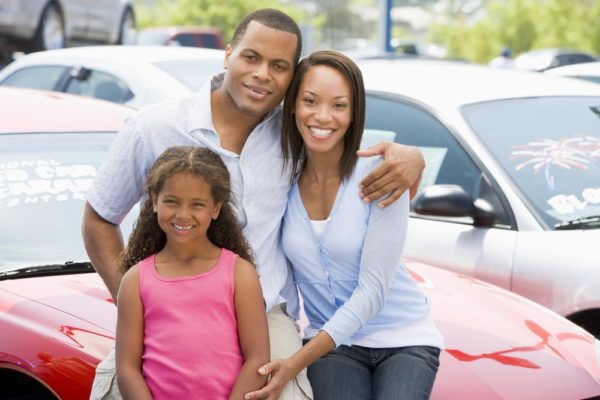 One major problem I can say has affected Nigerian teens and youth is the plague of low self-esteem that sticks tirelessly to the hems of our garments and moves with us everywhere we go like overzealous shadows.

I daresay that most Nigerian youths have at a point in time suffered from low self-esteem, and most of the time, the problem of low self-esteem and inferiority complex sprouts from our parents.

Our parents tried to inculcate perfection into us, either directly or indirectly. It is reflected in the way an average parent loves to compare their children to other children. It is reflected in our day to day activities. It is in the way mama rolls her eyes when she takes you to her friend’s house and believes that you played too much there. By the time you get home, she will pull your ears as torrent of words stream out of her mouth. Aside from reproaching you, she will go ahead to talk about how Iya Lagbaja’s daughter was so gentle and mature; “she just sat cross-legged and when she spoke, her words were so wise for her age, it is obvious she was well brought up, but you? When you sat, you opened your legs wide like a woman about to be delivered of her baby, you were also jumping about like an overfed puppy. You couldn’t contribute to the discussion and when you spoke, you talked like a dunce.”

Someone once mentioned to me how she wasn’t really brilliant as a child, unlike her younger sister whose whole head was made of books. So whenever she did something wrong in the house, her mother would refer to her studies, and then compare her to her sister. She said her mum would tell her that “your sister is smarter than you; it is obvious that your sister would make it in life while you wouldn’t”. She didn’t only grow up determined to ‘prove’ to her mother that she could also make it in life; she also grew up harboring this antipathy for her mother and sister.

On a recent trip,  I noticed that the little girl beside me sat in a taut way; whenever she wanted to make a major move, she’d look at her mother. At a point, the mother opened her palms wide and spread out her five fingers – it was just a gesture, but I saw fear boldly written in the girl’s face. I told the mother that if she continued like that, she would damage the relationship she’s meant to have with her daughter, as well as the little girl’s confidence, making her grow up to be mousy.

She then told me the story of how she came back from the hospital where she had a stomach operation. The doctor had instructed her not to shout or raise her voice in any way. The next day, she heard her two older children discussing in hushed voices “let us make mummy angry, so that she will shout and her stomach will burst”.

Most parents have unconsciously dented the self-esteem of their children and they don’t even know this. They tell you to shut up when you talk, and then expect you to grow up bold. They teach you how to cringe in their presence, yet expecting you to grow up with valor.

I remember when my sisters and I were much younger, some girls who were in the same age range with my sister joined our church and at first, they were really gentle. When scolding my older sister, my dad would go on and on about how the girls were ‘well comported’ and ‘so mature’, he mentioned how they will just sit at a spot in church and how they didn’t play about (as if my sister was always hopping about in church). He sang this song for a long time, until one of them got pregnant and couldn’t even tell who got her pregnant.

How can I forget Nigerian parents and report cards? Haaa! I remember coming second in my junior secondary school and I was so proud of myself. On getting home, an aunt of mine looked at my percentage and said “your percentage is even low, and you came second, that means all the students in your class are dullards”, my euphoria vanished.

An average Nigerian parent would also ask if the person that came first in the class ‘has two heads’. They have forgotten that encouraging a child propels the child to do more and put in more effort. When you scold a child to a certain level, such child begins to get timid and unsure. For a really long time, my friends kept telling me of how I thought and spoke intelligently, yet I felt like the dullest person on earth.

What some parents do is that they nag and nag, complain about everything you do, make you feel like you can do nothing right, scatter your self-esteem – and then you are saddled with the responsibility of building it from scratch when you grow.

Let me tell you the effect of all these; it is that an average Nigerian child grows up wanting to be perfect for their parents. They do not do things because it seems right for them, but because it is what their parents would have loved them to do. It makes you live in the world of your parents. You begin to feel you aren’t good enough to fit into this shoe your parents are coercing you to wear and then self-condemnation sets in.

Most Nigerian parents have made mistakes in the past that they aren’t proud of, and because they do not want their children to make the same mistakes, they’ll want to mould you – and they do it the wrong way. Most youths are scared of making mistakes and they beat themselves up or get depressed when they do. That’s because growing up, you dare not make a mistake – you’ll be in hot soup. Most parents have forgotten to teach their children that mistakes are ‘good’, because that is part of the ladder we climb to gain knowledge.

There is no perfect child. Every child will make mistakes no doubt, and every parent should scold a child – but you can do so without using derogatory words or comparing your child with another child. We are all unique in the little things we do.

You do not need to make your children feel they are less than they are. You do not need to instill fear in your children; it is this fear that makes our young girls get raped and then keep it to themselves, because they are scared mama might blame or slap them if they tell. This fear creates a detachment in the emotional bond of parents and children. So many children and youths suffer from depression and their parents do not even know.

Teenagers and youths are going through a lot, parents should have a heart to heart talk with their children, make them realise they can at any point pour out their heart and thoughts to you.

There should also be a family review once in a while. Ask your children if you have been a good parent so far and please don’t use their reply against them – most parents are guilty of this. Nigerian parents will be like ‘you said I insult you too much, ehen, why won’t I insult you when you are doing this and that’.

I hope it isn’t too late to wish you and yours a happy new year. The year is still new shey? So Happy New Year!