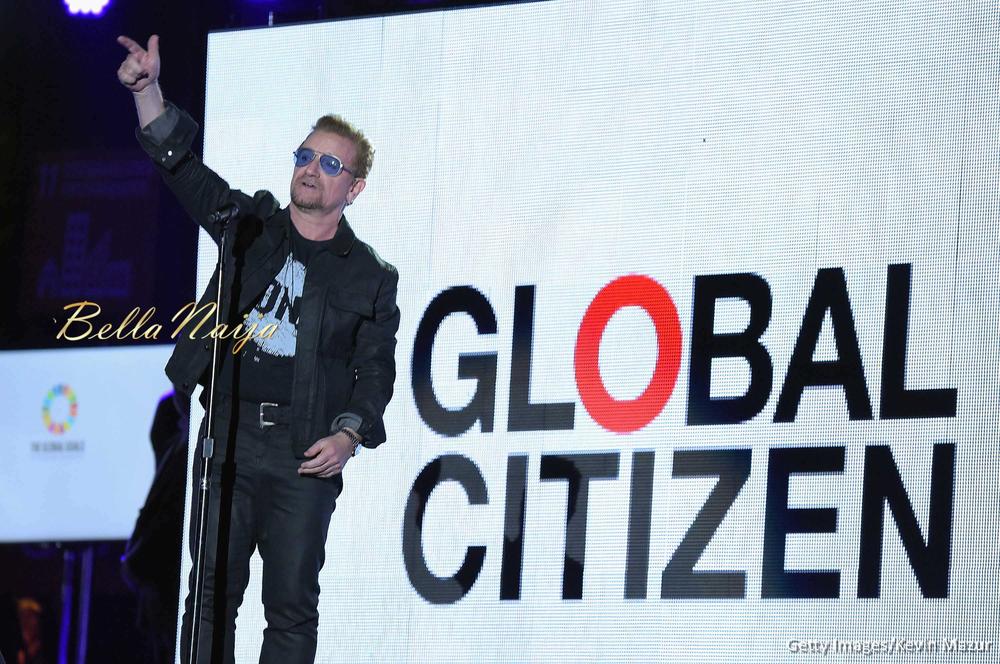 In recent years, discussions on gender equality have been gaining ground and truly, it’s been a long time coming. The goal however, has always been not just having these discussions, but also using the recommendations to drive the necessary change in the society.

Now, no matter how controversial the subject seems, we cannot excuse the fact that this is a challenge that must be tackled by everyone. For the longest time, issues around gender equality have been tackled by majorly women, and women led organisations and lead singer of rock band U2/ONE co-founder Bono is calling on men to join the fight.

In this piece for TIME Magazine’s January issue, Bono talked about “the trouble” he got into when he was “the lone man honored as part of Glamour’s Women of the Year awards.” (He was honoured as the inaugural Glamour Man of the Year).

Bono said he was aware and glad that he was being “offered up as a firestarter for a debate the magazine rightly wanted to have about the role of men in the fight for gender equality.”

He said: “It seemed obvious to me that the sex who created the problem might have some responsibility for undoing it. Men can’t step back and leave it to women alone to clean up the mess we’ve made and are still making. Misogyny, violence and poverty are problems we can’t solve at half-strength, which is the way we’ve been operating for a few millennia now.”

Bono wrote about how he’s being home-schooled by his wife Ali and two daughters Eve and Jordan, that “there is nowhere on earth where women have the same opportunity as men.”

Reacting to the statistics which says about 130 million girls around the world are out of school, Bono said, “Denying girls what an education offers–a fair shot, a path out of poverty–means that women can work the land but can’t own it; they can earn the money but can’t bank it. This is why poverty is sexist….”

“There isn’t just room for righteous anger at the injustice of all this, there is a need for it and for outrage at the violence–physical, emotional and legal–that perpetuates it,” Bono said, adding that “there is also, in the facts, room for hope. Because the research is clear–it’s plain on the page and has been proved on the ground–that funding girls’ education isn’t charity but investment, and the returns are transformational.”

An additional year of schooling will shoot up girls’ wages by 12%, Bono said, adding that “closing the gender gap in education could generate $112 billion to $152 billion a year for the economies of developing countries.”

“There are 130 million girls counting on women and men to get our collective act together, push for better policies and pressure politicians to do more and fund more of what works,” the singer added.

Bono also shared his key lesson in his home-schooling, something his wife has been telling him since they were teenagers: “don’t look down on me, but don’t look up to me, either. Look across to me. I’m here.”

Men and women must start looking across to each other, then start moving, together in the same direction, Bono said, concluding, “Making education a priority is a way of making equality a priority, and even men with limited vision should see that’s the only way forward.”

JAY-Z’s “Family Feud” Music Video is everything you expect it to be with Beyonce, David Oyelowo & many MORE Stars | Watch