BN Hot Topic: Is it or is it not Rape?

Peeshaun, one half of music group Skuki, shared a story on his Instagram of a man and his sexual encounter with a woman who is accusing him of rape.

They had met during their National Youth Service Corps year, and, according to the guy, everyone in his office had a crush on her.

He didn’t start hitting on her until after the end of the service year, he wrote, and although they had “lots of sexual talks,” she made it clear nothing was going to happen between them.

They decided to go on a date in January 27, and because he stays alone in Ajah, they visited the mall in Sangotedo.

They returned to his house after the date, after dark, and they proceeded to make out, then have sex.

After the girl reached orgasm she withdrew consent.

As soon as she finished coming she started hitting my chest that I should get off her. I told her to chill that I’m about to come too, she started hitting and saying no, she didn’t want anymore. It was as if she just realised we were actually having sex.

He didn’t get up. Instead, he held her hands down and continued until he too reached orgasm.

Peeshaun asked his followers if they thought it was rape or not, and the people are divided.

People saying it is rape say she withdrew consent and he went on, even held her down.

People saying it isn’t rape say she should never have consented in the first place. They made out, had oral sex, and still she did not withdraw consent. Why did she wait until after she had reached orgasm before she withdrew consent? She is selfish.

But isn’t such thought hinged on the belief that sex by definition must end only after the parties involved have reached orgasm? Because we know that is false – several times, a man rolls off after he is done, asks the woman, “Did you come?” Another thing: Are we saying consent can only be withdrawn before sex begins?

Also, what exactly is the definition of rape?

See the full story below, and let us know if you think it is rape or not. 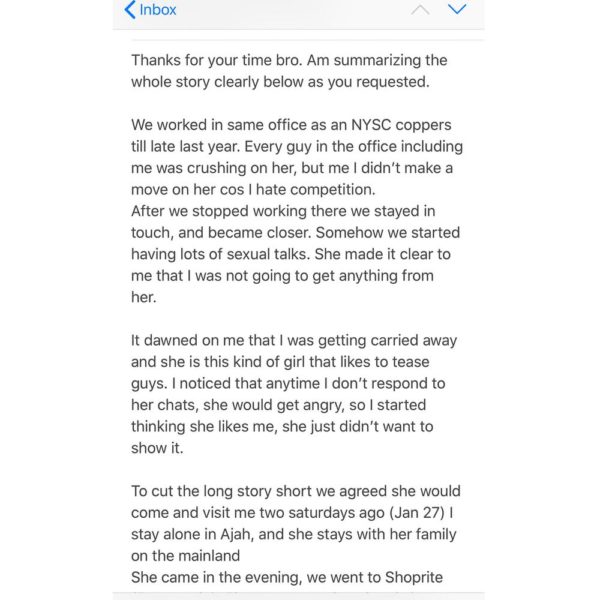 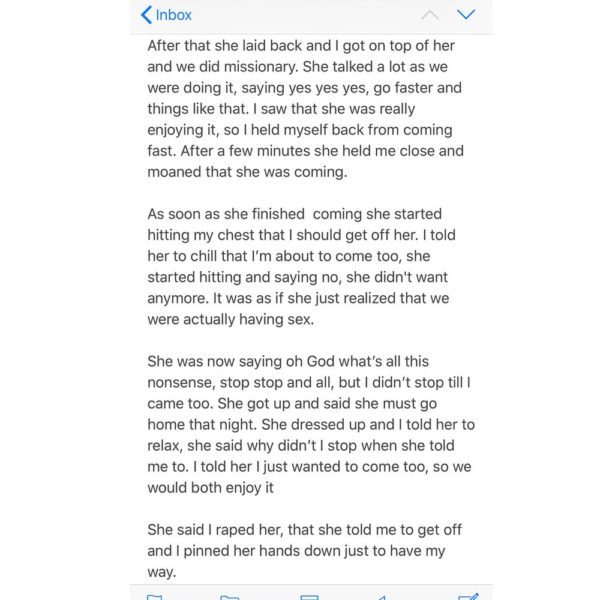 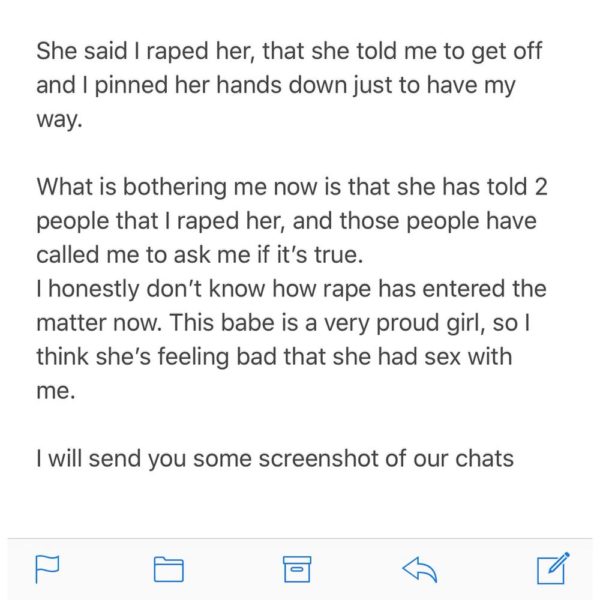 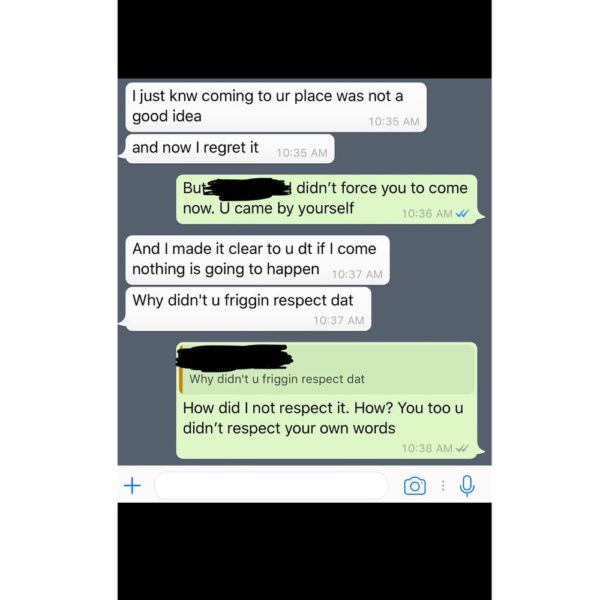 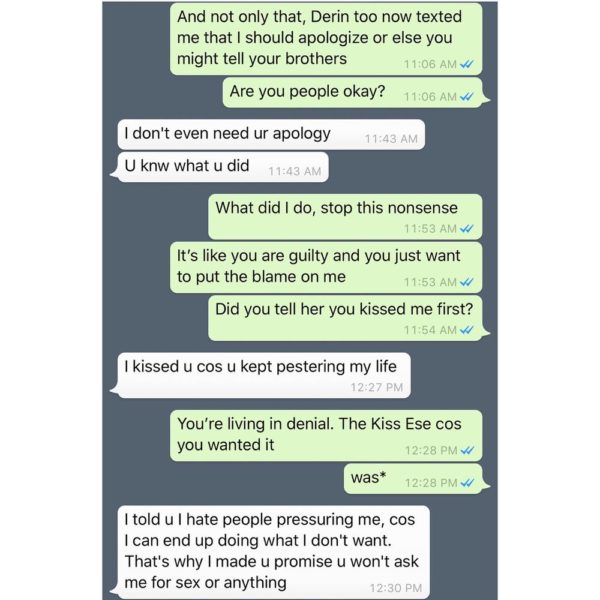 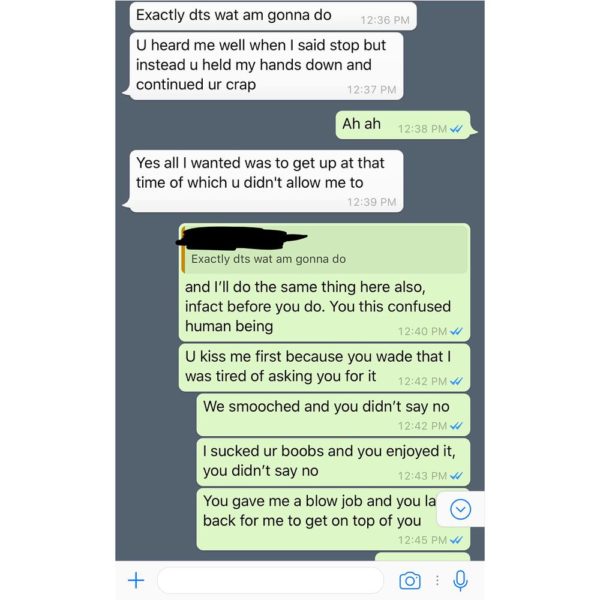 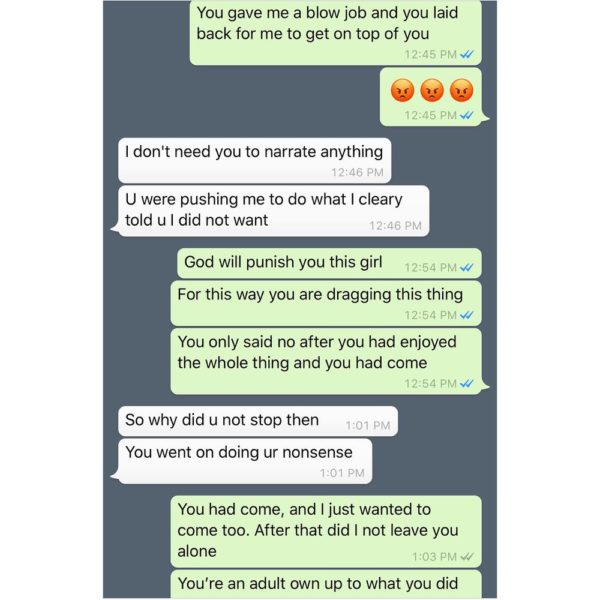