Love without Boundaries with Bukola Ayinde: Finding a School for Nimmy 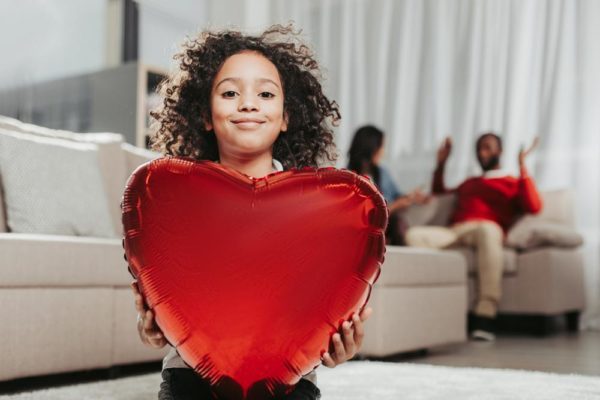 One of the joys of motherhood is to see your children go to school. It is such a pleasant sight to see them in their cute little dresses or shirt and shorts, wearing socks and tiny shoes, carrying little backpacks and lunch boxes. Some women start ‘shopping’ for a school for their children even before they start having children. Let’s just say I wasn’t too different from this kind of women.

When I was pregnant with my daughter Nimmy, I enquired from friends who had children attending pre schools about the best schools around my community. I was given several names of schools and I limited my choice to one. When I eventually gave birth to her, whenever I drove past the school I had chosen, I would look at Nimmy in her car seat and say, ‘Hey Nimmy! Take a look at your school.’ Even though she didn’t understand what I was saying, I still said it confidently with a wide smile.

When my daughter was born and diagnosed with cerebral palsy, I threw the dream of her going to that particular school into the dustbin. I had been told her case was severe; she may never be able to do most things like other children. I was told she may not be able to read and write, sit or stand.

I began to ask around for what to do about my daughter’s condition and I was directed to a school for special needs children. In May 2014, at seventeen months, Nimmy attended a special needs school in Lagos, Nigeria. The proprietress was kind enough to give me a concession. I was allowed to stay with her in school. That meant Nimmy would not be put in the same classroom with other kids. A room was allocated to us. Nimmy’s younger sister was just a baby, so I used to bring her along with her nanny and we would all stay in that room.

The therapist and teachers would attend to her in the room and when it was time for water therapy (swimming), I would take her outside to join the other kids. We did this for six weeks.

In July of that same year, my husband and I took our daughter to the Peto Institute in Hungary, Europe. It is a school for children with cerebral palsy. Being in this school with my daughter made me realise that children, no matter their status or medical condition should be treated with dignity. It was a beautiful school with great facilitators. The entire facility was adapted to meet the children’s needs. The chairs and tables were suited for them. There were long horizontal bars by the sides of the wall that the children could hold on to. This would enable the ones that could walk with support move along the corridor of the school on their own.

The restrooms were also adapted for their use. Instead of a handle for flushing the toilet, there was a rope to pull which was hanging down from the top of the restroom wall. It was easily accessible to any child who had shaky movements or unstable grip which is common with people living with cerebral palsy.

My husband and I attended the summer session and could only stay for a month.

My husband and I employed a speech therapist, an occupational therapist, a physiotherapist and a professional caregiver. These four professionals attended to Nimmy at home. One of the therapists told us about the benefits of inclusive education. In inclusive education, both children with disabilities and those without disabilities participate and learn together in the same classroom. The therapist said this type of education will improve my daughter’s social skills. On further research, I also discovered that when children with disabilities learn together with other children who are developing normally, the former tend to imitate the latter’s actions such as crawling, standing or walking. Children who are developing normally also gain because they learn to be more accommodating and show empathy to other children.

She suggested that we find a regular school that Nimmy could attend. This woman promised to give us a caregiver that would stay with Nimmy at school.

I bought into the idea and began to search for a school. Getting a school for my daughter wasn’t as easy as I thought. I didn’t want her to stay far away from home but at the same time, I wanted a good school that could meet her needs. The proprietor of the first school I went to said there was no space to meet her needs. I made a list of the schools she could attend and discussed the options with her therapist. The therapist works with children in various schools around Lagos. One after the other, we had to tick off many schools from the list.

The thought of subjecting myself to a series of rejection did not sit well with me. I spoke with the mother of a special needs child and she recommended her daughter’s school. I visited the school and met the proprietress who was very welcoming. She gave me a date to bring my daughter and her caregiver for an interview. I was nervous, praying they wouldn’t reject my daughter too. My husband came along with us for the interview. At the end of the interview, Nimmy was given admission to the school.

My experience in getting Nimmy a school wasn’t that bad but when I listened to other parents recount not-so-pleasant experiences, I realised the following truths about my country, Nigeria:

In the next few weeks, I would be discussing the challenges of Inclusive Education in Nigeria and offering practical solutions.

#LiterallyWhatsHot: Use and Abuse, Love and Betrayal – A Review of Peter Nnajiofor’s “Felicia”.