Chude Jideonwo: Let us call Failure by its Proper Name 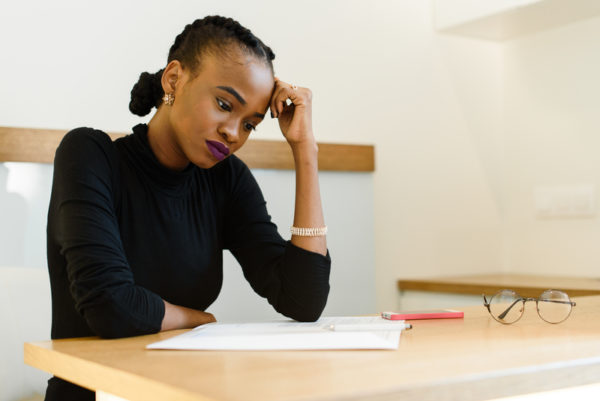 It isn’t worrying because it is strange (businesses – including multi-billion-dollar investments have been failing since the origins of African business; the only difference now is that our generation is coming of age and hearing/sharing our own stories), it is worrying because of the nature of the things we are hearing.

People are sharing stories of failures, and, ab initio, that should be a good thing. But is it?

If you pay close attention to two of the recent mainstream narratives about business failure – something may have struck you: people aren’t really confessing failure, they are spinning failure. They are telling you that failure was success, that they did these great and powerful things that separates them from mere mortals. That their instincts were right in the first place, and everybody else wrong. That they made the right decisions all through – it’s just that Nigeria, or their enemies, or their investors, or their competitions, or their staff made them fail.

Thus, they posit to tell a story of failure, but actually they are trying to tell you that they succeeded.

This would be fine if it didn’t have consequences. Unfortunately, it does.

When we do this, when we pretend that we succeeded rather than failed, when we spin a yarn, when we under-state our role in the process, then we send the wrong signal to the young people who are failing at the moment, who may fail in the future – and will handle it poorly, continuing a vicious cycle of deception, half truth and manipulation.

We don’t give them the skills and the resilience to handle their failure when it comes, to embrace it, and learn its lessons, and use it as a tool to build character. They begin to wonder – “if Mr. A failed but it was actually a success, why is my own failure just a basic failure? There must be something very wrong with me”.

But nothing is wrong with them. They failed, just like everyone else fails.

Of course, talking about a personal failure is not an easy thing. It is incredibly shattering to the ego to admit that you were wrong, to admit that your critics were right, to acknowledge that you didn’t know what you were doing while you pretended that you did is beyond humbling, to confess that you had been lying and leading people along all the while. It leads one to question self, to reassess the world, to feel a sense of insecurity about place, reputation and future.

But no one forces anyone to tell their stories of failure. No one gives anyone a timeline to share their story. Therefore if you choose to share a story, and especially if you claim that the story is meant to inspire other young people – then speak that truth clearly, wholly, fully.

People fail. That’s the course of the world. That’s how we were made. That’s the beauty of existence – its many uncertainties, and probabilities, and curves. We should just pretending we are super men or super women or lions or bulls when we are just ordinary people like everyone else finding our way in the world, and losing our way sometimes.

We must normalize failure. And when a person fails, there is dignity to it that can be ennobling and can lead that person to truly rise again.

We should stop spinning failure. We spin it when we pretend what that we did things right, when we didn’t. We should stop selling a false picture to the many young people who look up to those who have gone before them for guidance, clarity and models.

If we want to inspire young people, or people generally, if we claim, or posture like that is what we are doing – then we can only inspire them by telling them the truth, or saying nothing until we are ready to tell them the truth.

When you share the truth, then share the lessons. Don’t just soothe ego, reach deep into yourself and find your truth. Actually, if you don’t have clear lessons to share from the experience, then what is the purpose of sharing the story with the world?

If the truth is too hard, and to painful to share, then an inspired silence can always be a thing of grace and dignity. In that space, we can come to peace with our failures – treating ourselves with kindness and compassion, taking the time to heal through vulnerability.

A false story is worse than no story at all.

To receive my daily newsletter, The Daily Vulnerable everyday, please sign up on thedailyvulnerable.com now. Let’s talk about the things that truly matter.