Daddy's Little Girl! 5 Things Every Father Should Teach His Daughter 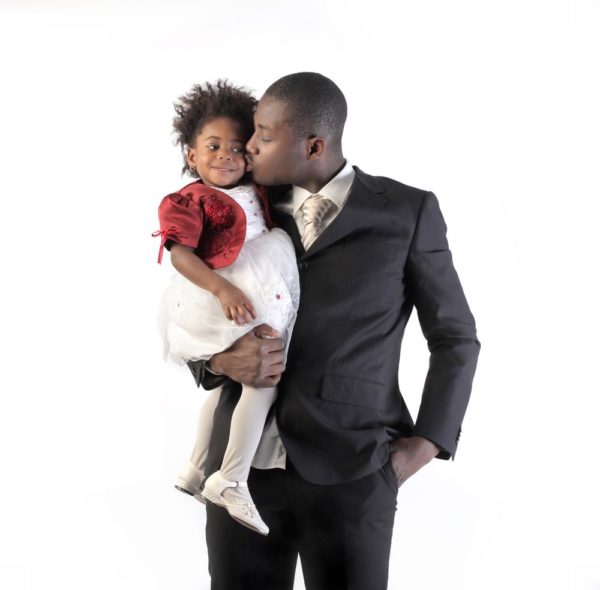 The first man in any girl’s life usually is her father; as such, he ideally sets the standard for how she eventually perceives herself and her relationship with men, in general. He is the male role model, that not only guides her through important life challenges, but also gives a sense of safety and stability that leads her through most of her life.

Bearing in mind this unique role the father plays in his daughter’s life, there are certain things that are specifically binding on him to say to, and do for, his daughter. There are inimitable lessons to diligently teach her, so that she learns about her value and worth.

We’ve listed some below:

You are beautiful, inside and out
Every girl battles with insecurities at some point in their life. From Disney to Africa Magic, Cosmopolitan and Vogue Magazine, the media objectifies women more than ever before, and dads are the greatest force against the barrage of body messages that are thrown at their daughters. Let her know that she is utterly beautiful just the way she is: fat or slim, tall or short, butch or femme, lighted-skinned or dark-skinned.

It is not as easy as saying something like: “you are always beautiful to me” or “in my eyes”. It should be a strong message. A direct assertion of an incontestable fact that even if the world tells her she is not beautiful, the world is wrong.

She always needs to hear from her daddy that she is beautiful and not only beautiful on the outside, but also on the inside, where true beauty finds its source.

Let her also know that she is not only beautiful inside and out, she is also smart. This means that you do not only compliment her physical beauty, but her mind, her kindness, and her character as well.  Teaching her that she is beautiful – inside and out, impresses upon our her that her immeasurable value rests in who she is, not in what she does, what she wears, what car she drives, where she lives or how she looks. It will mould her confidence and make her successful in all life spheres.

Seek out healthy relationships
One of the best things a father could ever do for his daughter is to love her mother and the women in their lives. In doing that, he models to her a good, respectful and loving relationship. This usually has an important effect on the daughter, as she grows up expecting such from her relationships. Show her how men should treat women by your example. Let her see that while her mother has good traits you adore, she also has bad trait you loathe…but you accept her and do not require her to change. This teaches the girl to always be herself and not change like a chameleon, to please whichever man she ends up in a relationship with.

Also, talk to her mother like an equal, not an inferior, and she will someday expect the same from the men in her life. In addition to modelling with her mother, teach her to clearly communicate with you because that is how she’s going to learn to communicate with all the men in her life. Let her know that while it can be very difficult to overcome the fear and get the freedom to say what one really feels and thinks, it is okay for her to always ask questions and speak her mind. But in doing so, she also should avoid hurting, disappointing and angering others unnecessarily. Teach her to say “no” to people and to stand up for what she deems right (even when it’s not convenient or popular). Teach her to treat others with kindness, seeking to add value to others rather than to take it away.

You do not need a man to survive
This lesson is going to be one of the most important. It is difficult for parents not to pick up their children every time they fall. In a bid to protect their daughters, and make life easier for them, most fathers end up doing a disservice by teaching them to need a man to do certain things.

Yes, you should help her and always assist her when her strength fails; also, you should provide for her. Do not act like an cash machine every time she has problems, or insist on relieving her of every task that involves manual labour, or that is considered a “man’s job”.

Teach her to do certain things that require physical labour for herself, also become financially independent and self-reliant. She doesn’t need a man’s physical strength or money for anything. She should understand that money management is key to independence, and it is not impossible for her to achieve it.

Somehow, fathers develop up the habit of talking to their daughter as though she is weak and even more, they refuse to show her their own sensitive side, leaving the impression with the impression that she is the “weaker vessel” and she is somehow inferior to him as a man. Fathers need to be conscious of this grave mistake. Show her your sensitive side, that way she’ll see that if she’s sensitive, too, it doesn’t make her weak.

Perfection is a myth
Culture and the society exerts certain pressures on the female child: You must be homely and well-mannered but also sexy;  you should be married before 30; you must be a hands-on wife, but also a tiger in the bedroom; you must have a good job and support your husband; you must bear children for your husband but also look like Beyoncé afterwards; your children must be godly and respectful…the list is long. No wonder women are feeling more overwhelmed than ever before! They try to meet this standard of perfection as they grow up believing that it is expected of them.  They beat up themselves and even fall into depression when they fail to meet these standards that require them to have the perfect body, perfect career , perfect family, e.t.c

Fathers, from the cradle, should talk with their daughters outright about the pressure on women and men to be perfect in order to be loved, and let them understand that they need not conform to that. A father should share stories about his imperfections and mistakes. He should talk about the times  he has embarrassed himself, which of his characteristics he least likes, things he wishes he had done differently, but was too ‘imperfect’ to get right the first time…especially his imperfections when he was her age. Certainly, he should encourage her to be her best, but at the same time make it clear that they (as well as anyone who truly loves and values them) will be there for them no matter what they do or what turn their life takes.

There is no limit to what you can do
The freedom to be whatever they want to be, is something most girls do not ever believe they can have. They are conditioned to see limitations, so they stifle their dreams to accommodate some of these limitations. I am a woman, there is no point trying to be a president in Nigeria; I am a girl, I have pursue a dream that will accommodate a future husband and family.

Yes, maybe you did tell her that she could be anything from when she was a child, but what efforts did you make to show her? Teach your child that the sky really is her limit from and early age and continuously show her facts to prove it. Introduce her to women who have pushed boundaries, conquered cities and fields, and left a mark. Introduce her to unconventional ideas and expand her mind. Sit her down and get her to watch world news with you so she can see successful women who look like her; take her on trips, buy her books to read, enrol her in mentorship programmes.

Do not just tell her she can be whatever she wants to be, but she her that she can, that way she can actually put her mind to it. And no matter how big or even far-fetched her dreams and visions may seem, support her and let her know it is achievable. Programme her mind not to recognize limitations or be fazed by it.

What other lessons do you think every dad should teach his daughter? Share your ideas!

Related Topics:FatherhoodInternational Women's Day 2018Nigerian FathersParenthoodRaising a Daughter
Up Next

#IWD2018♀ + #WB4G! Find Out How Temie Giwa-Tubosun Is Using Innovative Tech to Meet the Critical Needs of Dying Nigerians