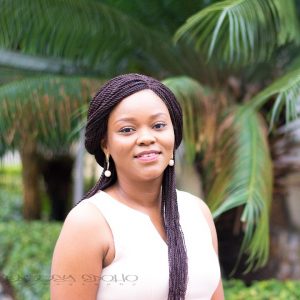 Many times they slip up on you ‘seemingly’ in ghost mode, become quite established in your life, then become nearly impossible to kick out or change.

If you read my last article and participated in the action challenge, then you should be a little more aware of your habits and have probably decided those ones you need to change or simply kick out of your life – the bad and the ugly.

The process of deliberately forming or breaking a habit takes time, and it takes work. But thankfully habits thrive on only one thing – REPETITION.

Repetition – whether conscious or sub-conscious – is how habits are formed and it is exactly how they are broken. I’m sure enough you agree, so I won’t bore you with the science behind this.

You never heard of Instagram before and one day a dear friend introduces you to it, they then get you to download and create a profile. Voila! You are now officially happening! You spend so much time on Instagram that day wondering how you could have been missing on all this comedy and inspiration. You eventually go to sleep. The moment your eyes flip open you remember a skit you saw yesterday and decided to watch it again just for laughs. You repeat this pattern again the next day. Guess what, this is your warning sign that you are about to form a new habit. You only need to repeat this same pattern of behavior for a couple more days and it becomes automatic, continue in it and it becomes nearly impossible to break.

Breaking Bad Habits
Sigh! You’ve done it again and you feel so bad now. You promised yourself you won’t give your mornings to Instagram again. You wake up early solely to pray, but here you are one hour later, finally closing that Instagram App, and you will now have to rush through preparing for work, otherwise you might just miss the staff bus. Tough luck….you quietly think!

Is there really a way out?

If you have a bad habit you’ll like to break, like wasting time on social media, or spending mindlessly, or eating junk, you would have to attack it deliberately. And the strategy is to start small, but stay consistent.

For example, in the scenario above deleting Instagram and going cold turkey may not be the best approach, as once this pattern is so ingrained, it is nearly guaranteed that you will come back within a few days. Rather, restricting social media use to certain times of the day, and replacing the early morning action with reading a devotional is more sustainable.

But, there is a catch! You have to repeat the new habit and/ or sustain the new pattern every day for as long as it would take for it to become your new default. Consistent repetition is the key.

Forming Good Habits
Making a conscious effort to form good habits, not necessarily as a replacement for bad ones is definitely how champions are made.

But, errrm…it’s not any easier than breaking bad ones. The same logic of repetition until ingrained must be followed. Also, don’t forget to start small, so you’re not pushed to abandon it by sheer overwhelm.

Now, although I have said consistent repetition is the key, this is not a reason to give up if you happen to slip up or forget. In fact this is expected at first, but you must continue in it until you master the new pattern. The only catch is, the more slip ups you allow, the longer it will take, so do your best to minimise the slip ups.

Action Challenge: Over the next 3 – 4 weeks, establish a new pattern of behavior that helps you break a bad habit, or form a good one.  For example – 15 minutes of prayer or meditation immediately after waking up, taking a walk when bored rather than turning to social media. This list can truly be endless, so pick something that resonates with you, and not more than one or two.  Remember to repeat painstakingly like your life and success depends on it. Because, well….it sure does!

There you have it. Let’s go break some bad habits, and form some good ones!

Take charge of your life. Yes, you can.

Awala-Ale Mofe: ‘You Have Put On Weight’ is Not a Form of Greeting

Adenike Jemiyo is a Project Manager and Life Hacker amongst other things. She is passionate about translating knowledge to practice for a life of success and happiness. Her mission is to inspire and empower individuals to take charge of their lives. Get a free download of her Goal Smashing Guide at www.adenikejemiyo.com and connect with her on Instagram and Twitter: @adenikejemiyo