Your Better Self with Akanna: The Groomsmen 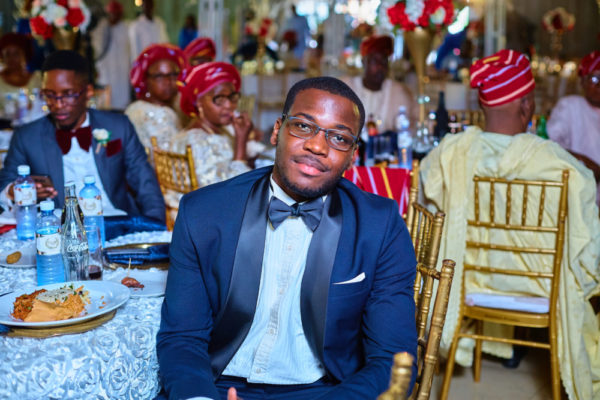 I was recently asked by a good friend of mine, who was getting married, to be his best man.  I didn’t turn down the opportunity for two reasons: one was that he is indeed a very good friend of mine and I felt honored to be asked, and secondly because good things come out of being best man.  The last time I was best man was at another good friend’s wedding in Florida and that was where I met my girlfriend, who was the chief bridesmaid.

So I honored his request and traveled all the way from the North Pole that is Canada, with its snowfall that saw me off all the way to the airport.  I stopped over in the States, picked up my girlfriend and we headed for the sticky warmth that is Lagos.  She was going to see Africa for the first time and through what better lens than a proper Nigerian wedding?

One thing that struck me about them was that they were all so different from one another, and from the groom himself.  We had the super-wild one who made sure the groom had a ‘wild’ eve of his wedding; a creative graphic designer who was eccentric enough to be punctual to all events – there was no Nigerian timing with him; a married, cool-headed one who had just inherited his dad’s company and so was not on our level; and two quiet ones who showed their true colours only at the ‘right’ times.

I actually had to ask my friend, at some point, why he chose them to be his groomsmen and not some other guys who I thought he was closer to – our mutual friends.  And his response was my first lesson of the trip.  It reminded me of the advice my secondary school Physics teacher had given me back in the day.  He advised me to “keep these friends you have now close to you forever, because they are the ones who are friends with you solely for who you are and not for what you have or have become.  They are your true friends and any other friends you acquire later in life will only be friends because of what you have achieved or become.”

This was what my friend was playing out right before my eyes.  “My day one people!” he called us.  Among us, we had a guy whose family had taken the groom’s family in when their house got burnt.  We also had his seat partner from secondary school, who had gone through all those ‘weird’ phases of life with him.  We had people from his first serious job, who stayed back with him all night in the office encouraging and supporting him in getting his best work done, which would take him to greater heights.  And we had me.  We both had formed a deep friendship over the years based not only on fair weather but on the stormy areas of our lives as well. 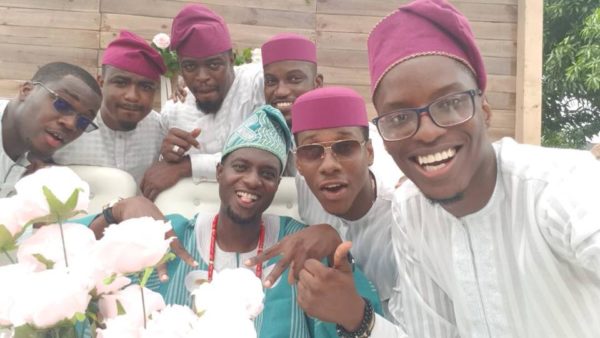 The second lesson I learnt from this is the need to surround yourself with different personalities.  Staff your weaknesses!  These guys were all different from the groom and from one another that they got different things concerning the wedding done.

I remember going round and thanking all the groomsmen toward the end of the wedding reception, because I felt I didn’t do much as compared to what they did.  I certainly did not chat a lot on Whatsapp and I didn’t have it in me to organize a bachelor party.  But the response I got buttressed the point of the lesson learnt.  One of them said to me “it’s not about you doing much; it’s about you doing your part. And you did your part” That was from the married one. You see why I say he wasn’t on our level? So wise!

When people come together to achieve a common goal like planning the activities surrounding a wedding or setting up a company, it is important that everyone has a task that fits their personality, talent, experience and expertise.  Everybody’s job is nobody’s job.  Specialization is very important in getting the whole job done.

Values may even seem different, which I felt it slightly did in this case, but the third lesson learnt was one of personal growth and development.  One of the marks of a personally grown, well-adjusted individual is their ability to get along with all manner of people with different values, personalities and backgrounds while still holding on to their own values and beliefs and not being easily swayed.

And that’s exactly what my good friend exhibited that week.  He still maintained his level head in the midst of craziness, and his craziness in the midst of level headedness.  He was true to himself at all times.  He knew he didn’t have to ‘fit in’ because he was the one who assembled the group, his closest buddies, in the first place.

That’s how we should run our lives in terms of our relationships with others.  First off, intentionally choose those closest to you to surround yourself with; make sure they’re all not like you so that they can help you to achieve things you can’t achieve alone or with your clone;  and then be yourself.  There’s no need to fit-in in this case; it is actually very befitting to stand out since it was you who chose them and not the other way round.

Their values may not have aligned perfectly with his, but there surely was one person whose values did.  And that person wasn’t a groomsman or the best man.  It was his wife.  And that was why he had chosen her to become his closest friend, confidant and partner for life.  She certainly wasn’t his “day one” person, but she is the one who fits perfectly into his world.

So, while we keep our true ‘day one’ friends close, we also have to keep in mind that those with whom our values closely align should be kept closer to us, as they would easily run together with us and do life with us; until death itself drives us apart.

Back in the North Pole now, where I pride myself in doing my best thinking and reflecting, I am grateful for the good that has come out of my third best-man gig – a crash course on personal development in nowhere else than the urban jungle that is Lagos, Nigeria.