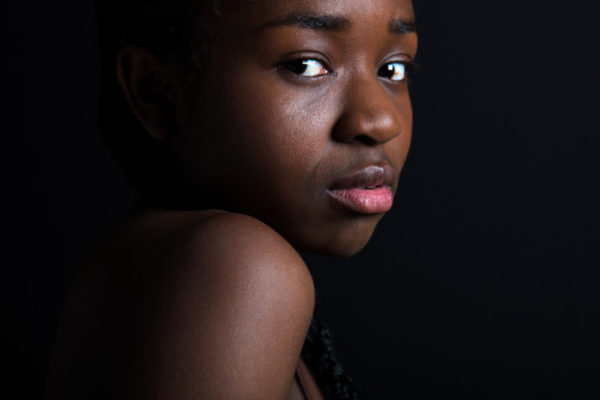 Nobody wants to be poor. No one has a fascination with poverty. There is nothing idyllic or romantic about being poor. I could describe what poverty feels like in many words and still come up short to a lot of people. It really is undefinable. I once heard someone describe poverty as lack of options.

It feels like hunger. Not just the need to eat for satiety, but a strong craving for a particular delicacy that remains forever out of reach.

Poverty also comes in different shades and varies in intensity; and in a country like Nigeria where the boundaries between the poor and the middle class are blurred, the experience of poverty becomes subjective. One man’s description of poverty becomes the aspiration of another. The middle-class man living in Abule-Egba, suddenly becomes poor in Ikoyi.

People across different economic strata relate to poverty in unique ways. Poor people hate themselves for being poor. Their friends and families hate them for being poor as well. The rich on the other hand, have varying reactions to poverty. Some are gravely afraid of being poor and recoil when confronted with the realities of poverty as though it is a highly contagious infection. Others are empathetic to the poor and reach out in acts of benevolence, while some just can’t relate to poverty.

Perhaps, the most empathetic to the poor are the middle class. They live in a constant reminder that they could easily fall to the other side of the divide by the slightest stroke of misfortune and are often more grateful for the little comforts and privileges enjoyed in life.

So what does poverty smell like? Poverty smells like a mix of desperation and unwashed sweat. It is the desperate cry of the middle-aged woman in the week-long church crusade binding all the forces of poverty from her father’s lineage whilst ignoring the cries of the toddler clutching frantically at her wrapper.

Poverty smells like anxiety and cheap bar soaps. It is the clean threadbare shirt on the back of a warehouse security guard, who sits at the hospital reception staring at his son’s medical bill in his hands. He pulls off the handkerchief placed on the collar of his shirt to prevent the collar from being coated with grime and wipes his face repeatedly even though he isn’t sweating.

Poverty smells like optimism and damp clothes. It’s a false hope that makes a young woman and her two sons unwrap the decorative Christmas gift boxes under the Falomo bridge on a rainy Tuesday evening, with the hope that, just maybe by a random act of benevolence, there is a gift inside. It’s the old woman who walks up to the counter in the neighborhood eatery with an empty bowl in one hand and a worn 50 naira note in another. She looks intently at the
young girl at the counter, hoping to make eye contact and ask for a small wrap of eba with egusi soup with no meat for just 50 naira, but it seems the girl is bent on avoiding her gaze today.

Sometimes poverty smells like determination and flooded gutters. It’s the grim look on the face of a 9- year-old boy walking briskly to school. The untarred road from his house leading to the main road is flooded again from the rains. Without thinking, he stops by the side of the road to take off his rubber sandals and his treasured white socks and slips on his sandals again. He cautiously hops on the large stones placed across the flooded street and makes his way to the drier part of the road.

Poverty smells like a mixture of disbelief, smoke and fish oil. It’s the young fish hawker sitting at her makeshift stand in front of a major supermarket. She stares absent-mindedly at shoppers making their way in and out of the supermarket until a young female shopper catches her eyes. The woman walks in a measured gait ahead of a shop assistant pushing a large trolley to her car. She tips the assistant and throws away a crumpled receipt on the ground. The young fish hawker waits till the car has pulled out of the car park and picks up the receipt of curiosity. The items listed on the receipt are incomprehensible but their prices are clear. Her limited reading skills unmistakably pick out two words. “Ice-cream”. She traces the amount… N5,200. She reads it again wondering if there was a mistake as she mentally calculates the value of the smoked fish on her still full tray and wonders in what lifetime she would be able to spend a whole day’s hawking proceeds on a cup of ice-cream. She shrugs to herself…rich people.

Poverty could smell like frustration and metal coins. It’s the repetitive counting of coins and notes by the African immigrant selling souvenirs at the base of a construction site close to the Eiffel tower. He sits on a cold sidewalk with his goods spread on a dusty blanket and he runs his fingers over the few notes and coins in his hands while looking intently at passing tourists. If only he could get them to buy more souvenirs.

Poverty smells like embarrassment and leftover food. It’s the uninvited guest at the wedding reception. She has mastered the art of slipping into reception venues just before the party starts to wind down and the security guards are less aggressive. She deftly swipes the food she is served into a large bowl in a sack under the table and clears the table of every unopened bottle of drinks and water. She moves to another table hoping to get a second serving. However, her luck runs out this time under the watchful eyes of the caterer. She decides to brave it. She can’t afford to go home empty handed so she walks to the back of the event hall where the cleaners are already clearing leftover food and washing plates. She gently asks one of the plate washers if she could pack some of the leftovers and he points her to his supervisor. She winces inwardly as he mindlessly upturns an untouched plate of jollof rice, chicken and moinmoin into the rising mound of leftover food. The supervisor curtly tells her no and asks her to leave the venue immediately. She is tempted to beg again, but something holds her back. She quietly leaves the party and heads towards another reception venue down the road.

Reading through these individual experiences you could say that these scenarios barely scratch the surface of what poverty truly feels like. However, it is only a gentle reminder that whatever you have, wherever you are, there is someone out there in the world who is praying to have the version of life you are living now.

Money Matters with Nimi: If It Sounds Too Good To Be True, It Probably Is