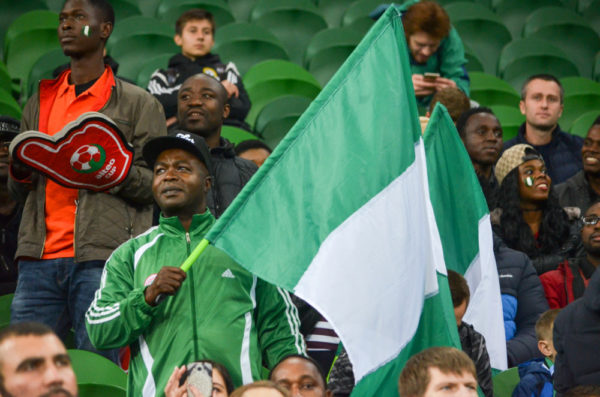 In spite of what the rest of the world might be thinking about the Russians right now, the 2018 FIFA World Cup Tournament got off to a scintillating start in Moscow on Thursday 14th June 2018. Considering that it was a four-year long wait, the buzz and excitement was well worth it.

So far, the competition hasn’t been short on controversies, heartbreaks, upsets, expected and unexpected wins, and the occasional burst of genius as was witnessed when Mexico outplayed and shocked the defending champions, Germany. Another remarkable moment was when mundial debutants, Iceland, stood up to Argentina that has some of the biggest names in the game.

From the perspective of a Nigerian fan, after the euphoria of the first glimpses of our colourful jerseys and tracksuits, and how much it must have set you back financially, (if you didn’t buy a knock-up version of it) reality came knocking hard and fast after our encounter with Croatia on Day 3 of the global fiesta.

If, like me, you also thought owning something from the Nike-designed collection would make an interesting and patriotic addition to your workout wardrobe, then that shocking defeat must have jolted you to the fact that, in football, the only thing that counts is a win!

The harsh reality we all must face is that Nigeria may not be going very far in the competition, because quite honestly, our team is not as good as some of the sides I have seen play. Our players lack a certain never-say-die spirit and urgency countries that have won their matches have demonstrated, in this early stage of the tournament.

I hate to say it, think it or even admit it to myself, but I hope our beautiful on and off pitch kit, now proudly adorning celebrity bodies – domestic and foreign, wouldn’t very soon become a symbol of our perennial state of lack of preparedness for the big moments like this.

I also hope that in the near future, my green, white and black jersey wouldn’t be what I would point to my kids whenever I want to drive home the point about the folly in investing more in the packaging than on the substance of a thing. In this case, the substance being practice, practice and more practice.

Over the weekend at the gym, it was all the regulars would talk about. Yes, they loved the jerseys, but it is still to be proven by football historians and statisticians that the country with the snazziest football outfit took the trophy home.

If the Super Eagles were to progress further, my gym buddies opined with so much passion and knowing, it wouldn’t be because of an abundance of swag, but because the coach took their advice and took out Mikel Obi. They say he has tired legs; he shouldn’t have gone to play in China, and he deceived the president, Muhammadu Buhari, by promising to bring him the World Cup.

How they seem to know what Gernot Rohr should be doing to win every single game in Group D at least is still a mystery to me. One thing for sure, though, is that if he were to listen to all the voices in Nigeria telling him what to do or what not do, then he’d be even more confused because everyone you interact with has a different idea about player selection, formation and position.

The Nigerian fans in Russia would tell you that the reason we lost that first match was because the Russian authorities didn’t allow them bring in live chickens into the stadium, as if to say our past international victories have been because of these feathered talismans and their supposed potency.

I feel for our National team, but I also feel for one player in particular, who by the way isn’t Nigerian. I really can’t imagine how I’d feel if every time I wrote something – a poem, short story or novel, it got compared to someone else’s work, as if the whole point of publishing it in the first place was to have the work dissected line by line in juxtaposition with what that literary rival had written before.

If people were to read my books, only to see if it was better or worse than what a particular contemporary has written, I’d be super-pissed. That, I’m sure must be how Lionel Messi must be feeling right now.

In fact, that, I’m sure must be how Messi must have been feeling for many years now. Why would fans never stop bringing up Cristaino Ronaldo whenever his name is mentioned? Who created the rivalry between them in the first place? I don’t quite get it, because for some inexplicable reason, it is just not possible to talk about one without the other and it must really suck to be Messi watching Ronaldo score a hat-trick against Spain, knowing that he had to better that or he was toast.

As it stands, I don’t know of any rivalry, be it in sports, politics or business, greater than the Ronaldo and Messi match-up. And I must confess, I feel terribly bad for Messi because I am proudly Team Messi in this one. But I’m afraid I’d have to admit that Ronaldo just might be the G.O.A.T, judging from his performance at the World Cup so far

Another player I feel for right now is the Egyptian striker and Liverpool game maker, Mo Sallah.  That injury to the shoulder on the final day of the Champions League, when Liverpool played against Ronaldo’s Real Madrid, all but crushed his World Cup dream even before it started. His country and teammates had placed so much expectation on his injured shoulders and it didn’t hold up.

So come to think of it, maybe it is right to think of Ronaldo as Messi and Sallah’s nemesis after all. The problem, as I close, is that I don’t know who or what is Mikel’s.

Joe Hanson: How to Identify Your Weaknesses as a Master of Ceremonies