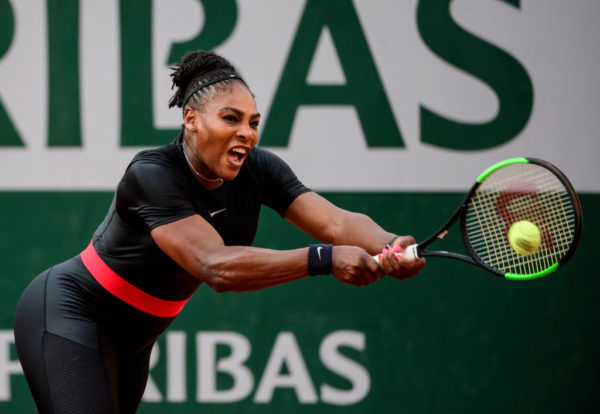 23-time Grand Slam winner Serena Williams has withdrawn from her French Open match with Maria Sharapova over an injury.

A disappointed Serena made the announcement just before both players were due on the court, Guardian reports.

Unfortunately I’m having some issues with my pec muscle. Right now I can’t actually serve so it’s kind of hard to play.

It’s very difficult. I love playing Maria. I’ve made every sacrifice I could. I made a commitment to myself and my team that if I wasn’t at least 60% I wouldn’t play. I’ve never felt this in my life. It’s so painful.

She shared that she had an MRI scan on Tuesday. She’s was really hoping she’d get better, she continued. She said:

I’m beyond disappointed. I gave up so much from time with my daughter & time with my family all for this moment. So it’s really difficult to be in this situation.

I thought [doubles] was a perfect opportunity to see how I was going. I tried a lot of different tapings and support. It didn’t get a lot better.