Atoke's Awkward Banter: For the Less than 10% Who Lie About Rape 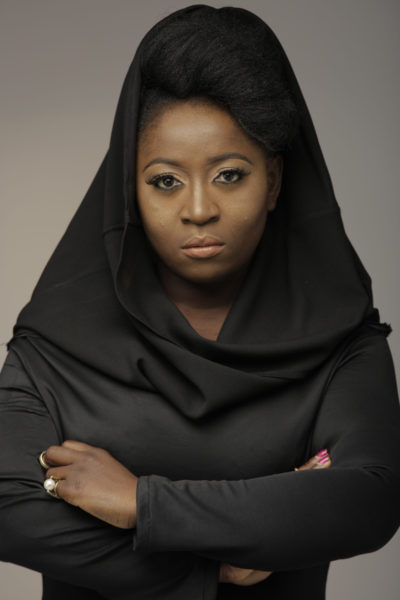 In a scene from a Yoruba movie titled Ko S’orogun – No Rival (Produced in 2002, directed by Wemimo Olu Paul) a woman’s financial and sexual patron dies unexpectedly (well, the Grim Reaper doesn’t exactly go around giving a notice of arrival). This woman realizes that she is unable to pay her rent without her patron. The Property Caretaker comes in and asks her to vacate the property with immediate effect. Stranded and out of options for keeping her accommodation, she decides to exchange the promise of sexual favours for the right to room and board. She casually touches the Caretaker’s shoulder and informs him that her previous rejection of his sexual advances has now been rendered null and void. She states categorically that she is now down for whatever.

Caretaker, disbelieving, hesitates; however, this is a woman with a mission. She begins to take off  his clothes. She takes off his hat, caresses his face, and places a light kiss on his cheek. The man is tickled beyond measure now, his excitement is palpable. He is vibrating with anticipation, but he remembers he has collected rent from a replacement tenant. He asks the woman for her new address. He was there to evict her; where were they going to continue this new budding relationship offer that she had just placed on the table? The woman shrugs and states that if she moves out, there’s no chance Caretaker will get the nooky. Caretaker muses out loud that he hasn’t, after all, issued a receipt to the new tenant. He reckons, it’s fair. No harm done… yet.

The woman continues the process of undressing him. Buba is swiftly taken off, and the pants follow quickly; this woman is deft in the art of unclothing. She undos two of her own shirt buttons, to give the Caretaker some form of assurance that she is all in. Then, she unzips her pants, and with one hand on her hip, she sizes the Caretaker up and asks him what he is trying to do. Are you trying to rape me? She asks, gesticulating at his partially undressed state. If you’re not trying to rape me, why are you undressed? The Caretaker’s confusion is unmistaken. But you initiated this, he says. Me? When? Her denial goes on for a while. At some point she starts screaming for neighbours to help her; her claims that the Caretaker is trying to rape her bounces off the walls, and he tries to muffle her screams with his hand. What does she want in return for keeping quiet? Well, if you’ve read it thus far, I’m sure you can guess… Free accommodation.

Data on rape and sexual assault, indicates that 1% -8% of rape allegations are false. According to a UK Home Office report, 4% of the cases of sexual violence reported to the police are suspected to be false. Studies around Europe and the US indicated 2% -6% of allegations are false. At the time of writing, I was unable to get conclusive data on the the rate of false accusations of rape in Nigeria. However, infinitesimal the general number seems to be, there is no denying that these numbers represent people. These people, deserve to be heard and recognised. They are not just statistics; they are people, living and breathing. They are people who have to deal with the consequence of lies.

Where an allegation of rape is found to be false, there is no criminal defence available to the wrongly accused individual; said innocent person is only able to bring a civil action against the accuser to claim for damages.

It is difficult to imagine what a person goes through, when their image is tarnished, based on a false accusation. The burden of proving that they in fact obtained consent, or are innocent is on them. In addition, they have to try to understand the intent of the accuser.

Why would anyone lie that they were raped or sexually assaulted when they were not? Does anyone do it for fun? Is it simply for malicious intent? Or like in the case of the character in the movie, as blackmail in exchange for financial gain? Has anybody ever gotten brand endorsements or social influencer status from being a rape victim? Why are you falsely accusing people of raping you? Why are you going around telling lies?

Do false accusers understand the damage they do to actual victims of rape? For every lie that is told about sexual violence, there’s 99% of women who get their true stories invalidated, because there’s a 1% chance that someone is telling a lie.

What you believe is a simple lie, or a quiet fib, to get out of paying your bills, or to assuage your hurting heart is core factor in why real victims do not speak out.

In a country like Nigeria where women are not taken seriously when they speak out about rape, you constantly hear stories of “so many lives being destroyed by false allegations”. The “so many lives” form 1% -6% of rape allegations. Men lie; women lie, but numbers do not. The work to reduce and eliminate rape in Nigeria is constantly watered down by the negative effect of these lies, and that is why they need to stop.

If you have an issue with someone, resorting to accusing them of raping you is certainly not the way to go. It is assumed that you know this, but simply do not care. However, I’d like to appeal to whatever bit of humanity is left within you, to cease and desist from this approach to get payback for whatever slight or wrong you may feel.

In countries where there’s accurate data collection and a valid reporting system, there are effects to being on the sexual offenders list; so if a person is found guilty of rape, they are automatically flagged as a sexual offender, thus limiting (if not eliminating) the possibility of the crime being committed again. However, in Nigeria, the worst that can happen to a person who is accused of rape is loss of social capital. Even then, said men still manage to find women who will defend them, and ride for them till kingdom come. What’s the worst that will happen to someone that you falsely accuse of rape? What? Do you think they will be ostracised? No! Because we have short term memories and we’re largely forgiving of crime and criminals.

Think about it! This is Nigeria; it is a patriarchal and deeply misogynistic country. Will the person get fired? Maybe, maybe not. Will someone re-hire them? Chances are that they will. There’s no actively updated sexual offenders list (In 2014, Babatunde Fashola as Governor of Lagos State, signed an executive order to establish a sexual offender’s list.) The person you’ve accused wrongly is not going to become a social pariah. Why are you, then lying? If you’re lying because someone broke your heart, hurt your feelings or stole your cat, what do you stand to gain?

These false accusations have a deeper and more lasting impact on actual victims of sexual violence. We live in a society where the default position is to assume the victim is lying, and this is further perpetuated by liars in the 1% margin. It makes no logical sense, when there’s a preponderance of victims, which very obviously tip the scale. However, misogyny reigns supreme. The numbers say one thing, but the society chooses to wield the sword of the less than 10% of people who have been wrongly accused.

Nigeria has a prevalent rape culture. We have a long way to go in terms of reporting, victim support, prosecution and even rehabilitation. Don’t add to our problems by lying. Rape victims don’t need one more person telling flimsy lies about sexual violence.

Do whatever you want with your genitals, but don’t lie about rape…EVER!

If you lie for attention or public sympathy, stop it. If you’re tempted to lie about rape just for the heck of it, do not. It’s not fun and games for victims of rape. It is horrible trauma that I won’t wish on my worst enemy.

We’re hoping to disabuse people of the notion that disbelieving a victim is the first course of action, liars and false accusers are not helping the situation. If you need to get someone back for hurting you or wanting to collect their rent, find something else. Please stop using rape or sexual violence as your tool. It’s stupid and insensitive.

PS
If you are a victim of sexual violence/assault, please report to the nearest police station. Go immediately, do not wash your clothes, or take a shower. Report immediately.

Remember, you are not alone. I stand with you. You are NOT alone.

You may also contact the following places in Lagos:

Nafisa Atiku: We Need to Lay Down the Arms of Tribalism to Achieve a Cohesive Nigeria

From a Hobby to Profession! Find Out How Aham Ibeleme Became One of Nigeria’s Most Sought After Celebrity Portrait Photographers