Nafisa Atiku: We Need to Lay Down the Arms of Tribalism to Achieve a Cohesive Nigeria 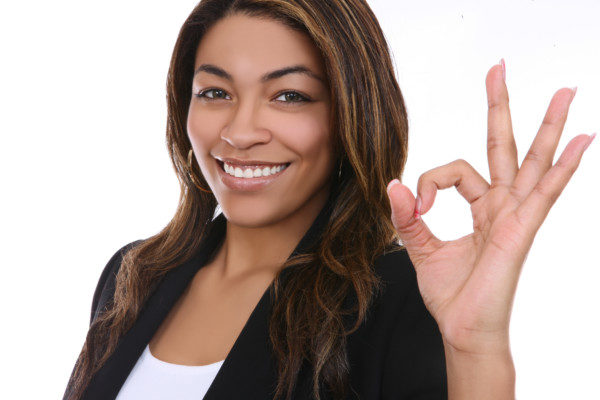 I am essentially a detribalised Nigerian. My mother is from Delta state and my father Fulani. As a young child, I was never aware of the distinctions between tribes, I just knew, we were all Nigerian. The only indication that perhaps the marriage of my parents was somewhat unusual was when I told people where I was from, people would have this shocked expression on their face. Then they would say, ‘Your mother tried o. How did she manage to marry a Fulani man?’

I didn’t understand. I just thought it was because of the distance. Well, I was a very young child then.
I was born in Lagos, lived in Port Harcourt for the first nine years of my life, moved to Lagos, schooled in both Epe and Ogun state for my secondary education before I finally went to Enugu for university. Did my law school in Lagos, NYSC camp in Kebbi eventually finished up service in Ibadan and currently shuttle between Lagos and Abuja for work.
These do not include the trips we embarked on for vacation. Growing up, I never saw tribe. The fact that you were Yoruba, Igbo, Hausa, Igbo, Efik or Fulani never mattered to me. It wasn’t just important to me as a person.

That changed in university. The most important event that made me realize we had a problem with social cohesion in our society was in my third year. We all had to submit our course registration papers for our before exams, so we were all lined up at our year tutor’s office.

When it was my turn to submit my papers, and I handed them over to her. She took one look at my name and said, ‘So it’s your brothers killing our people?’ I didn’t understand. I was shocked. Did I mention she was from the East? It hurt. After then, I became more conscious of statements that would try to describe a person according to the perceived or assumed traits of a particular tribe. Because I was schooling in the East, to prevent further tribalistic statements, I took on another name; ‘Emmanuella’. From then on, most people called me ‘Ella’. You see, I was sort of contradictory. Muslim name, but Christian faith. My identity underwent an overhaul.

Societal issues always affect everyone on a personal level. Never think you’re safe. Nobody is.
As time went on, the issue of social cohesion became more obvious. I faced it during NYSC in the Oyo state Ministry of Justice when a clerk told me that it was my brothers that were destroying his farm. I faced it on the streets. I wrote about it and what it was costing our country. Voting decisions based on tribalism.
However, when the world cup came; it was an entirely different story.

When Musa scored the goal against Iceland, the Igbo man rejoiced forgetting that Musa is from Borno State. The Yoruba man clinked glasses with his Hausa neighbour when he scored. When we lost to Argentina; we all mourned with them. It wasn’t simply a loss for the Super Eagles, it was a loss for us all as Nigerians. I remember how we all forgot our differences and sat down shoulder to shoulder, elbow to elbow to watch France defeat our sworn enemies Argentina. However when the match was over, we rose remembering our old resentments and injuries. We forget that progress is found in new beginnings and not rehashing the wounds of our forefathers.

In South Africa, Nelson Mandela used the tool of the national sport of rugby to lessen the tensions between the different tribes in the country. It seems as if sports might not be enough to pacify old wounds but wholesome leadership which represents the totality of our people in all respects, and a willing nation ready to lay down their arms of tribalism to forge a brighter future for the next generation.

Atoke’s Awkward Banter: For the Less than 10% Who Lie About Rape