BN Presents Beyond the Three: From the Kagoro Hills, Joan Talks About the Oegorok People 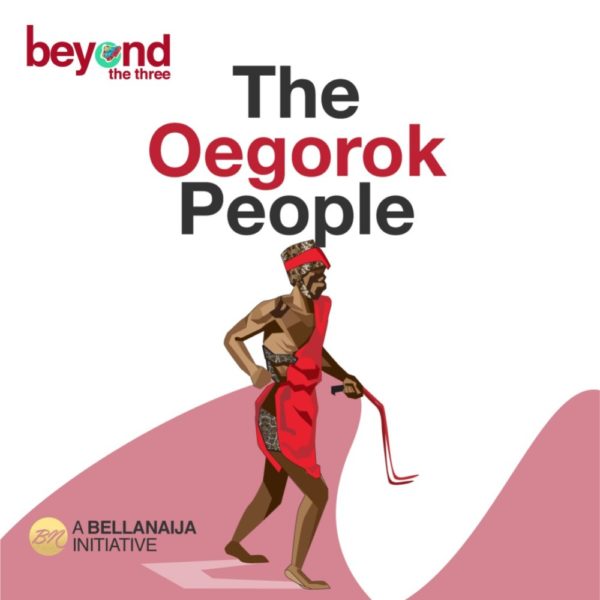 In the first edition of this series, we were introduced to the Idoma people; this was followed by the Esan people. This week, we’re going a little up north to Kaduna state, where Joan talks about the Oegoroks! We’re super excited about this story because when we received Joan’s email, we knew we absolutely had to share. Here’s what caught our attention:
“The debate that all people from Northern Nigeria are Hausas has been ongoing for generations, and it would be a great thing to educate the world that other tribes with different cultures which are way different from the Hausas actually exist. It would be a great honour and a sense of pride to the Oegorok land to be given this wide audience.”

***
What is your name and what does it mean?
I actually have two Oegorok names; the first being Kachio which means If you put something/invest something, the second is Yakandi which means Who have seen.

What is the name of your tribe and what language do you speak?
My tribe is Oegorok also known as Kagoro; our home is found on and around the Kagoro hills and some of us can be found in and around Kafanchan all in Southern Kaduna, Kaura local government and Jema’a local government. We speak Oegorok.

Tell us about some of the unique rites and cultures about your ethnic group
Naming style
Names are given to a new born by the head of the household first. The parents and other members of the family also give names to the child. Names are usually given based on present or past events surrounding the birth of the child. In some polygamous homes, certain names could be given by a mother to her co- wife to make a statement.

Weddings
In ancient times, stealing of wives i.e it was legal to steal another man’s wife and pay her family later. There was also the kidnapping of unsuspecting brides, but with agreement with her family. This was common marriage practice; in recent times, after courtship the groom to be meets with his intended’s family to fix a date for the introduction. At the introduction, after confirmation from the bride, the marriage list and bride price amount is given to the groom and his family. Another date is fixed for the items to be brought, the bride price is paid and the money is given to the bride she in turn gives it to her father. The alcohol and local beer in the marriage list is shared among the male folk. This is called AKAN DIO. Food is cooked and shared for the clansmen to celebrate the union. The bags of salt and maggi on the list is shared amongst her female relatives and women in her clan. Gifts are given to the bride to help start her home e.g kitchen wares and furniture.

Ruling class and governance
Oegorok leader is called the Oegwam Oegorok. He is picked from the ruling clan known as Kalahu clan. There are 3 ruling houses in this clan known as; Kamank, Afuwai and Tukum. At the death of an old Oegwam, candidates are presents from these houses, and a suitable candidate is picked. The Oegwam is the ruler, but for easy governance Hakimis and Dakacis are installed. The present Oegwam Oegorok is HRH Ufuwai Bonet OFR.

Death and internment
A deceased man/unmarried woman is brought back home to be buried. A relative of the deceased from another clan has the first dig of the graveside before other clansmen join in. A married woman is buried in her husband’s home.

Outfits
Prior to the missionaries’ influence, we wore animal skin known as kwu but we now wear a woven material and its colour closely resembles that of the animal skin as our native wear.

Food
Our native food is local beans cooked with palm oil and black benniseeds (Jinjok nbyang ameo-nkwan), or a local millet broth known as tabwoi. We have special love for dog meat; a celebration is not complete without dog meat and local beer.

What do you love about your culture?
We have utmost respect for heirarchy, everything is done orderly with respect to heirarchy, from decision making to local domestic affairs.

Our local doxology
Uzah u’nwak kai’ndah
Oe’ tin ufah chip
Oe’ shio usarag
Oe’ nat uyit, oe bait bi nyam
Zam!
It means may God provide us with peace, deliver us from evil, bless us and provide for us abundantly in the new year. It is said at the beginning of the year, which is also our annual Afan festival.

What are the things you don’t like about your culture?
Just like most African cultures, the strict patriarchal system.

Awesome! Thanks for chatting with us, Joan.  Find out more about Beyond the Three series HERE. Click HERE to read more entries in the series.