BN Presents Beyond The Three: Proudly Idoma As Told by Emiene 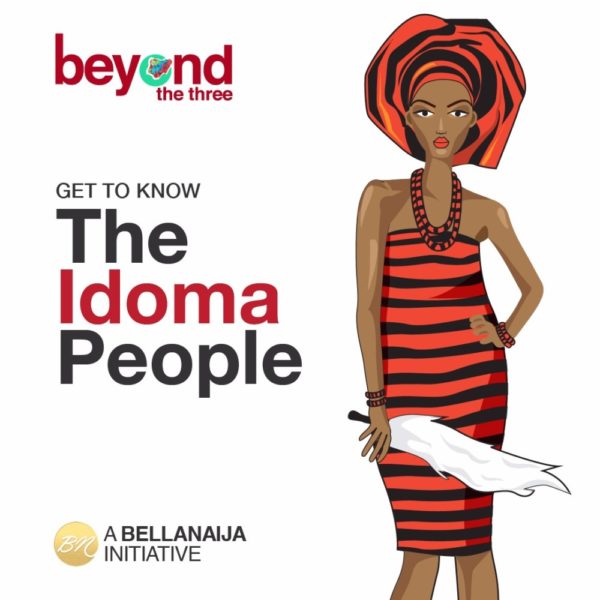 Beyond The Three is a new series on BellaNaija where we celebrate and spotlight every tribe and ethnic group that is NOT Yoruba, Hausa or Igbo. We invite ALL BellaNaijarians to be a part of this initiative. We’re kicking off the series with the Idoma people.

BellaNaijarian Emiene Odaudu has kindly offered to tell us about the Idoma people of Benue State.  Idomas are found mostly in Benue state, but there are some other tribes that speak variants of the Idoma dialect in Nassarawa, Enugu, Cross River states. Emiene is from the Otukpo local government.

***
What does your name mean?
Emiene is derived from Emiene Owoicho miowu, meaning God has the final say.

What is your language called and do you know how to speak it?
My language is Idoma and I speak it fluently. The Idomas are mostly found in Benue state. But there are tribes that speak variants of the Idoma dialect in Nassarawa, Enugu and Cross River states.

Hospitality
The Idoma people are very hospitable people. In Idomaland it is believed that only a stingy person will ask someone if he/she wants to eat. If you want to give someone food you just give him.

Weddings
Our weddings are very simple ceremonies. When a man has found the woman he wants to marry, he informs his mother, who in turn is at the forefront of convincing the woman and her family that her son is the “best”.

Where the mother of the man does not lead the way, it is assumed she is not in support of the marriage. She may, however, be excused if she is indisposed or too old. But she then has to appoint someone to act on her behalf.

Food
The staple food is pounded yam and the soup of choice is “Okoho”. Okoho is a very slimy soup made from a plant called Cissus populnea (Google helped me on this one as I did not even know it had an English name). It is also called Dafara by the Hausas and Ajara or Orogbolo by the Yoruba. Okoho is the soup of choice at ceremonies and is prepared with “Ichanyi” or egusi balls (Yum!) Any self-respecting pot of Okoho soup knows it is not complete without assorted bush meat and dried fish. The soup is usually prepared without oil and best eaten with pounded yam, any other swallow would simply desecrate the sanctity of the soup.

Idoma men, as part of their culture, do not allow women to pound yam.

Death & Internment
In Idomaland, when a person dies, an inquest is usually held as part of the burial ceremonies. During the inquest, all sides of the deceased family are usually represented. If the deceased is a woman and she was married, she is taken back to her father’s compound to be buried and that is where her inquest is held. There is usually a go-between during the ceremony who goes back and forth to state the position of each side.
If there is any suspicion that the deceased did not die a natural death, anyone suspected of having a hand in the death is usually requested to swear to an oath usually the Alekwu ancestral spirit for people from Otukpo where I come from. This is however not mandatory as some people who were accused failed to swear to the oath. It, however, means that the person will always have that cloud of suspicion hanging over his head.

Age grade system
The age groups help families during festivities like marriage and even burials with the women cooking and the men helping to pound yam which is a staple food.

What’s that thing that you love the most about your tribe?
I like the simplicity.

What’s that thing you don’t really like about your culture?
I do not like the fact that some parts of our culture, like the Alekwu tradition of the Otupko people, is restricted only to men. I wish it were more open.

Share a proverb/folklore that is native to your people
It is only when a blind man steps on a stone he starts to insult you.

Thank you Emiene, we appreciate you for taking time to introduce us to the Idoma tribe.

If you liked this story and would like to tell us about your ethnic group, find out how you can be a part of the series HERE.

Here’s Why You Need to Get Involved & Be a #PVCitizen