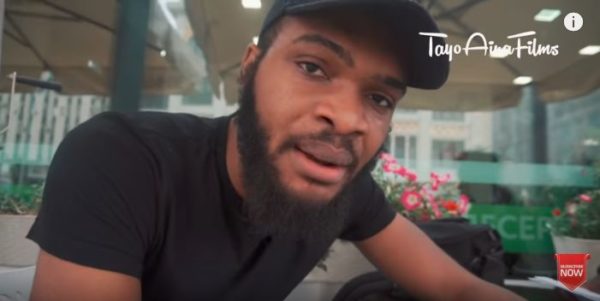 A Russian NGO called Alternative had revealed that hundreds of Nigerians are stuck in Russia after being scammed into buying fake tickets back home.

The Nigerians are fans of the Super Eagles who went to see their team play in the 2018 Russia World Cup.

Upon hearing the news, Tayo Aina, a Nigerian who resides in Russia, decided to visit the Nigerian Embassy to see what assistance he could offer.

Although he discovered the stranded Nigerians have been lodged in hotels by the embassy, he met Wale Lateef, one of the stranded persons, and asked that he tell his story.

Lateef revealed that he’s so far bought two tickets back home, both of which he’s unable to use.