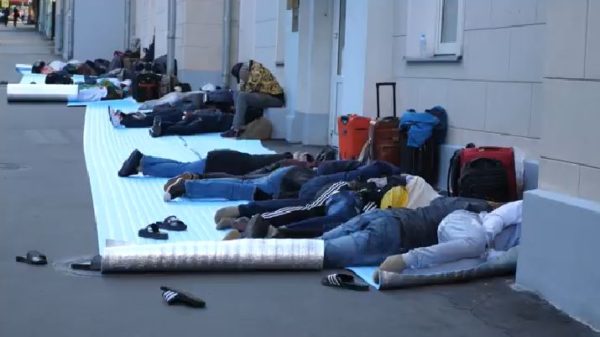 A Russian NGO has revealed that several Nigerians who went to see the World Cup are stuck in Russia after they were scammed into buying fake tickets home.

200 Nigerians are said to be stuck in the capital city Moscow, and 60 reportedly spent the night in front of the Nigerian embassy.

The embassy has promised to accommodate them for two days, but no plans have been announced for when that time has elapsed.

The Russian NGO “Alternative” is currently their only help.

Watch a video about their troubles