Ibukunoluwa Ajayi: You're a Warrior! Embrace Your Battle Scars 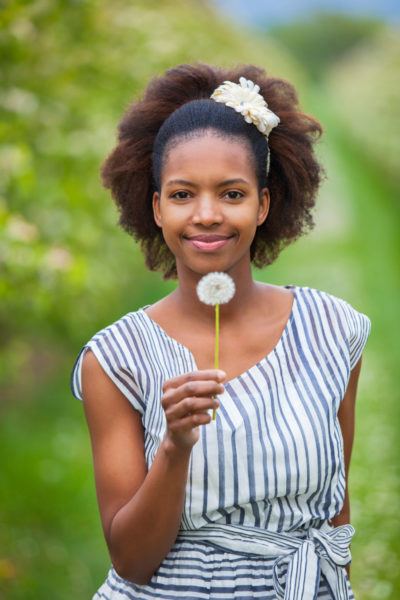 Most people have a scar or more on them. Some are physical scars, others emotional.

Scars never look pretty and the places they appear never really look the same. We get scarred as a result of injuries sustained, battles fought, toxic relationships and illnesses that leave a lasting mark.

The general mindset we all have is to hide every scar. Cover them up, keep others from seeing them. We are ashamed of our scars; they remind us of a time of pain and struggle.

Every time we slip up and someone gets to see them, we hide them quickly and wish we could wipe the memory off the brain of the person who saw them. I personally was the worst of them all. I have a lot of scars from years of surgeries and treatments.

I used to be the “Queen of Hiding.” Long skirts, boot cut trousers and long dresses were my forte. Before now, you would never see me out of my house in anything that would show my scars. But one day my best friend told me something her brother said.

She was like me; due to the fact that she was always ill (thanks to sickle cell anemia), she had needle scars from the constant poking and injections and she wasn’t happy about them. She was talking about them one day and her brother said: “These are battle scars.” For every scar you have, you won a battle.

Until that moment, I had never thought about it that way. It just occurred to me then that I have them because I won! I defeated the illness and I have the scars to show for it. I am a warrior.

Scars result from the biological process of wound repair, thus scarring is a natural part of the healing process. Why then should I be ashamed of them?

When warriors return from battle, they are celebrated for winning and they show off the scars they have. So why should I hide mine?

Scars are a sign of victory. They are there to remind you of a time you won a battle. You shouldn’t be ashamed of them or hide them. You should show them off and use them to encourage others who are going through the same ordeal you passed through.

#PVCitizen: Only 3 Days left to Get Your PVC

#PVCitizen: 3 Easy Steps to Getting Your PVC