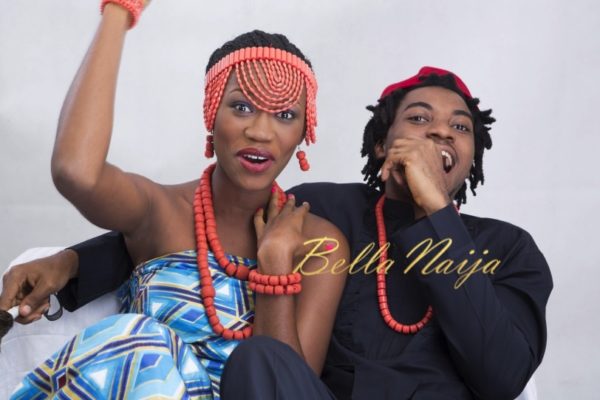 My family is away on vacation and I have the whole house to myself. The first three days were magical; I couldn’t believe the quietness and not having to bump into anyone in the hallway, the bathroom or the study. I can’t even describe the feeling of having absolute control over the remote control and not having to feel guilty about monopolising the living room or depriving the others from watching the programmes they like, or from using that space with me because I have guests.

The first night they left, I made white rice and chicken stew. The next night, it was spaghetti and fried fish; and the night after that, I made pepper soup and unripe plantain – the Niger Delta style. I guess I’m a foodie like that.

By the fourth night, I managed to boil yam and fry two eggs. I was making noodles by the fifth, and now it’s just cereal, because all I have to do is pour water into a bowl and add water, milk and honey, and then it’s off to bed. Ha, it’s not easy! Let me not come and kill myself because I want to form celebrity chef.

Did I mention the day I started boiling eggs so I could at least spice things by adding sandwich to my cereal? Well… I dozed off while watching Channels news at 10pm. Thank God it was only the kettle I burnt and not the whole kitchen. So I had no option but to interpret the burnt egg offering as a sign from above, warning me to stay off the kitchen if it’s not to get cornflakes or heat up my takeaway dinner from Kilimanjaro, the closet fast food restaurant to my house.

I’ve kept the fact about my steady decline from eating healthy self-cooked meals to buying suya from the aboki at the junction, which I wash down with a bottle of chilled CocaCola from the fridge away from my folks because they won’t let me hear the last of it. After all the bragging I did about my culinary skills, which I get to demonstrate in the house every now and then by the way, the joke would be that I didn’t have staying power when it came to the business of managing pots, pans, and cooking ingredients.

Clearly, my attempt at domestication isn’t working, and I can’t wait for the holidays to be over. It’s not just about the food and kitchen duties, it’s the whole silence that was cool the first few days after they left. Now, any other voice in the house that isn’t mine, even if it’s just Wolf Blitzer on CNN or Funke Akindele on Jenifa’s Diary or in a movie is welcome.

Sometimes, I turn on all the television sets in the house and increase the volume really high so it sounds like one set of people are having a conversation in one room and another set of people are in another room shouting back just like the kids would have been doing, arguing about whose turn it was on the video game console or whose turn it was to watch something on TV if they were home. I deliberately leave some of the doors in the house open, so it gives an impression there are other people in the house beside myself and I sleep in two rooms. I start out in one and end up in another.

I miss the noise from the other rooms in the house and even the dog, Legend, doesn’t bark as much. He must be missing being chased around the compound and all the attention he gets from his now-holidaying buddies.

But this piece isn’t about Legend and how much he misses the kids, it is actually about women, all the hardworking career women and working class ladies – single, married, or widowed who multi-task and do so much to keep their homes and families happy and intact. Women who work just as hard as their male counterparts, maybe even more and still rush home to make dinner, help the kids with homework and prepare them for school and are still the sounding boards and chief advisers to the men in their lives. I don’t need a special day or occasion to write about or celebrate them.

Even though the world has told them and taught them repeatedly that they can only play one role, they have taught themselves that they could play several at once and still be good at most, if not all. I celebrate my wife, my mother and my sisters for being such women. And I know there are several more out there, some of whom you know.

I saw the story about Beyoncé Knowles and Serena Williams, and the hard time they hard with their pregnancies and deliveries. A good number of women have similar stories to tell and it’s something we, the men can never comprehend fully because our deed is done very early on in the process. But it’s not so for the women, some of whom are forced to make career-and-life-altering decisions, once the babies start coming.

Though it might be the way nature has designed it, but please let’s not take it for granted. Let’s always support them so they don’t get to give up their careers or even their lives just because nature have made them women.

Joy Eneghalu: 10 Tools You Can Use For Social Media Marketing