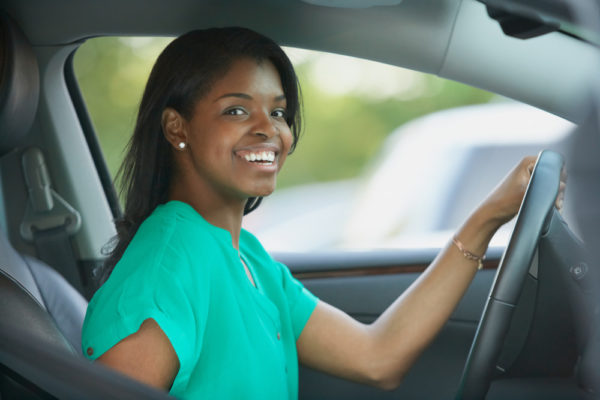 On a beautiful Saturday night the good Lord made, I was lounging on my bed making MTN very happy with all the Instagram videos I was watching when my phone beeped, “Adanna we are going to Aba tomorrow.” It was from my twin-cousin Omada. This was almost 12 midnight, and a trip to Aba was definitely not something I wanted to do, especially since I had never been.

I was restless all night. My mind was flooded with thoughts of how I would survive in the midst of the Umu Aba that I grew up hearing about. Also, the thoughts of the mountain of filth and mud I always saw on my way to Port Harcourt filled my head. I couldn’t sleep. I tried to conjure up a lie to tell her in the morning, but she knew me like the back of her hand so I was in for it.

The next day, I didn’t hear from her in the morning. Once it was 12 PM, I broke out my happy dance since I was sure we wouldn’t be going anymore.

1:15 PM: “Adanna our bus is by 2.”  I almost died but thank God I didn’t ‘die die.’ As soon as the text came in, I started throwing things in my bag. First was my wrapper to cover whatever bed we would be sleeping on. Other things came second. No makeup was packed, and a perfume lover like me left her perfume. After all, it was Aba we were going to. No time for any ajebo.

On our way to the park, Omada called my auntie who bought materials from Aba. She asked that we keep our phones at home and take a small Nokia because they were definitely going to get stolen. I nearly gave up again. I had just one phone, just one that meant a lot to me, and if anything happened to it, there would be no time for any twinnie anything. See, I was not myself at all.

We used ABC transport because we thought them to be the safest and most reliable, but halfway into the journey and in the middle of nowhere, the bus broke down. In my mind, I concluded the Lord was getting us ready for a long battle ahead. Omada, Chioma and I sat calmly in the bus. Or so they thought. It was a disaster inside me. I was so scared for my dear life. I couldn’t imagine getting attacked because I was going to buy asoebi material. The same asoebi I have written articles about. See the wahala common asoebi can cause?

Luckily for us, the bus got fixed. After a little while, though, it broke down the second time, thankfully, in a busy place this time. So we all got down and waited for it to be fixed again. Two and a half hours later, and about twenty Chic Choc biscuits down, we were back on the road. It was very late at this point and the road was dark and very bad. Two women in the back seat felt it was the best time to call on God, so they took out their earphones and started singing along. They were probably Sinach in their minds, but all we heard was speedy nwa mama singing bangdaradang or cash and carry.

At least a little entertainment and much needed comic relief for the journey we had had. We got to Aba safe and sound, then went to the hotel Omada’s fiancé recommended.  It wasn’t bad, just that they had too many rules, and the lobby looked like an Aboki’s shop with all the bathroom slippers and other wares they had on display.

We entered the room and that was when the disappointment started. There was no need for my wrapper, the bed was clean. The bathroom was in good shape and the water was very hot. The AC was also in perfect condition. I also didn’t see all that filth on our way in, but I felt it was because it was late. Aba was not as “abaish” as I expected.

I had a very lovely sleep and I found it difficult to wake up the next morning. In my mind, I was like, “Na Aba be this?”

Time to go to the market, I start to panic again. I even kissed my phone goodbye because my auntie was so sure it wouldn’t come back. I concluded Omada and Nnaemeka would have to buy me a new phone, nothing like sister or brother in this case.

We stepped out and boarded a keke. The guy was surprisingly pleasant – guess he was not a nwa Aba. The real ones should be in the market, I thought. To my utmost surprise, the market was a clean as a whistle. There were stones and glitters on the ground from all the lace materials. The people were civil, nobody was dragging anybody like is the norm in most markets. People were cordial in the shops we entered and even took us where we could buy the other stuff we needed.

We didn’t feel cheated, and most importantly, my phone was out chatting and making calls the whole day. Nobody even looked at it twice. At this point, I wanted to see that particular Nwa Aba Ruff Coin sang about, or the very violent ones we were warned about from day one.

Don’t get me wrong, the whole place needed to be fixed up. The roads inside the city weren’t so good, but it definitely wasn’t as bad as I imagined. Then again, it’s possible we just went to the more developed places. But me I don’t know where can be worse than the Peace Park we found ourselves in because we shopped till 4:30 PM and had to leave the same day. There was no agbero in sight, and it was oddly calm for a motor park, especially for a city with that kind of reputation.

I don’t know if something happened to Aba on that day or that’s how the place usually is, but I was pleasantly disappointed. I definitely have to go back there because the materials were really nice and very affordable. Ready to wear tailors, I know your secret now.

Where I finally had a feel of the Aba I had always heard about was a long way from Aba when some crazy dude drove like a criminal and blocked us because our driver insulted him at a police checkpoint a while back. He kept on raving about how he will ground our bus because he was the youth leader of the community and he was contesting in the forthcoming elections. ‘Ndi leaders aputasia.’

Also had another comic relief in the form of a pastor who sat right next to me. He made at least 100 calls on that trip. One particular one almost took me out. Sorry, two. He called someone and said, “Hello o Nna, nwanne gi nke a na ekpe ekpere. E ga bia my crusade na Enugu.” Like being a prayer warrior was an occupation. He called another innocent woman to tell her he was going to the mountain to do something for her daughter and that he needed four cubes of sugar and aki hausa and some other things I didn’t really get, I was guessing ijebu garri and water, so the woman should tell her daughter to send money to his account. I was confused on what he would be using the cubes of sugar and aki hausa for on the mountain. Any which way na way and man must chop. God, please forgive me.

We got home safe and sound and I didn’t kwa aka na tipper bu aja ( in ruff coins nwa Aba’s voice). That been said, I was amazingly disappointed, but that doesn’t mean the city is in good shape. That roundabout filled with green water was still a horrible sight and that was one of many. #levelup.

When I spoke to a friend about my trip and how cool the people were, he laughed and said: “you have to go to Ariaria.” I guess that’s where all the umu Abas are.

Joe Hanson: How to Earn a Living as a Master of Ceremony