Adefolake Adekola: How Deforestation Affects Us In Nigeria 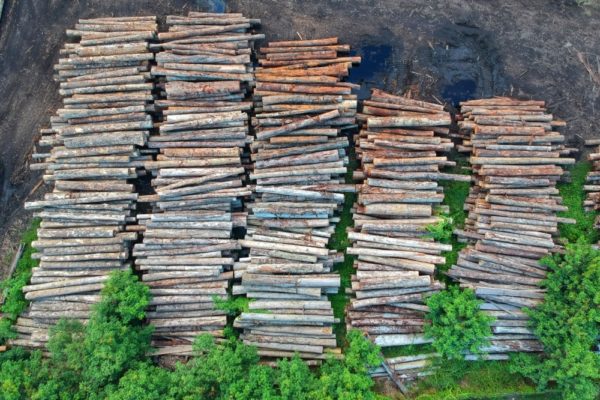 The king of a small community passed away at the good old age of 96, somewhere around Ile-Ife in Osun State known as Modakeke. He was referred to as the Ogunsua of Modakeke.

As a sign of mourning and respect for the late Oba Francis Olatunji Adedoyin, all the trees in the community are to be cut down.

Abuja, the capital of Nigeria, recently experienced an earth tremor and this had everyone worried. Are natural disasters to be a common occurence in Nigeria? What could have caused this? Well, I can tell you for sure that deforestation might not be the singular cause, but it’s definitely one of the causes. This is one of the many environmental issues we need to pay attention to.

Deforestation is the felling/clearing of trees in large areas for different purposes such as farming, urbanization, timber production  (logging) and much more.

Every minute, about two thousand trees are cut down, and about 36 million acres of natural forest is lost each year.

According to the Food and Agriculture Organization (FAO), deforestation in Nigeria is at about 3%, making Nigeria one of the ten countries in the world with the highest rate of deforestation and the second highest in Africa.

1. Water Cycle
When the trees are cut down and are not replanted, the forest is destroyed, and the water table and water bodies are also affected. A large percentage of the water that circulates in the ecosystem is retained in trees and their roots. When deforestation occurs, small streams and lakes dry up.

2. Soil Erosion
Nigeria has experienced soil erosion over the past few years often as a result of heavy rain downpour. The empty pockets created as a result of removing of trees leaves the soil/land bare. When the rains come, it washes down the soil surface and causes erosion.

3. Loss of Biodiversity
Animal species, especially wildlife, are endangered when their habitat is threatened as a result of deforestation. Often times, it leads to the extinction of a particular species of wildlife. Studies show that between 50-100 species of animals are lost due to the destruction of their habitats.

4. Climate Change
Carbon dioxide (CO2) is a greenhouse gas absorbed from the atmosphere by plants and used to produce food, through which they give off oxygen. The destruction of these trees means that CO2 will remain in the atmosphere and will result in climate change and ultimately affect the human body.

What can we do?

A . Traditional beliefs should be re-evaluated as some are detrimental to the environment and will cause a decline in human health.

B. Teach timber production companies, farmers, paper companies, etc., the effects of deforestation. It is important they understand the implications and bring about solutions.

C. For every tree removed, two more should be planted (afforestation). This is one of the many ways we can save our environment.

D. The establishment of more parks and recreational centers will contribute to the restoration of the environment.

E. Increase recycling of papers to reduce the usage of new paper.