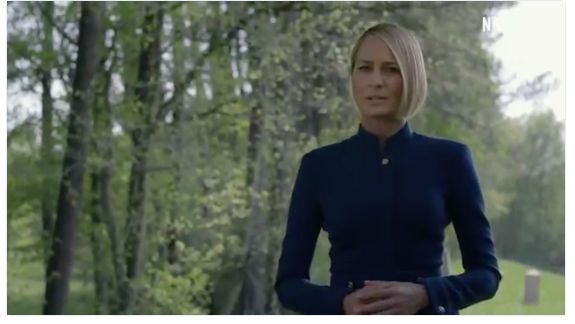 Spoiler alert: Kevin Spacey’s character, Frank Underwood, has been killed off for the sixth and final season of House of Cards.

The information was revealed in a new promo released tonight.

In the promo, Claire Underwood, played by Robin Wright, is speaking to her husband’s grave which is next to his dad’s gravestone and she says:

I’ll tell you this though, Francis. When they bury me, it won’t be in my backyard. And when they pay their respects, they’ll have to wait in line.

You should have known. pic.twitter.com/UFGplyDSY1

Stay Tuned to BellaNaija & BellaNaija Style as TIFF 2018 Kicks off! We’ve Got All the Scoop | #BNatTIFF18